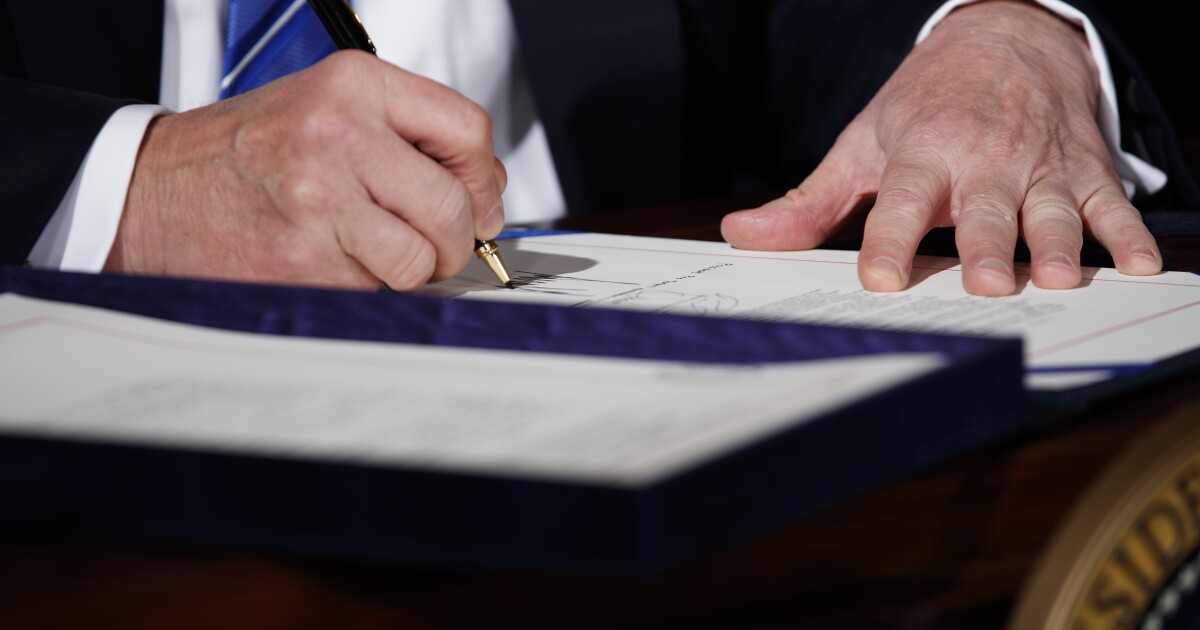 President Trump is insistent on pushing payroll tax cuts through executive action, according to a top adviser, even though employers have expressed little interest in the arrangement and it has allowed Joe Biden to attack him as undermining Social Security.

“He really wants to keep pushing the payroll tax cut,” said Stephen Moore, an outside economic adviser to Trump.

“Trump’s really frustrated that people don’t get this and aren’t taking full advantage of it. He truly feels it could be a big boost for everyday people and the economy at large,” Moore told the Washington Examiner. Moore met with Trump and multiple senior White House officials on Wednesday.

Trump, in August, created a way for employers to suspend payroll taxes for workers under a certain income threshold and has said that he hopes to get Congress to pass legislation to forgive the tax liabilities. The program has proven difficult and risky to administer, though, and virtually no companies have opted for it.

On the other hand, the maneuver has opened up a potent line of attack for Trump’s Democratic opponent.

“When we win I, as your President, will totally forgive ALL deferred payroll taxes with money from the General Fund,” Trump said in a tweet last week.

At the end of July, Trump said a payroll tax cut “would be great for workers.” Moore said Trump’s commitment to the tax relief is even stronger now because of the lack of another coronavirus relief package from Congress. Moore, who is also a columnist for the Washington Examiner, has personally discussed the payroll tax cut at least three times with Trump in the past few weeks.

Trump and his campaign have tried to turn Biden’s Social Security attack back on him.

“I will ALWAYS protect Seniors and your Social Security! Sleepy Joe Biden will do the opposite, he will raise your taxes and DESTROY our Country!” Trump said in a tweet last week.

Trump’s campaign has also noted that Democrats such as Biden, House Speaker Nancy Pelosi, and former President Barack Obama have supported payroll tax cuts in the past.

Yet Trump has faced pushback on the payroll tax cut from his own party as well, with congressional Republicans and prominent conservatives saying it’s poorly targeted, unlikely to be effective, and an unconstitutional power grab.

Some conservatives have said recently that there are even more Republicans against the payroll tax cut who are not vocalizing their opposition because of the fear of facing Trump’s wrath on Twitter or elsewhere.

Moore has written in the past that Trump wants to sign a bill that forgives the payroll tax payments from now, but Democrats, who control the House and are expected to continue to control that chamber after November’s elections, are not likely to pass such legislation.