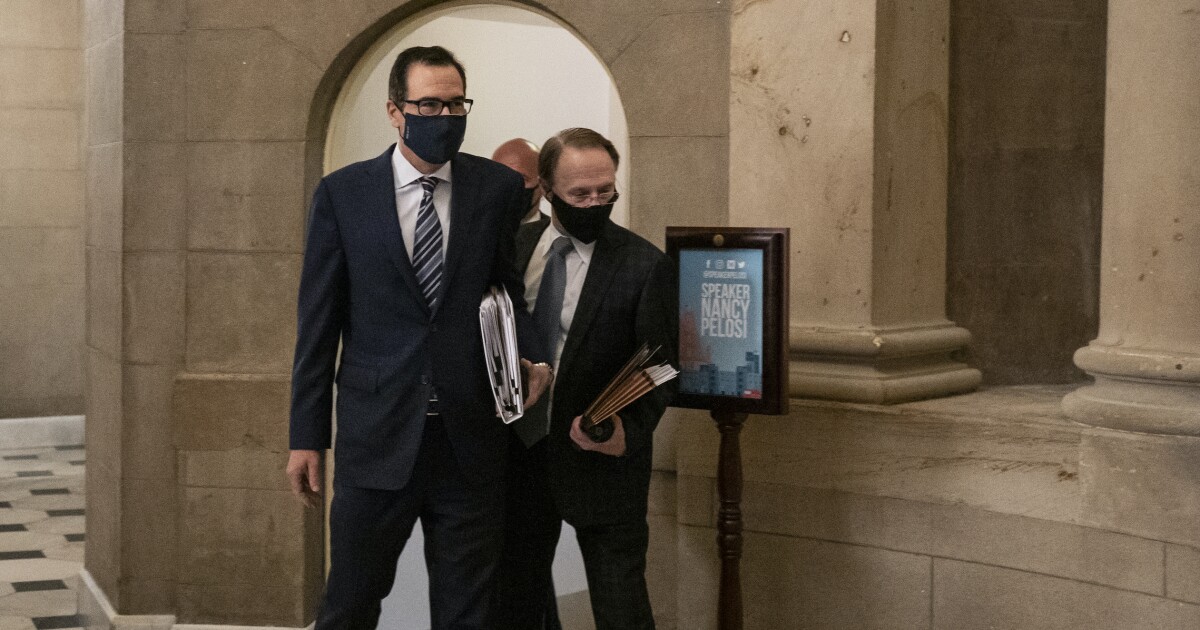 The CDC said in an order released Tuesday evening that it would temporarily stop renters from being evicted until the end of 2020.

Renters who make no more than $99,000 a year, or $198,000 a couple, would qualify for the rent moratorium if they are likely to become homeless if evicted, the CDC order stated.

Treasury Secretary Steven Mnuchin told a House of Representatives oversight panel Tuesday that the action would be a “real moratorium” but urged Congress to provide rental assistance as well.

He added that the “significant actions” would affect “close to the 40 million renters.”

Mnuchin said the new action would ensure people “don’t get thrown out of their rental homes” as a result of the coronavirus pandemic.

Generally, the federal government only has authority to implement quarantines at ports or across state lines. But the Tuesday order cites a section of the relevant law that allows for federal intervention in cases when the CDC director determines that the local government’s efforts won’t be adequate to prevent the spread of disease from one state to another.

In the past month, the White House and a growing number of congressional Republicans have voiced support for a renewal of the federal evictions moratorium put in place by the CARES Act relief bill in March, which expired on July 25.

Approximately 30-40 million people in the United States are at risk of losing their homes in the next several months without significant federal intervention, according to research released in early August from multiple universities and housing organizations. Furthermore, 29% to 43% of renters could be at risk of eviction by the end of the year.

“This unprecedented action is further proof that President Trump is doing everything in his power to keep the American people safe and secure in their homes,” said Ben Carson, secretary of Department of Housing and Urban Development.

HUD has already allocated nearly $10 billion in resources and rental assistance for families at risk of becoming homeless from the coronavirus, the agency said, and the Federal Housing Administration has extended its single-family eviction and foreclosure moratorium for FHA-backed mortgages through the end of 2020.