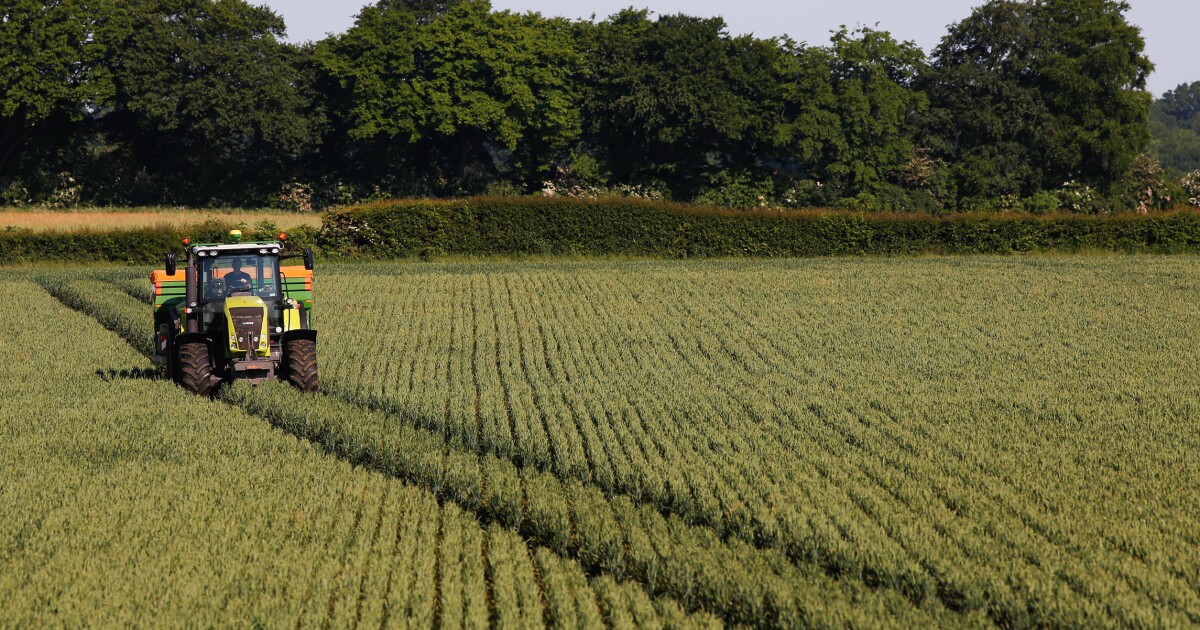 The Trump administration has doled out tens of billions in aid to farmers hit by the pandemic-induced recession and is looking to provide them more funds in upcoming legislation.

The historic assistance shows the importance President Trump and members of Congress place on the agriculture industry, which is spread across key swing states.

The House Tuesday passed a stopgap spending bill that will keep the government funded through Dec. 11 after the two parties worked out a deal to include $21 billion in Agricultural Department farm subsidies requested by the White House in return for $8 billion in food stamps that Democrats wanted.

The farm subsidies replenished by the House spending bill may go to farms and will particularly benefit producers aligned with Trump, some agricultural economists said.

“The Trump administration wants the farm subsidies to give a lot of money to his base of voters in rural areas less than two months before election,” said Anne Schechinger, senior economic analyst at the Environmental Working Group, a nonprofit advocacy group. “It makes one wonder about the timing.”

Most of the coronavirus farm subsidy payments thus far have gone to the largest and wealthiest farms, while many of the smallest farms struggle financially, Schechinger said, based on an analysis done by her organization using data from the Agriculture Department.

For decades, the Agriculture Department has used the Commodity Credit Corporation, which essentially functions as its bank, to provide funding to stabilize and support farm income and commodity prices through various subsidy programs.

These farm subsidies have already more than doubled from $15 billion to $33 billion since the beginning of the year as lawmakers responded to the pandemic-induced economic recession, according to the Taxpayers for Common Sense, a nonpartisan budget watchdog.

The farm subsidies will be simpler and easier for farmers to apply for in the coming weeks compared to earlier in the pandemic, which, some industry experts say, creates doubt about the program.

“The USDA subsidy program is designed to get cash to farmers as quickly as possible without asking too many questions and no restrictions on how they can spend it,” said Joseph Janzen, an agricultural economist at the University of Illinois.

Janzen added that most rural farmers and the agricultural industry have supported Trump and the Republican Party.

The process for determining subsidy size involves comparing the price of commodities a farm sold in early January, before the pandemic, to the price of the same commodities in late July. The difference between the two price points helps determine the size of the subsidy, which is limited to $250,000 per farmer.

Janzen said that the Agriculture Department “cherry-picked” the price data to make losses for farmers seem as large as possible to give them more money. He said that the price of most crops rose significantly from July to September, particularly big commodities such as soy and corn.

“Crop prices are looking much better than they have in quite a while. They’re not historically low, which also makes the timing of these farm subsidies a little strange,” said Schechinger.

However, the agriculture industry says the increased funding is justified.

“If the USDA doesn’t give farmers this money, it’ll be a huge disruption to their income stream,” said John Newton, chief economist at the American Farm Bureau, which represents the agriculture industry.

Newton added that he expects crop prices to drop from their current levels, creating even more of a reason for Congress to have provided farmers with the $21 billion in aid.

“Many farmers rely on these subsidies for their day to day living,” said Newton.