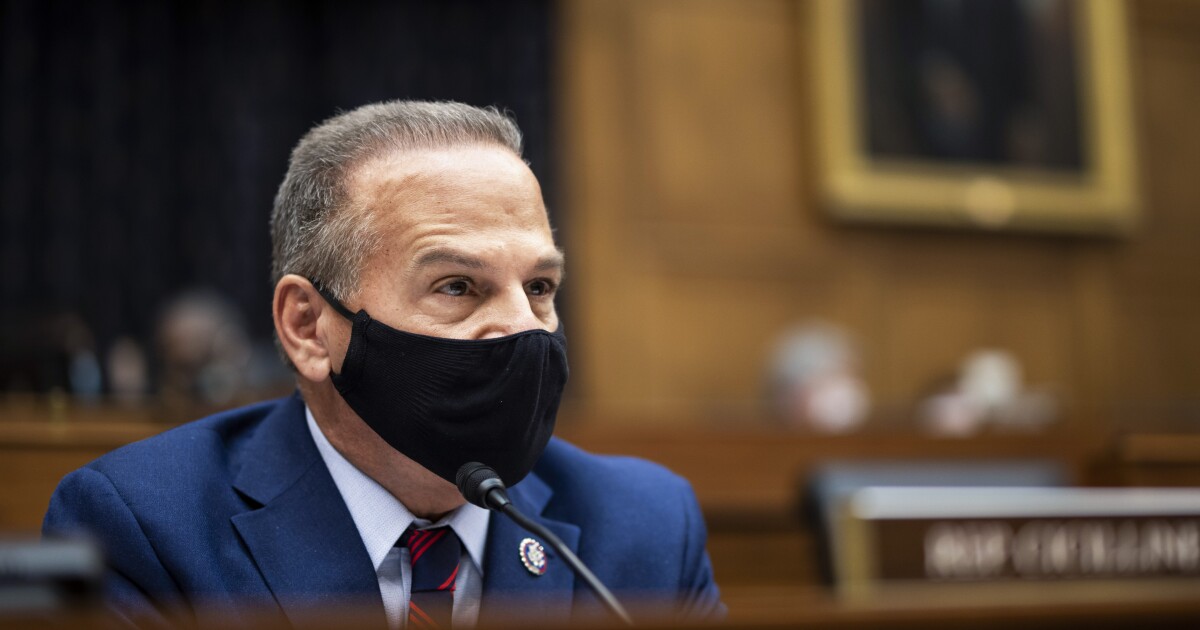 The Democratic chairman of the House antitrust panel will introduce bills to beef up antitrust agency resources and expand its authority, make tech user data portable, and stop unfair product discrimination as the first four parts of his flurry of new anti-monopoly legislation next month.

Those four measures, Democratic Rep. David Cicilline of Rhode Island said in an interview with the Washington Examiner, will have bipartisan support and will be introduced in conjunction with Rep. Ken Buck, a Colorado Republican and ranking chairman of the panel.

Two areas of disagreement between the parties, Cicilline said, are bills that would allow the federal government to break up Big Tech companies altogether and anything related to content moderation that might be introduced.

Cicilline announced earlier this month that he would be introducing multiple narrowly targeted bills, possibly more than 10, as part of his antitrust reform agenda to hold Big Tech companies such as Facebook, Google, and Amazon accountable for anti-competitive behavior.

“There’s considerable bipartisan support for additional resources at the antitrust agencies to make sure the DOJ and the FTC are properly resourced, so that’s first,” said Cicilline during an interview with the Washington Examiner.

He added that increased manpower and resources at the Department of Justice and the Federal Trade Commission, which the first bill would fund, should include “people that are sufficiently enthusiastic and creative and serious about the antitrust work.”

A second bill he will release would ensure data portability, or the ability for users to move their data easily from one online platform to another, and interoperability, a system forcing tech companies to enable their products and services to work with those of rival companies. These two changes to how Big Tech platforms run their businesses would “bring more competition in the digital marketplace,” Cicilline said.

A third bill Cicilline plans to drop will be one that will “correct some of the decisions that courts have made that have improperly narrowed antitrust enforcement.” He said that there were a few key federal court cases in the past few decades that “defied the direct mandate of Congress’s competition policy, and it made it really tough for antitrust enforcers to do their jobs.” Cicilline was referring to the Justice Department and the trade commission, which are responsible for antitrust enforcement primarily through investigations, lawsuits, penalties, and fines.

A fourth piece of antitrust legislation that has bipartisan support that Cicilline will introduce is legislation that would prohibit businesses, primarily online platforms such as Google, Amazon, and Apple, from taking actions that favor their own products and services on their platforms, also referred to as “nondiscrimination legislation,” he said. Many of the tech giants create and enforce barriers to competition and discriminate against and exclude rivals, Cicilline has said in the past.

One area of legislation that Cicilline said there was less consensus and more disagreement with Republicans on is “structural separation” of Big Tech, essentially breaking up a large company, in order to reduce conflicts of interest and make a market more competitive for smaller players.

The chairman said he supported crafting laws that would allow online platforms to function as marketplaces or direct sellers, but not both. He described such a bill as the “Glass-Steagall of the internet.” Glass-Steagall commonly refers to a part of a 1933 banking law that separated commercial and investment banking. The creators of the bill argued there was an inherent conflict of interest in banks providing both services.

Cicilline added that although there has been some resistance from Republicans to breaking up Big Tech companies and a “Glass-Steagall of the internet,” he was “not ruling out that we’ll get some Republican support for that, too.”

Another area of disagreement between both parties, Cicilline said, was any legislation brought forward within the antitrust subcommittee regarding content moderation and allegations of conservative censorship. Cicilline said he would not be in favor of bills aimed at reducing online censorship because, he said, there wasn’t any evidence to support Republicans’ assertions of anti-conservative bias on social media.

In February, Cicilline told the Washington Examiner in regard to Republican allegations of online censorship that he would not work on legislation to “develop a solution for a problem that doesn’t exist. That’s not a useful, productive use of our time.”

Senior House Republicans, including Ohio Rep. Jim Jordan on the Judiciary Committee, have been highly critical of social media companies such as Facebook and Twitter as having biased content moderation standards and for banning former President Donald Trump. Top Republicans in February went so far as to say that, left by Democrats with few other options, their party is entertaining the idea of breaking up Big Tech companies in the hope of countering unfair censorship.

Cicilline cited studies that have concluded that social media companies don’t discriminate against conservatives. “We’re in the majority — there is nothing to do about this. You just let him say what he wants, he gets to say what he wants,” Cicilline said in response to Jordan’s anti-conservative complaints.