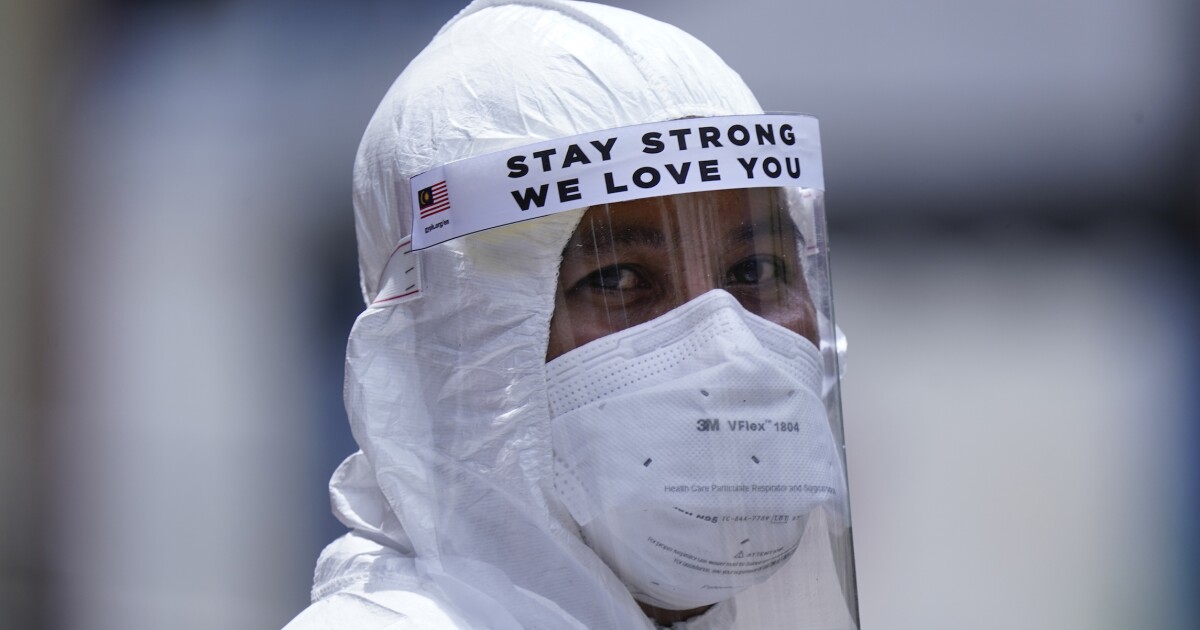 The third-quarter gross domestic report set for release Thursday morning is expected to show record growth, but the figures won’t mean that the economy is back to full health.

The report from the Commerce Department will show that the GDP grew at an annualized rate between 30% and 35%, projected David Wilcox, a former director of the Federal Reserve’s domestic economics division and now a senior fellow at the Peterson Institute for International Economics.

That figure might make growth seem stronger than it really was to many readers because of the way it expresses growth. The 30% to 35% growth rate represents not the quarter-to-quarter growth in economic output but rather the growth in economic activity that took place last quarter as occurring for a full year.

The same growth, expressed as a month-over-month growth rate, would be about 7%.

The expected record quarterly growth rate has provided a talking point for President Trump, who has boasted that the economy is enjoying a “V-shaped” recovery, meaning a dramatic bounce back from the pandemic downturn.

Yet even a 35% annualized growth rate wouldn’t be sufficient to put the economy back on track for a full recovery, given the depth of the downturn.

“Neither of those are going to happen unless there is some very big surprise,” Wilcox said.

The reason why 30%-plus annual growth is not enough for a full recovery is because the economy took a tremendous hit in the second quarter, when GDP plummeted over 31% at an annual rate. When combined with other factors, the GDP will remain lower than before the pandemic, according to Wilcox.