Home Business Then and now — Biden cheered a much weaker economic recovery in... 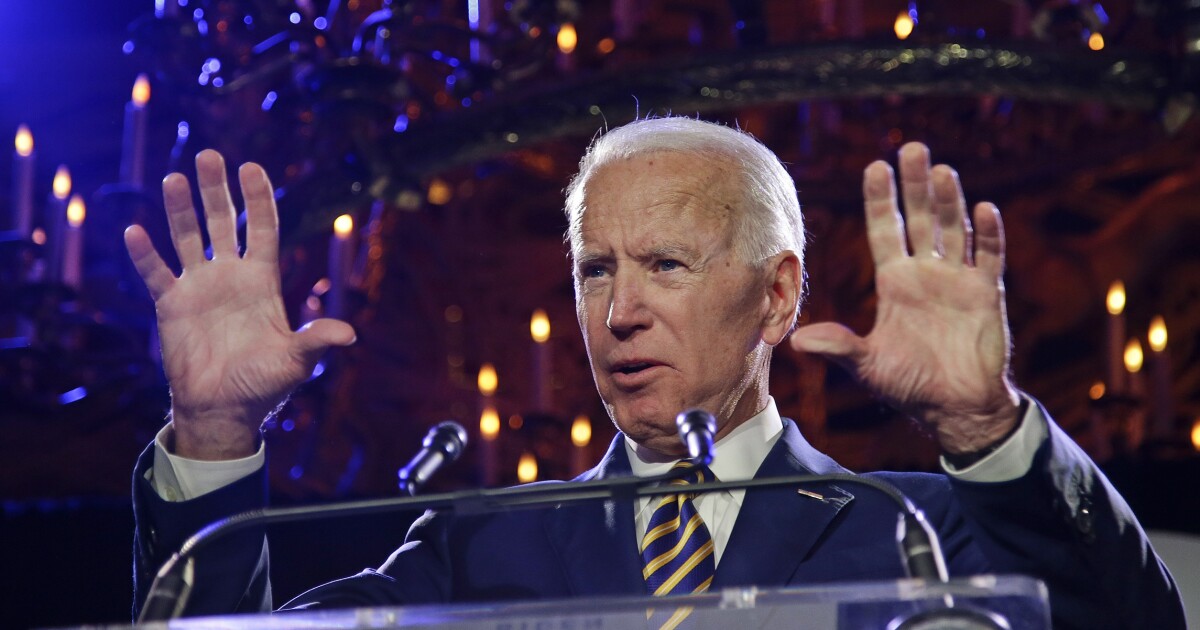 “It’s easy to forget how grave our problems were in February 2009,” Joe Biden said in a February 2012 speech, praising President Barack Obama’s 2009 stimulus package. “Our country lost 3.5 million jobs in the six months before [Obama] and I took office. We lost another 4 million before policies like the Recovery Act took effect. Today, we have had 23 straight months of private sector growth. Businesses have added 3.7 million new jobs.”

When Biden gave this speech declaring “mission mostly accomplished” for economic recovery, the nation was three years into the Obama presidency. The unemployment rate stood at 8.3%, which was not great but better than its October 2009 peak of 10%. Progress under Obama and Biden was glacially slow but was not undetectable.

By the time Democrats met at their national convention in Charlotte in September 2012, the latest jobs report showed that unemployment had declined to 8.1%. Biden was pretty pleased with this, proud of the administration in which he served. For months he’d boasted: “Osama bin Laden is dead, and General Motors is alive.”

How much has changed in the eight years since then. Today, Biden is running against President Trump, who, like Obama, has been handed a worldwide recession he could not have prevented. Not only has Biden unfairly blamed Trump for the coronavirus downturn, but he has also entertained further national economic lockdowns that would make the economic picture significantly worse.

Aside from all that, Friday’s September jobs report, the last one that will be released before the Nov. 3 election, shows yet again that the economy is recovering much better than it did when Biden was in the White House and much faster than anyone could reasonably expect when the pandemic began. When the coronavirus hit in the spring, economists forecast double-digit unemployment through late 2021. Instead, the rate has already plummeted from 14.7% to 7.9%, lower than it was when Biden was making triumphalist speeches about it for Obama’s reelection.

Since reaching its nadir in April, the economy has added back a net 11.4 million jobs in just five months. That’s a far cry from a complete recovery, but again, it’s much faster than anyone had expected or than Biden and his former boss managed a decade ago.

This month’s total of 661,000 net jobs gain is actually depressed by the net loss of 216,000 government jobs, in many cases, those of teachers, lost not because of economic weakness but because politicians and bureaucrats are being overcautious and preventing children from returning to school for in-person lessons. The private sector actually added an impressive 877,000 net jobs last month.

The resurgence of the job market is much more impressive than anything that took place on Biden’s watch. It’s even a threat to the campaign slogan he adopted during the convention. Biden’s 2020 message of “build back better” risks being obsolete by Inauguration Day. As we noted last month, the rebuilding of the economy is not a project for the man who takes the oath of office in January. It is, rather, happening right now, as the nation returns to historically “normal” levels of unemployment.

In 2012, Biden overflowed with praise for an economy less dynamic, more precarious, and less promising than the rapidly recovering one of today, for which he excoriates Trump. He scornfully blames Trump for the coronavirus, even as millions return to work at an unprecedented pace.

That’s politics, of course, but it’s not an impressive reason for voting for Biden.