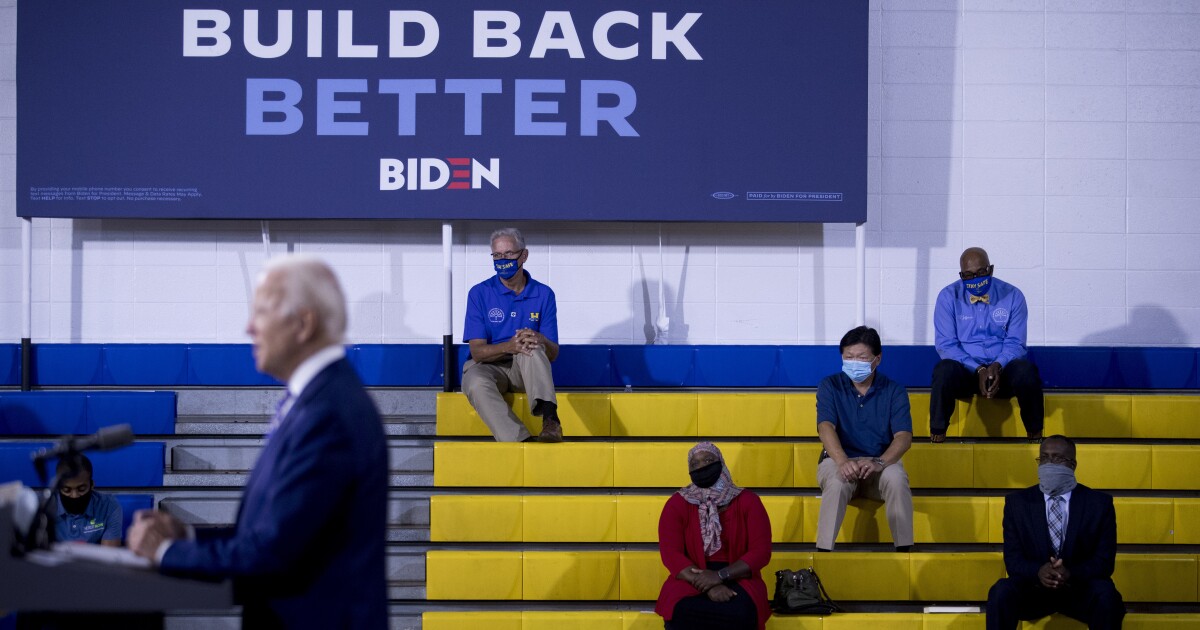 A President Joe Biden would be in a position to immediately roll back President Trump’s executive actions meant to lessen regulation and reform welfare programs.

Some of Trump’s most significant economic executive actions are his requirement that federal agencies repeal two regulations for each new regulation issued and his orders on welfare reform and poverty measurement.

“A President Biden would certainly work rapidly to undo Trump executive orders in many areas,” said Robert Spitzer, a political scientist at SUNY Cortland, who specializes in studying presidential powers.

The Trump administration claims it has cut nearly eight regulations for every new regulation between fiscal year 2017 and 2019, thanks to the 2017 deregulation order.

However, the Trump administration has created more big regulations, those that have an annual effect on the economy of $100 million or more, than it has rolled back, according to a recent study.

Based on Biden’s economic and environmental agenda, it is highly likely that he will overturn Trump’s 2-for-1 regulations rule and create more regulations.

“I’m less concerned about regulations being undone than what new regulations a new administration is going to impose,” said Diane Katz, a research fellow on regulatory policy at the Heritage Foundation, a conservative think tank.

“Our energy security is at stake and the costs related to it. This could have ripple effects across the economy,” Katz said.

Furthermore, Biden has already said he would reverse more than 100 Trump administration public health and environmental rollbacks if he becomes president.

Trump in 2018 called on federal agencies to propose stronger work requirements for welfare programs across the board. This is likely to be overturned by a Biden administration, said Robert Rector, a poverty expert at the Heritage Foundation.

One such welfare program, Rector said, is the food stamp program run by the U.S. Department of Agriculture. Trump’s order changed the food stamp program by requiring low-income adults without children who apply for aid to look for work or go through training in order to receive the food subsidy. Some poverty reduction groups have criticized the rule and said that it limits access to food stamps in a harmful manner. The new work requirements for food stamps have been temporarily put on hold during the pandemic.

The Trump administration’s executive order to measure poverty differently would also likely be undone by Biden, Rector said. The order asked the Census Bureau to measure poverty using new measures, like using self-reported spending or consumption by the poor and by linking the census poverty surveys to administrative data from welfare programs, thereby by giving policymakers accurate information on the extent and depth of welfare programs.

“The Trump administration is trying to measure poverty in a better, more accurate fashion. Rolling back the order could hinder that process,” Rector said.

The Trump administration is trying to measure poverty better because “accurate information is essential to crafting effective anti-poverty programs,” Rector wrote in an article on the subject earlier this year. He added that Biden is likely to undo this poverty measurement order because it could limit the expansion of welfare programs.