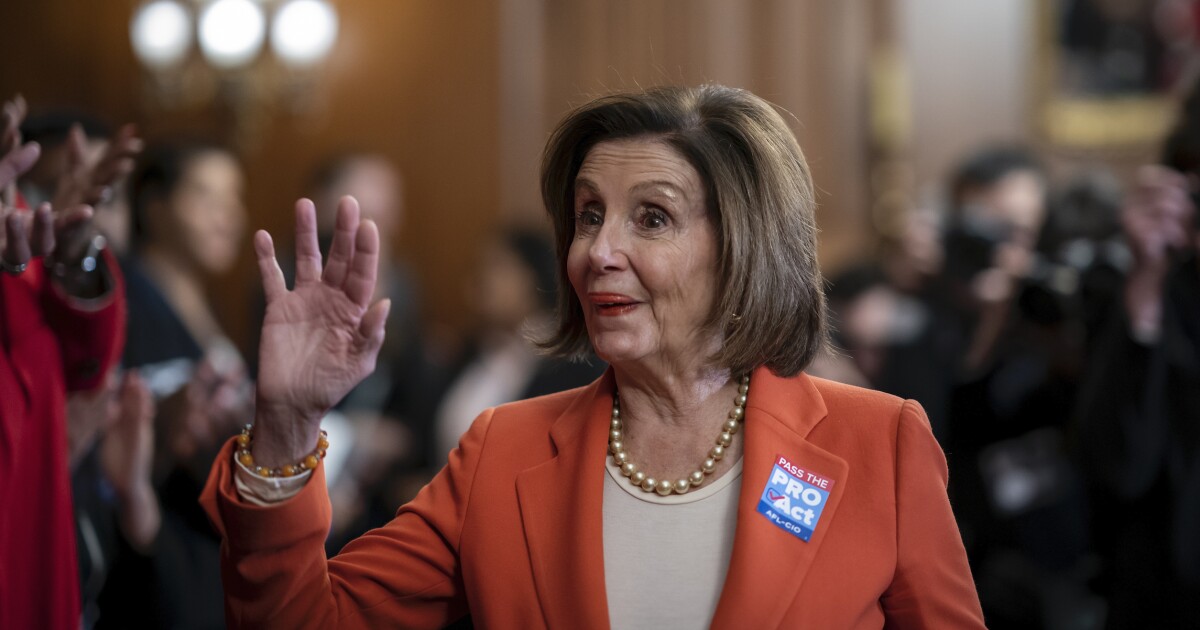 At a time when the country desperately needs economic recovery, the House Democratic majority has instead used the 117th Congress to push its radical anti-worker agenda. By passing H.R. 842, the Protecting the Right to Organize Act, Democrats are attempting to undermine our recovery while also returning to an economy of old.

The PRO Act would substantially rewrite labor laws to put more power in the hands of organized labor at the expense of the economy, consumers, and workers. In a time of uncertainty caused by a once-in-a-generation pandemic, Congress’s focus should be a stable and continuous recovery, not controversial and disruptive labor bills such as the PRO Act.

Unfortunately, Speaker Nancy Pelosi used her historically narrow majority to ram this partisan legislation through the House. It now falls on the Senate to keep this economically destructive legislation, which President Biden has predictably endorsed, from becoming law.

It would take a full-volume encyclopedia to describe every flaw of the PRO Act. In short, the legislation would cripple entrepreneurs, workers, and supply chains, just the opposite of what we should be doing to stimulate recovery. It would also undercut the innovation that has propelled our economy into the 21st century.

Workers already have the right to organize under federal law. But the PRO Act takes the extreme step of forcing unionization on to workers who do not wish to be part of a union. It also threatens worker privacy, overturns state laws that have proven to be successful in creating jobs, and undermines the independent contractor model that is driving modern innovation.

House Democrats didn’t even have a committee meeting this Congress to examine the legislation’s harmful effects, which include an estimated $47 billion in annual costs on job creators. Had we gathered for a full committee meeting to gather feedback and consider alternative ideas, the need to reconsider this bill would have been on full display.

Improvements could have included my amendment to preserve a long-standing, commonsense ban on secondary boycotts. Outrageously, H.R. 842 seeks to repeal this prohibition, even though these disruptive activities created interstate economic havoc in the 1930s and 1940s.

In this era, unions imposed economic stress on targeted companies by picketing neutral suppliers, vendors, and other third-party partnerships. In effect, this bill would allow union organizers to picket or even block shipments into a company by supplier companies or other contractors, putting workers in harm’s way and leaving consumers without access to products.

Instead of passing legislation that contradicts the stated goal of the White House and congressional leaders to stimulate the economy, we must prioritize forward-thinking proposals that empower workers, promote innovation, and encourage economic development in communities across America.

Democrats would be wise to heed Biden’s message of unity, no matter how disingenuous, and work with Republicans to help our economy. Instead, they are pushing partisan legislation designed solely to appease left-wing special interest groups. It is critical that the Senate stop this legislation in its tracks, including by preserving the filibuster to stop 50 Democratic senators from threatening our economic recovery.

James Comer, a Republican, represents Kentucky’s 1st Congressional District in the U.S. House of Representatives and serves as the ranking member of the House Committee on Oversight and Reform.