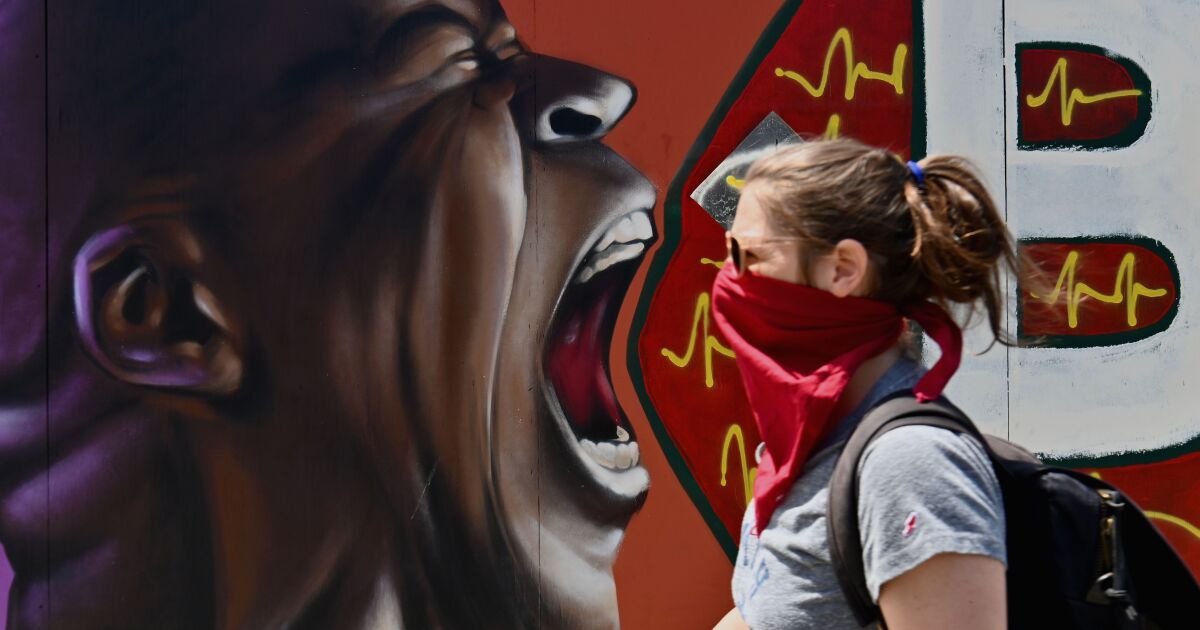 Did you know a drawing of an evergreen tree could be considered racist?

That’s what concerned a Portland, Oregon, school board when debating a new school mascot. An objection was raised over the possibility of using a tree, lest it be seen as a reminder of lynching. If you’ve spent any time on social media or following politics for the last several years, you’ve heard similar racial hyperbole: This image is racist. That person is racist. Standardized tests are racist. This dress is racist cultural appropriation. The Georgia election reform law is Jim Crow 2.0.

And for some reason, most of these cries seem to be coming from white liberals trying to outdo each other in their ability to spot racism around every corner. Like the young shepherd in the fable who kept “crying wolf” to prank his fellow villagers, those who cry racism seem most interested in amusing and drawing attention to themselves. But like the shepherd, their pranks have very real consequences.

When terms such as “racist” and “white supremacy” are thrown around carelessly, the words lose all meaning. And here are three reasons that concerns me:

The word “racist” has a vicious, horrible connotation, and for good reason. I have never shied away from acknowledging the very real evil that has been done throughout history all over the world, including in America, that was motivated by the hatred of people of a different race. When you take the evil of racism seriously, as I do, you are very careful about when you levy that accusation.

When you insist that an evergreen tree is “racist,” you are telling regular people that racism is not a big deal. Like false accusations of sexual assault, few and far between though they may be, false accusations of racism harm the real victims. The more accusations come, the less seriously the general public takes them. When you see racism everywhere, then it’s only natural that some will assume that racism is nothing more than a fable that only the foolish believe in.

2. Constant accusations of racism bring out the worst in people

The search to find bigotry in everything is making our race relations worse, not better. When you equate today’s frivolous accusations of racism to what went on in our country even two generations ago, you trivialize everything we accomplished in the Civil Rights movement. Instead of being grateful for how far we’ve come as a nation and eager to seize upon a world full of opportunities, too many young black people today feel burdened by helplessness and resentment. How does that benefit them?

What’s more, these nonsensical accusations and the creation of an atmosphere of suspicion do not cause people to treat each other with more respect and kindness. Hyperbolic accusations almost never prompt anyone to engage in meaningful self-reflection or personal change. Instead, the accused are far more likely to become even more hostile to and wary of those they don’t already know and trust. In short, those who cry racism all the time are very likely making racism worse.

3. The elite obsession over race distracts us from our country’s real problems

I believe our country’s greatest challenges today are the issues of upward mobility faced by many low-income people and those of despair that affect people who feel disconnected and empty, regardless of income or wealth. Meanwhile, “diversity” initiatives focus on the composition of corporate boards and elite law firms. Hyperfocusing on race, a favorite pastime of the elite, distracts us from understanding and effectively addressing our most pressing problems.

That’s why the Woodson Center launched 1776 Unites: We’re trying to combat these divisive trends by focusing on solutions to our country’s greatest challenges in education, culture, and upward mobility. 1776 Unites is a positive movement in response to the overwhelming narratives of oppression, grievance, and ignorance of America’s racial history and its promise for the future.

We affirm America’s founding principles that all men are created equal, that they are endowed by their creator with certain unalienable rights, and that among these are life, liberty, and the pursuit of happiness. While our nation didn’t perfectly honor these words at first, we continued to work and fight for “a more perfect union.”

We must not grow weary in fighting for a better America by practicing what I like to call radical grace: forgiving and bearing with one another in love, even in our imperfections. Our nation doesn’t have to be defined by its birth defects. We can be defined by our aspirations and our promise.

Robert L. Woodson, Sr. is the founder and president of the Woodson Center and author of the newly released Lessons From the Least of These: The Woodson Principles .