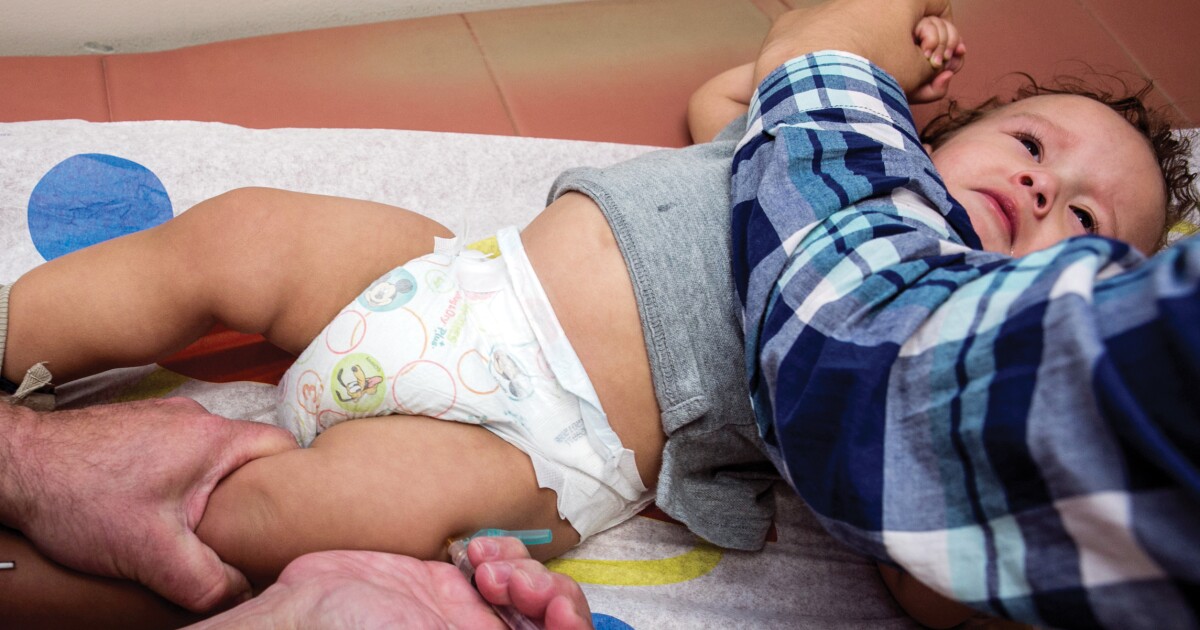 The night before I was able to get Ivonne on the phone, she was dealing with a patient in crisis: A young teenager had tried to commit homicide against his little sister. The patient’s brother had attempted suicide weeks earlier. While Ivonne, a pediatrician in Central Texas who for professional reasons declined to give her last name, works with low-income and middle-class patients, she explained this troubled family is part of the latter: a two-family household, stable before the COVID pandemic hit. Things for the two brothers weren’t perfect by any means — they were already struggling with mental and behavioral health concerns — but the pandemic exacerbated all of these issues for them and so many more.

I spoke to Ivonne on her way home from work, her only free moment in the day to have a conversation about what the pandemic has done to her practice and her patients, from the tiniest babies to teenagers. Ivonne’s patients are part of a larger phenomenon that is only starting to become clear.

Back in July, the New York Times published a piece titled “During Coronavirus Lockdowns, Some Doctors Wondered: Where Are the Preemies?” The piece posited that in the past, many women may have been pushed into premature labor while working and commuting full-time. Now, during the lockdown, these mothers were able to stay pregnant long enough to keep their babies out of the NICU, the intensive care unit for newborn babies. But there is another unfortunate possibility: Babies who would’ve ended up in the NICU never survived long enough to be born. In mid-September, the New York Post reported on an “alarming upward trend in stillbirths” that offered evidence that the absence of premature babies wasn’t a happy one after all.

A new batch of gynecologic studies has revealed that babies are dying in the womb at an increasing rate since the COVID-19 outbreak in March. Researchers believe that the deterrence or lack of clinical access among pregnant mothers due to pandemic restrictions may have given rise to prenatal complications, sometimes leading to stillbirths.

“What we’ve done is cause an unintended spike in stillbirth while trying to protect [pregnant women] from COVID-19,” Jane Warland, a midwife at the University of South Australia in Adelaide, told Nature.

That is, patients are going unmonitored, and it’s costing lives. The danger to babies during this crisis starts in the womb but hardly ends there. The biggest risk for babies in COVID times relates to vaccines: For months, parents eschewed appointments due to their fear of exposing their young babies to the public. But when these essential early visits were skipped, so, too, were the critical vaccines necessary to maintain individual babies’ health. I recently wrote in these pages about the “perfect storm” awaiting public health authorities thanks to the significant drops in immunization rates. I quote a trade-journal report that “from February 16 to April 12, there was a 19.8% decrease in DTaP [diphtheria, tetanus, pertussis] vaccinations, a 29.1% decrease in MMR [measles, mumps, rubella] vaccinations and a 40.2% decrease in HPV [human papillomavirus] vaccinations, according to data provided by PCC (an independent firm that provides pediatric electronic health records software).”

Yet some efforts to make vaccines more readily available could backfire as well. Every pediatrician I spoke with mentioned a new Health and Human Services ruling made in response to COVID restrictions but that they suspect will become permanent. The rule enables childhood vaccines to be available at pharmacies across the country. No longer will parents need to visit a pediatrician to obtain the necessary immunizations for their children; they can just fit in a shot while picking up a prescription at the local CVS.

Most parents keep up with well visits for two reasons: immunizations and sports and school physicals. When there are no immunizations necessary or available and if no forms are required for physicals, families won’t bother with such appointments. Pediatricians fear the repercussions of those missed visits won’t be felt for a while yet.

Dr. Whitney Morgan, a pediatrician in Central Texas, told me that at such well visits, “95% of the time, parents end up with a signed form and a healthy kid, but there’s been several times in the last year I picked up things that were life-altering” — for example, “a subtle heart murmur with a kid who needed open-heart surgery. Annual physicals are important in otherwise healthy-appearing children.” The need for those regular appointments was driven home to my family just this past month with my fourth child, my happy and healthy 15-month-old. On a regular examination, my pediatrician caught a rather innocuous-for-now but potentially serious (if untreated) problem I never would’ve thought to look for, and it is one that will require regular monitoring and potential future interventions.

Surprisingly, parents weren’t just avoiding the pediatrician’s office for well visits, but for acute issues as well. Nationally, we’ve seen countless stories of patients avoiding emergency rooms and doctor’s offices for issues such as heart attacks or strokes out of fear of contracting the coronavirus, and the resulting delays proved fatal. The story is no different in pediatrics, with one pediatrician describing how two different patients in the past several months ended up in the ICU for over a week thanks to ruptured appendixes. Both boys’ parents resisted office and emergency-room visits when their sons complained of abdominal pain, until the pain became so excruciating the trip became unavoidable — and too late to prevent major damage.

Dr. Morgan in Texas told me about the last month in her practice, where four teenagers threatened self-harm during office visits. She told me this is absolutely “unprecedented” in her practice and warned, “Pediatricians are not supposed to be psychiatrists. We need to figure this mess out before we lose a generation.” Both Dr. Morgan and Ivonne told me that the lockdowns and associated school closures exacerbated previous mental health issues in countless patients, stripping them of all possible coping strategies, such as in-person therapy, counselors, social interactions, and healthier forms of escape and relaxation offline.

One of the other health problems of the past six months: the weight gain many of us have experienced due to decreased movement, boredom, emotional eating, and constant access to food at every moment of the day. Dr. Morgan told me that every single teenager and almost every older child she saw had taken a jump on his or her weight curve, and the children and teenagers who already were deemed overweight and obese saw the biggest gains. It’s no wonder: They were left inside next to their pantries all day, every day, without anything to do but sit on a computer and eat. These gains will come with long-term consequences for patients’ physical health. Morgan explained, “Patients are crossing the threshold into prediabetes or Type 2 diabetes due to obesity and weight gain. They are going to get into a place that is very hard to reverse because their bodies are setting the pace for how they metabolize insulin. For older children and teens especially, weight gain begets weight gain in people predisposed to diabetes, especially in genetically predisposed individuals.”

The most at-risk children are the patients suffering the most: Those who already struggled with mental health challenges were having a harder time managing the new burdens. Those who needed in-person therapies (occupational, psychiatric, physical, behavioral) were left without these necessary interventions when they were most needed. And those who were already struggling with their weight were the patients who found themselves gaining upward of 40 pounds during the last six months.

Surprisingly, the topic of COVID itself only came up in passing in one conversation, with Ivonne. She told me she only had 17 positive patients over the course of the pandemic, with only two or three children actually exhibiting any symptoms. The few symptomatic patients experienced minor discomfort, with the remainder only getting tested because of prior household exposure. Despite running one or two tests daily, Ivonne hasn’t had a single test come back positive since July. With her own children, Ivonne sent them back to school and college at the first opportunity and encouraged all of the parents of healthy children to do the same. While she made different recommendations for several severely medically fragile children, those she encouraged to stay home were in the vanishingly small minority.

As we consider our path forward and the steps we take for the sake of our children’s health during this pandemic, it is critical to consider the long-term and unseen health implications for the policies we once thought would keep them safe but that we are now seeing are actually doing far more harm than good to an entire generation.

Bethany Mandel (@bethanyshondark) is a stay-at-home and homeschooling mother of four, editor at Ricochet.com , and contributor to the Washington Examiner’s Beltway Confidential blog.