Home Business The fall of Chile is a warning to America 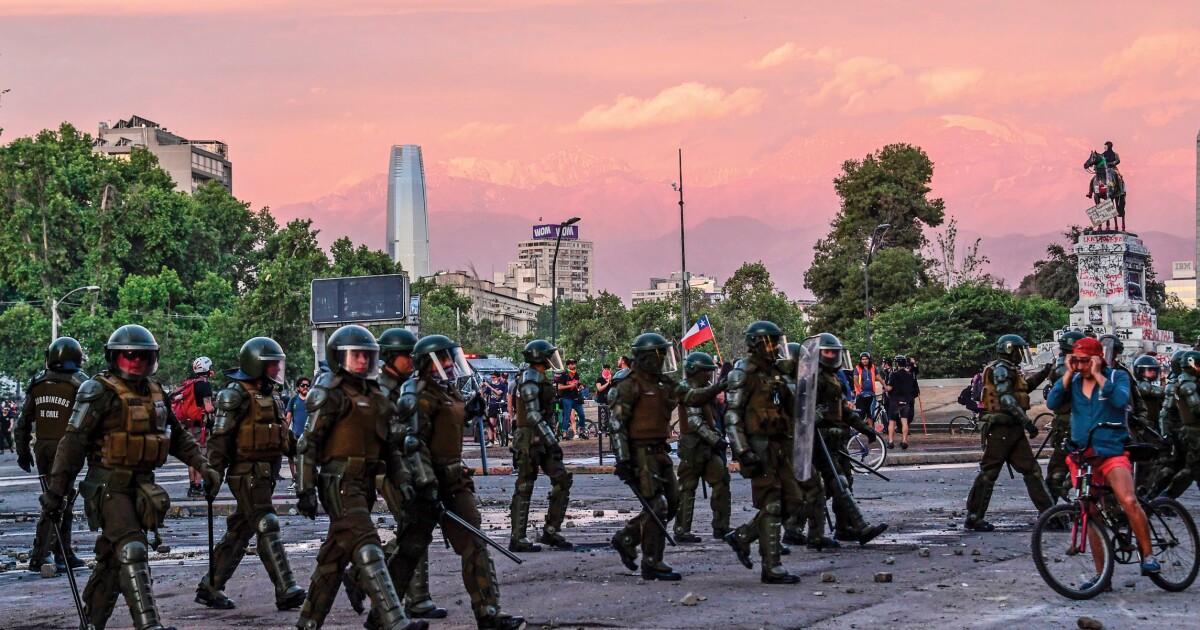 Back in the 1970s, the nation of Chile embarked on one of the boldest sets of free market economic reforms in history. The government called in the Chicago Boys, as they were called, led by Milton Friedman and other University of Chicago free market economists.

They were given a free hand to redesign the Chilean economic system with property rights, a low flat tax, privatization of the Social Security system, and industry deregulation. In 1991, Friedman wrote that Chile now has “the three freedoms: economic freedom, political freedom, and human freedom. It will be interesting to see if they can keep it.”

For four decades, the experiment worked better than anyone could have imagined. According to a study by economist Axel Kaiser for the Cato Institute: “Between 1975 and 2015 per capita income in Chile quadrupled to $23,000, the highest rate in Latin America (CNP 2016). As a result, from the early 1980s to 2014, poverty fell from 45 percent to 8 percent (CNP 2016).” Chile became one of the wealthiest nations in South America. And it happened in three decades, an eye blink of history.

The Marxists and intellectual class of Latin America always hated the free market reforms. They disparaged the Chicago boys as “fascists.” They spent decades attacking the policies (with the stooges in the American media echoing their protests) even as Chile became the jewel of South America.

The Marxists invented a narrative of “inequality,” “the rich were getting richer, and the poor were getting poorer,” and capitalism is evil.

They infiltrated all of Chile’s cultural institutions: the media, the schools, the universities, the Catholic Church, the arts, the unions, and even the corporate boardrooms. They spread their poisonous creed of collectivism to the populace.

Is any of this sounding familiar to our situation today?

Eventually, the leftists pulled off a political coup. In 2013, the Left won the Chilean presidency. The free market reforms were systematically replaced with “spread the wealth” platitudes. In October 2020, voters approved a rewrite of the constitution, and now property rights and the rule of law are in danger.

Chile is now in economic free fall. The poor are getting crushed. The rich are pulling their money out of the country. They have arrived at “equality.” Nearly everyone is suffering.

Meanwhile, back in America, we have an economic transformation of our own going on. The Biden administration promises to help the middle class by handing out trillions of dollars of free money to citizens and paying people more money for not working than working. We will borrow trillions of dollars and pray that the Chinese continue to buy up our bonds and that our currency holds up.

Many of our constitutional protections and congressional rules of behavior, such as the filibuster, which protects the rights of the minority, may be headed to the shredder. The election laws are getting rewritten to benefit, significantly, the party now in power — the Democrats. The House has passed a bill requiring millions of working-class people to join unions and pay dues. The Left is saying, don’t worry, this compulsion is going to help the working class. Sure.

A sock-it-to-the-rich tax increase is coming that will make the productive class and the job creators pay their “fair share” with tax rates of 50%, 60%, and 70%.

Will this story have a happy ending?

The answer to that question might be contained in the frightening example of what happened in Chile. It is what our children and college students should be learning in the classrooms — fat chance. The Left runs our schools now, too.