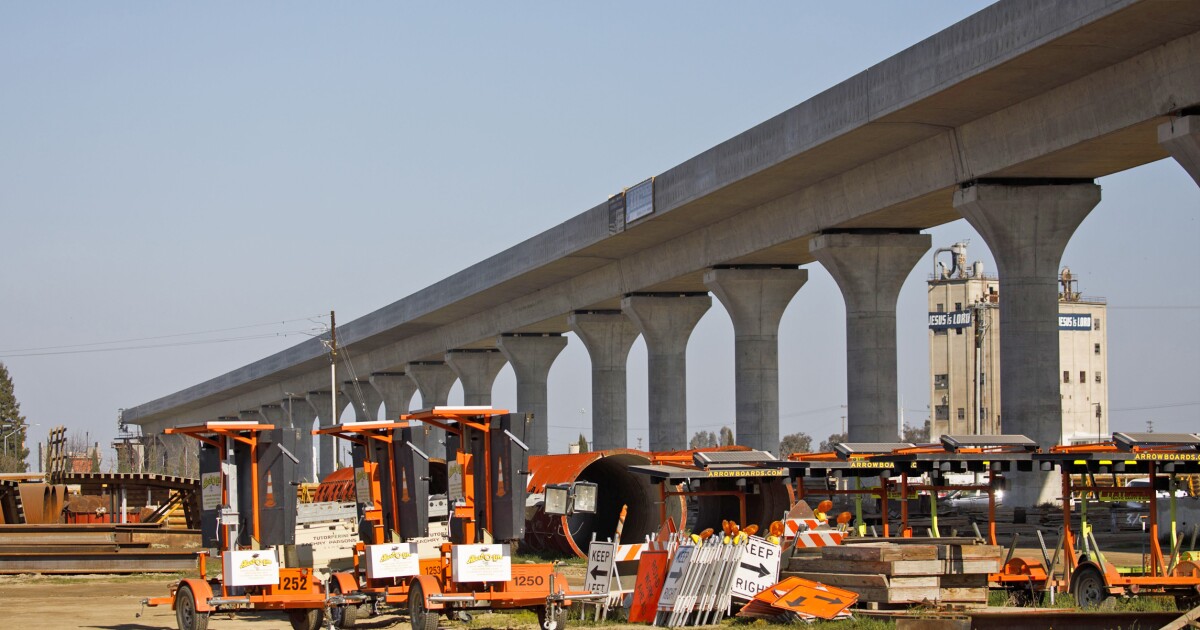 President-elect Joe Biden’s campaign website bragged about his past support for a law that favors unions in federal contracts.

“When President Obama put Vice President Biden in charge of the American Recovery and Reinvestment Act (ARRA), Biden made sure that Davis-Bacon Act and Service Contract Act standards were strictly enforced, requiring that the prevailing wage be paid to construction workers and service workers on all projects funded by ARRA,” the website stated.

The campaign further promised, “As president, Biden will build on this success by ensuring that every federal investment in infrastructure and transportation projects or service jobs is covered by prevailing wage protections.”

Biden has also pledged to pump a lot of money into public infrastructure as quickly as possible. He wants legislation that would put about $2 trillion into green energy and infrastructure projects.

But he may run into a problem of his making.

Much of the stimulus money that went to public works projects during the Obama administration was delayed so long that it didn’t have much stimulative effect. Former President Barack Obama admitted that he didn’t understand why “shovel-ready projects” took so long to get shoveling.

One of the reasons for the delay was the Obama administration’s fastidiousness with enforcing the Davis-Bacon Act that Biden’s campaign bragged about, said Sean Higgins, a research fellow at the Competitive Enterprise Institute.

“Contractors have to be certified as Davis-Bacon compliant. If you’re trying to get money out the door quickly, it becomes a problem,” Higgins told the Washington Examiner.

The 1931 law stipulates that “if you’re going to do a government contract, you have to pay the prevailing wage,” Higgins explained. But that’s always not as easy as it sounds because “determining the prevailing wage is more art than science.”

In practice, the government has usually determined that union-negotiated wages are the prevailing wage. Strict Davis-Bacon enforcement thus “sends a signal to anyone who uses government contracts: You might as well unionize your workers because you’re going to have to pay the union rates regardless ,” he said.

Presidential administrations of both parties tend to love Davis-Bacon because “the executive branch can tweak or change aspects of it without worrying about Congress.” Democratic administrations try to expand its reach as a bone to unions, who can use it to convince companies to go along with unionization to skip the wage certification hoops. “Republicans push for looser regulations and for the ability to suspend Davis-Bacon in emergencies,” Higgins said.

“This outraged a lot of unions for the obvious reasons. They were calling for federal aid to be suspended,” Higgins said.

How much Davis-Bacon adds to the cost of infrastructure projects is a contentious question. The Government Accountability Office looked at the expense of building the Metro system for the greater Washington, D.C., area. It concluded that it hiked wages in Maryland by almost 34% and likely added 6.8% or $149 million in 1980 dollars to the project.

Clifford Winston is an economist with the Brookings Institution who studies transportation. When it comes to roads, he told the Washington Examiner that Davis-Bacon “raises the cost, but compared with everything else, it’s down on the list.”

“Davis-Bacon is a small part, not a trivial part, of the bigger picture concerns on the real serious problems with highways. It’s a symptom,” he explained.

Winston estimates that roads in the United States are worth about $7 trillion. He argued that Davis-Bacon Act compliance costs are lower than the effects that poor maintenance is having, devaluing that infrastructure by well over $100 billion every year.

As for Davis-Bacon making it harder to spend money on projects, Winston thinks it may be the wrong way to look at it. “The question isn’t spending money quickly. It’s spending it wisely,” he said.

The current system has the federal government doling out money from the federal Highway Trust Fund to states roughly by a formula. This system doesn’t have any price signals to help inform work crews where to do necessary maintenance or new construction.

“That’s why we get bridges to nowhere,” Winston said.

If Biden were to call him up and ask what one thing the federal government could do to begin fixing its approach to roads, Winston said he would advise the president-elect to “price congestion and price road wear.” In a much longer conversation, he’d bring up Davis-Bacon.

Barstool Sports To Save Historic Restaurant In Washington DC

Worried about the country? Try tending your garden