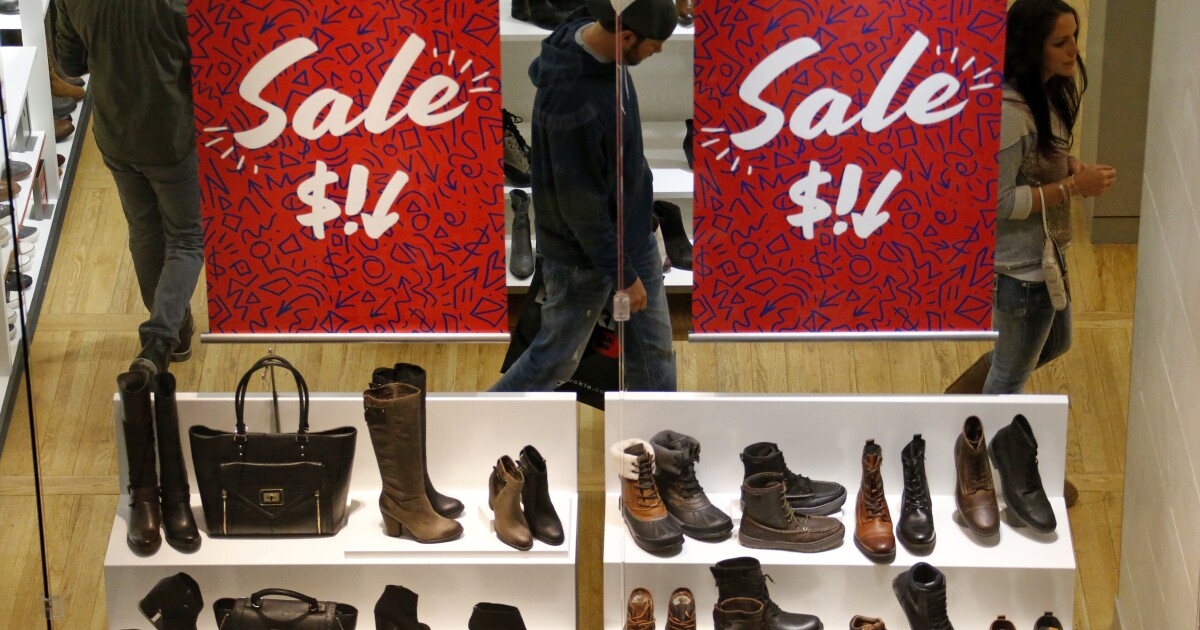 One of the highest performing sectors in September was the clothing and accessories stores, which saw an 11% increase in sales. However, when compared to September 2019, sales for this sector are down 12.5%.

Motor vehicles and parts dealers saw a 3.6% increase in sales, now up over 10% on the year.

Restaurants and bars, which have been pummeled by the pandemic, had increased sales of 2.1% last month but are down over 14% from a year ago.

Online shopping is up nearly a quarter on the year.

Retail sales have seen positive growth since May when they skyrocketed 18% after collapsing a record 14.7% in April and 8.3% in March because of the economic shutdown to slow the spread of the coronavirus.

Despite the recent increases in sales, the pace of purchasing has slowed. A likely contributor to the slowdown is that the level of hiring has also fallen.

The economy added 661,000 jobs in September, much lower than in prior months.

Another troubling sign for retail sales is that the number of new applications for unemployment benefits rose to 898,000 last week, the Labor Department reported on Thursday, which is the largest number of claims since mid-August.

The total number of jobless workers claiming benefits remains historically high. There were over 25 million claims for the week ending Sept. 25. For comparison, that number was roughly 1.4 million in the comparable week for 2019.

Meanwhile, additional relief from Washington that would put money in consumer’s pockets is unlikely before the election, according to Treasury Secretary Steven Mnuchin.

“At this point, getting something done before the election and executing on that will be difficult,” he told an audience Wednesday at the Milken Institute, a nonprofit think tank.

The Latest: Sri Lanka closes harbors after spike in cases

Trump to vote in Fla., hold 3 rallies; Biden focuses on...

9 Technology Trends You Should Know For 2021

The Latest: Sri Lanka closes harbors after spike in cases

Trump to vote in Fla., hold 3 rallies; Biden focuses on...

9 Technology Trends You Should Know For 2021

Liberals Furious at Megyn Kelly Over Her Unexpected Trump Comments