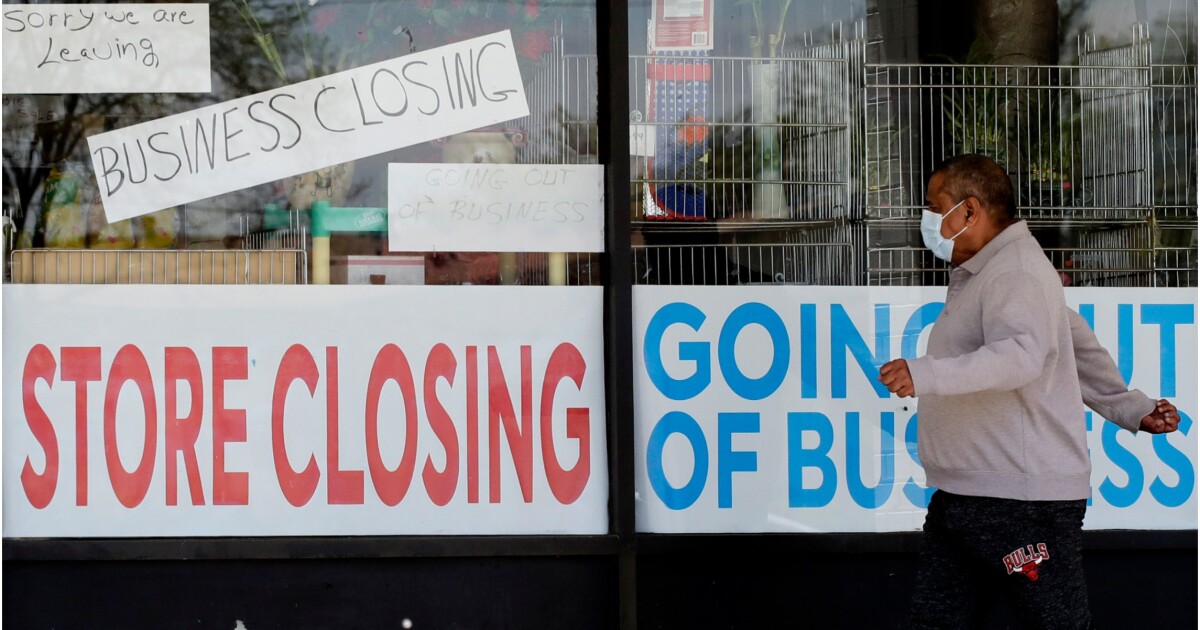 The economy contracted at a record-breaking 31.4% annual rate in the second quarter, the Bureau of Economic Analysis reported Wednesday in its final estimate for the quarter.

The third estimate was a slight upward revision.

The negative growth in Wednesday’s report is by far the largest in U.S. history. Previously, the biggest annualized drop in GDP was 10% in 1958, according to the Commerce Department’s Bureau of Economic Analysis. The largest drop in GDP during the Great Recession from 2007 to 2009 was 8.4%.

The sharp decline in economic activity in the second quarter is a reflection of the stay-at-home orders issued by governments in March and April that were partially lifted in some areas of the country in May and June, the BEA reported.

The contraction in the second quarter comes on the heels of the economy contracting 5% in the first quarter.

The contractions in both the first and second quarters are presented as annualized rates, meaning they represent the economic activity that took place in those quarters as occurring for a full year. When compared to the first quarter, GDP in the second quarter contracted 9.0%.

The economy has recovered since the worst of the pandemic, but the comeback is expected to be slow.

Economic output won’t return to pre-pandemic levels until mid-2022 or later, according to a plurality, 49%, of economists surveyed by the National Association of Business Economists.

Still, the economy is projected for a record jump in gross domestic product in the third quarter, which will be announced shortly before November’s election.

“I certainly think it will be double digits,” said Doug Holtz-Eakin, the president of the center-right economic think tank American Action Forum who was also the chief economic policy adviser to Sen. John McCain’s 2008 presidential campaign.

The existing record for GDP growth is the 16.7% annual rate set in the first quarter of 1950. Several projections expect GDP growth in the third quarter of 2020, which will be announced on Oct. 29, just days before the Nov. 3 election, to eclipse that figure.

Despite the expected third-quarter growth, economic activity will still be below what it was before the pandemic hit the United States.