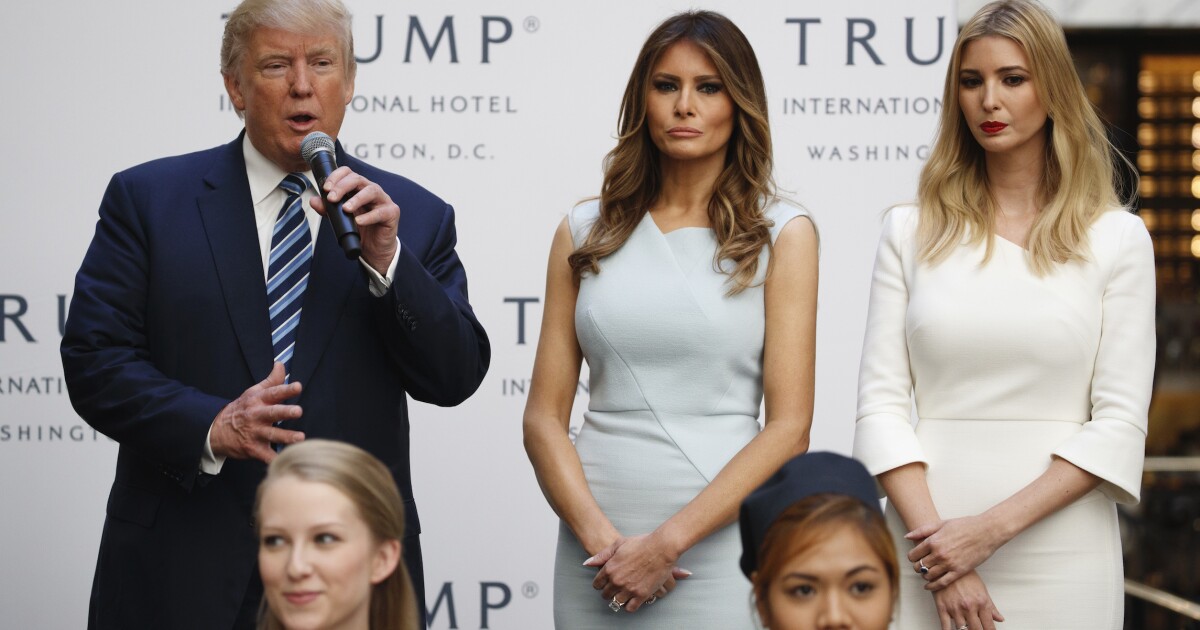 Some congressional Republicans are frustrated by President Trump’s recent flip-flopping on pandemic relief, saying it could hurt the chances for a deal with Democrats.

Trump said on Friday that he’s in support of an even bigger coronavirus relief package than what Democrats are offering, reversing his position from a few days earlier.

The president said he’s going “the exact opposite now” of his position on Tuesday, when he abruptly said that he was pulling out of negotiations. He accused Speaker Nancy Pelosi on Tuesday of failing to negotiate “in good faith.”

“The flip-flopping from Trump on the stimulus has been really frustrating,” said a House Republican aide.

“A lot of us have been annoyed by it and don’t know what will happen next,” the aide said.

The aide added that although most Republicans support Trump in taking a hard line against Democratic negotiating tactics, the confusion coming out of the White House regarding the end goals was hurting the negotiations.

But the two parties remain very far apart from a compromise deal. Pelosi is seeking $2.4 trillion, including nearly $500 billion in state, local, and tribal funding, which Republicans oppose.

Some Senate Republicans said Trump changing his mind on an issue was not surprising and that they have essentially given up on another stimulus package altogether.

“The back and forth, on-again, off-again confusion, is nothing surprising for this White House,” said a senior Senate Republican staffer.

“I don’t even begin to think about what Trump is doing. There’s no point trying to figure out his strategy anymore,” the staffer said.

Instead of trying to push for another stimulus package, the staffer said, most Senate Republicans are entirely focused on confirming Supreme Court nominee Amy Coney Barrett.

Senate Majority Leader Mitch McConnell said Friday that a stimulus package is “unlikely in the next three weeks.” McConnell has emphasized that the Senate’s priority is confirming Barrett.

Senate Republicans had immense pushback to Trump’s efforts to revive bipartisan stimulus talks with a $1.8 trillion offer, according to multiple press reports about a conference call Saturday morning between the White House and GOP senators.

Other Senate Republicans say that they remain unified. “The White House is oftentimes not consistent in their messaging, unfortunately, but that’s not anything new,” a second Republican Senate staffer said.

“There are competing factions in Trump’s White House with competing policy priorities, but the things we would pass tomorrow if we could hasn’t really changed that much,” the staffer said. Most congressional Republicans want a narrow relief package that focuses on struggling small businesses, the unemployed, schools, and coronavirus liability protections for companies.

Some in the White House, such as National Economic Council Director Larry Kudlow, have said in the past few weeks that another relief package is not necessary because the economy is strong enough to go without more support. Furthermore, some White House economists have recently questioned whether another spending package is needed because its positive effects wouldn’t be felt until after the election.

On Sunday, however, Kudlow appeared to reverse himself, saying that the administration may be open to a stimulus package with an even bigger price tag than what Democrats have proposed.

The Senate staffer added that although the White House flip-flopping on a package was not necessarily helpful, Pelosi and Senate Minority Leader Chuck Schumer were to blame for not accepting any of the Republican offers.

Some Republicans said they were pleasantly surprised by how Trump’s reversals unexpectedly advanced the negotiations forward.

“One way in which Republicans are surprised is how Democrats are more willing to negotiate now after the president came back to the table,” a senior House Republican aide said.

“Trump deciding to walk away and show displeasure was a shot in the arm to show both sides what was needed,” the aide said.

However, the aide added that Democrats, to some extent, are still negotiating in “bad faith.”