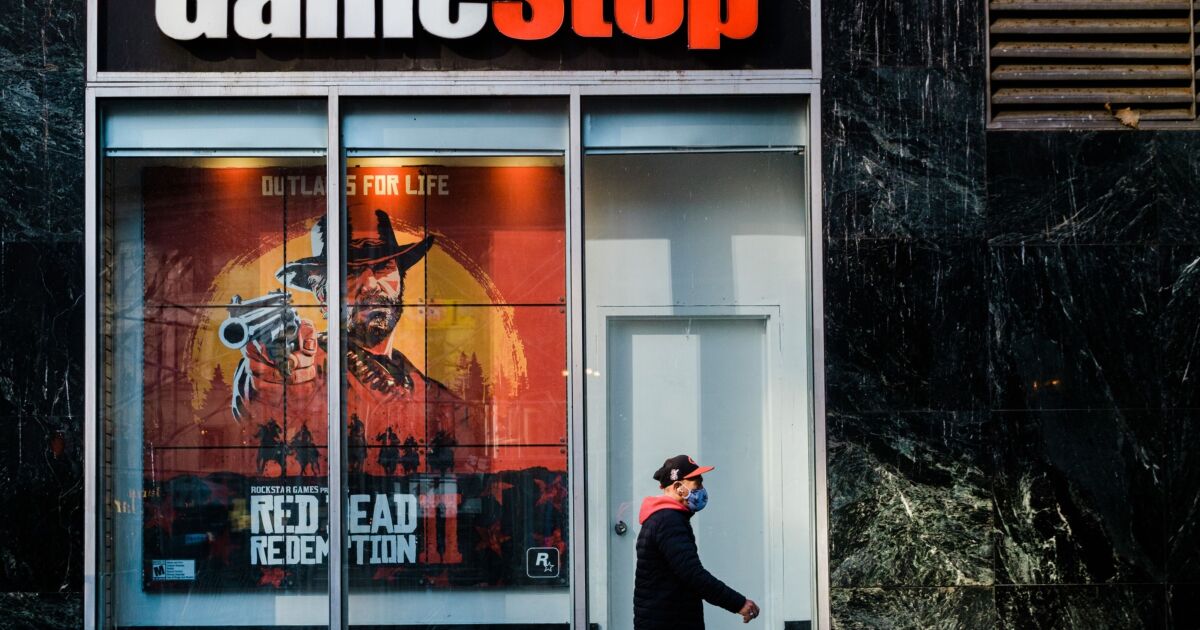 Keith Gill, one of the most well-known Reddit users involved in the GameStop stock surge who branded himself as a “hobby” investor, was hit with a class-action lawsuit accusing him of deception and market manipulation.

Known on the internet as “Roaring Kitty” and “DeepF—ingValue,” Gill was an active contributor to Reddit’s r/WallStreetBets thread, in which he frequently encouraged users to buy shares of GameStop, the value of which surged more than 1,000% in January.

GameStop, previously one of the most shorted stocks on the market, surged from less than $18 in the beginning of January to a closing high of $347 on Jan. 27, triggering a massive short squeeze that cost some hedge funds billions of dollars. But after online brokerages introduced trading restrictions on GameStop and other retro stocks that had gained attention on Reddit, the value of the stock plummeted back below $50, costing retail traders hundreds of thousands of dollars.

Gill, 34, told the Wall Street Journal after the GameStop volatility subsided that he “recently worked in marketing for Massachusetts Mutual Life Insurance Co.” but said he was “just a dad with an online hobby.”

But a lawsuit filed in a Massachusetts district court alleges that Gill “actively worked as a professional in the investment and financial industries.”

“He holds extensive securities licenses and qualifications, including a securities principal and supervisory management license and a Charted Financial Analyst license,” the lawsuit reads. “Indeed, at the time Gill was inciting the market frenzy with his fake persona, he was licensed by MML as a registered representative (i.e., a securities broker), and he was employed by MassMutual as a ‘Financial Wellness Director.'”

It also cites various online activities from Gill’s Reddit, Twitter, and YouTube accounts to claim that he wanted “to manipulate an increase in the price of the stock by deceptively using a ‘Robin Hood’-like persona” while “ignoring the fact he was violating numerous industry and securities rules and regulations” as a Financial Industry Regulatory Authority-regulated broker.

“By using a false identity, Gill failed to disclose his position as a regulated securities broker and industry insider and was able to mislead his media audience with his ‘every man’ act and vilify securities industry professionals to incite his media audience to purchase GameStop shares so he himself could reap large profits,” the lawsuit reads.

The suit also raises the question of the extent to which MML and MassMutual failed to uphold their “legal and regulatory obligations to supervise Gill to prevent this very conduct.”

“Investors from all walks of life were significantly damaged by the price manipulation incited by Keith Gill and his unsuspecting followers who hung on his every word,” Steve Berman, a managing partner in the firm representing the defendants, said in a statement. “We are focused on what MML and Massachusetts Mutual knew about Keith Gill’s activities.”

The House Financial Services Committee will hold a hearing on Thursday to address the “recent market instability” around GameStop and other stocks targeted by Reddit traders. Gill is scheduled to testify alongside CEOs from Robinhood, Reddit, and Melvin Capital, one of the hedge funds that lost billions shorting GameStop.

The Washington Examiner reached out to Massachusetts Mutual for further comment.