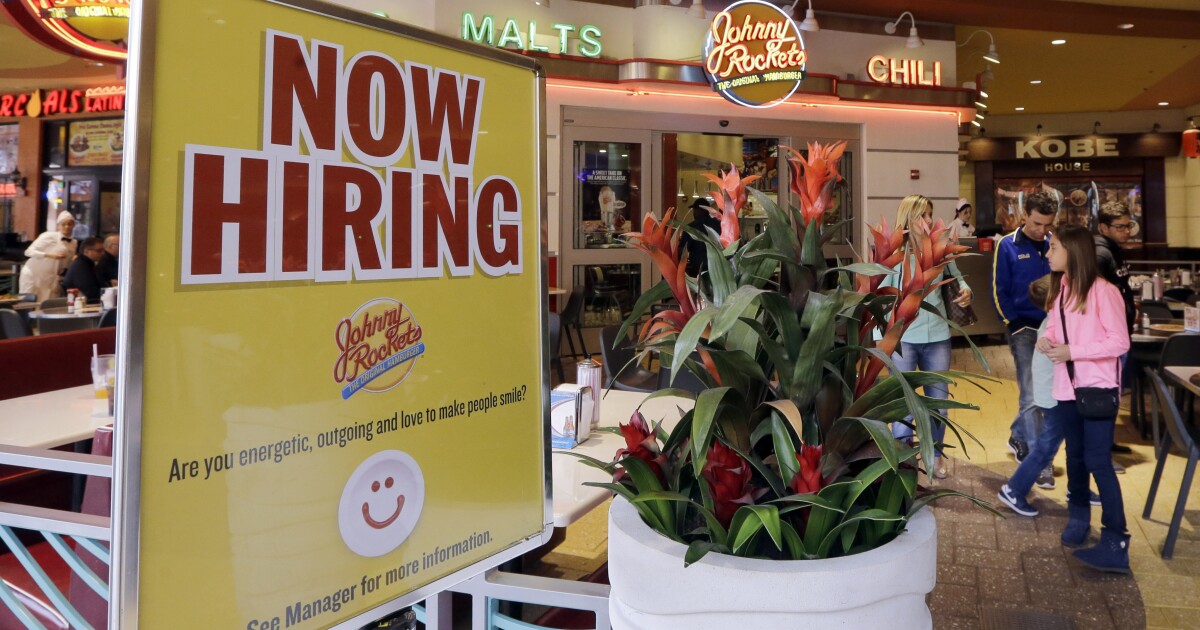 The economy added 661,000 jobs and the unemployment rate fell to 7.9% in September, the Labor Department reported on Friday, as hiring rates have slowed.

Friday’s jobs report is the last before November’s election. And while it shows, like in previous reports, historically large number of job gains, the pace of the recovery has fallen off the trajectory that would be needed to return the economy quickly to its pre-pandemic health.

“Don’t let the headline numbers fool you. This report is bad,” said Nick Bunker, an economic research director at the job search engine Indeed.com. “The economy may have added jobs but at a pace way too slow considering how many jobs were lost earlier this year.”

For September, a large chunk of the job gains occurred in the leisure and hospitality industry, with 318,000 hires. Most of those gains, 200,000, were in bars and restaurants. Still, job totals for the industry remain 2.3 million lower than before the pandemic.

Among the unemployed, the number of temporary layoffs decreased to 4.6 million in September. This measure is down considerably from the high of 18.1 million in April, but it is 3.8 million higher than in February, before the coronavirus hit the nation.

The number of permanent job losers increased by 345,000 last month, to 3.8 million, up 2.5 million since February and the highest rate of the pandemic-induced recession.

The number of long-term unemployed (those jobless for 27 weeks or more) increased by 781,000 to 2.4 million in September.

The jobless rate could be understated as the number of people not in the labor force who currently want a job was 7.2 million in September. These individuals were not counted as unemployed because they were not actively looking for work during the last four weeks or were unavailable to take a job.

Jobless workers who left the market in September lowered the labor force participation rate by 0.3 percentage points to 61.4%, down 2 points since the pandemic began.

The recent gains in hiring have recovered over half of the 22 million jobs that were lost in March and April when the unemployment rate skyrocketed to 14.7% as businesses shuttered to slow the spread of the virus and were forced to lay off workers.

Economists polled by Hamrick’s organization said that while the jobs recovery has been faster than they expected, the current slowdown will persist, and the jobless rate will be 7% this time next year.

They also project that hiring totals will average 369,000 each month. If their forecast is correct, it means that roughly half of the jobs that remain lost from March and April will be regained this time next year.

“We’re still going to be in a hole at this time next year,” Hamrick told the Washington Examiner.

The reason for the slowdown in hiring is that businesses are still exposed to the coronavirus, according to Hamrick’s report. That has postponed hiring additional workers. One example of this is the restaurant industry, where owners have been unable to reopen their dining rooms and therefore cannot rehire laid-off staff.

American Airlines and United Airlines sent furlough notices to over 32,000 workers on Thursday. These job losses will be reflected in the jobs report for October.

Goldman Sachs Group is also reportedly looking to lay off 1% of its workforce, which consists of roughly 400 positions.

More retail stores have announced closings in 2020 than in all of 2019, the previous record year, according to a report by professional services firm BDO USA.

“While retailers can usually depend on cyclical spikes in consumer spending in the fall and winter months, the latter part of 2020 looks to be just as uncertain as the first half,” the report states.

New York City could see half of its restaurants and bars close permanently in the next six months, according to an audit by the state’s comptroller, Thomas DiNapoli, released Thursday.

The industry employed over 317,000 workers in the city in 2019. But as the weather turns colder, eateries will be forced inside instead of serving customers on the sidewalk. Under social distancing rules, these establishments will struggle to make ends meet, and according to the audit, half of them won’t make it.