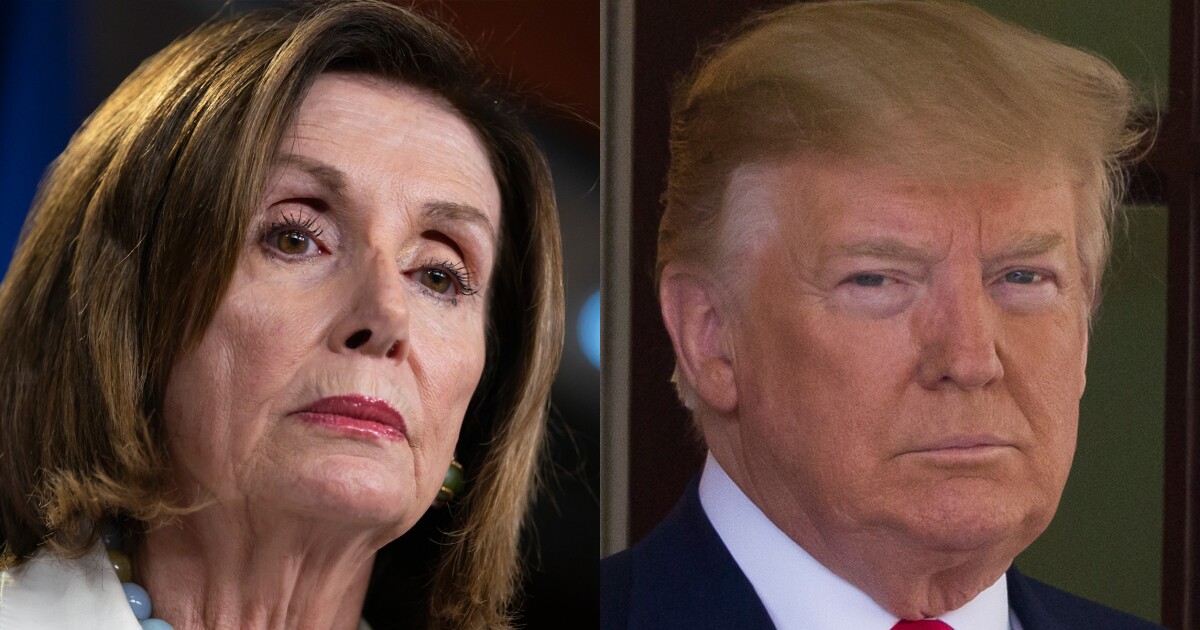 President Trump said he would immediately sign a bill that provides stimulus checks to the public.

“If I am sent a Stand Alone Bill for Stimulus Checks ($1,200), they will go out to our great people IMMEDIATELY. I am ready to sign right now. Are you listening Nancy?” Trump tweeted at the lawmakers.

Trump said he would encourage Congress to “pass a major Stimulus Bill that focuses on hardworking Americans and Small Business” after the election earlier Tuesday, urging Senate Republicans to focus on confirming his third Supreme Court nominee, Amy Coney Barrett.

Treasury Secretary Steven Mnunchin and Pelosi have debated for weeks over how much money would be included in the next round of coronavirus stimulus relief. The proposal from House Democrats, which Trump declined to continue talks on, amounted to $2.4 trillion, far greater than the $1.6 trillion proposal made by Mnuchin on behalf of the president.

Pelosi argued the White House was not offering sufficient funds for relief, while Republicans accused the House speaker of using the package to hurt their chances in the upcoming election. With negotiations stalled, no stimulus checks or relief funds will be provided for schools, day care, or COVID-19-related healthcare costs yet.