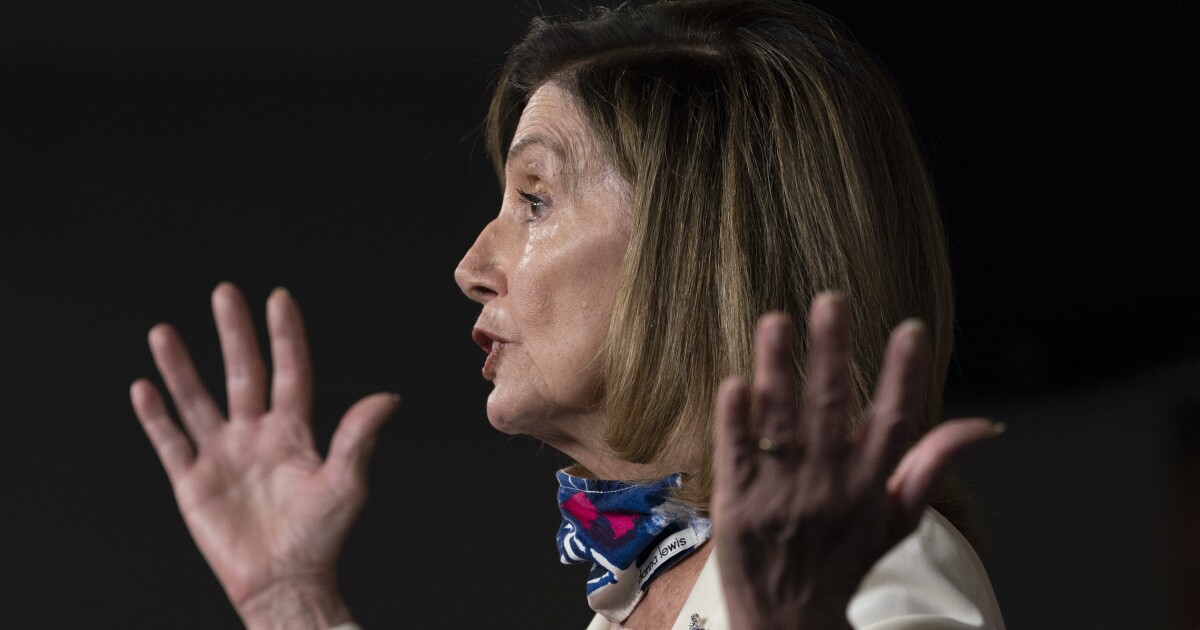 Speaker Nancy Pelosi made the claim Tuesday that the White House is “in complete disarray” after President Trump ordered aides to stop negotiating with her on a new round of federal coronavirus aid.

“Clearly the White House is in complete disarray,” Pelosi said in a statement.

Trump tweeted Tuesday he is pulling the plug on the talks, which have dragged on for months with no progress.

Trump said Pelosi won’t budge from seeking $2.4 trillion in federal aid, which is far more than the $1.6 trillion Treasury Secretary Steve Mnunchin offered on behalf of the president.

“Today, once again, President Trump showed his true colors: putting himself first at the expense of the country, with the full complicity of the GOP Members of Congress,” Pelosi said.

Trump’s rejection of Pelosi’s $2.4 trillion offer comes after House Democrats passed both a $3 trillion package in June and a $2.2 trillion pared-down version of the bill last week. Pelosi has called for up to $3.7 trillion in spending, which she said would only cost $3.4 trillion if the measure reversed all of the new GOP tax cuts.

Trump’s rejection of the $2.4 trillion offer reflects where Republicans stand on the issue. The Senate, led by Republicans, would not take up any measure as expensive as $2 trillion, Majority Leader Mitch McConnell had pledged. In fact, the Senate GOP would likely largely reject a plan in the $1 trillion range and would have had to rely on Democrats to pass a bill in that price range.

Trump said instead of negotiating further with Democrats, he plans to pass a “major stimulus bill” in his second term “that focuses on hard working Americans and small businesses.”

Pelosi and Mnuchin had been in regular talks recently and while the two agreed on a few aid provisions, including a new round of stimulus checks, both sides said they remained very far apart.