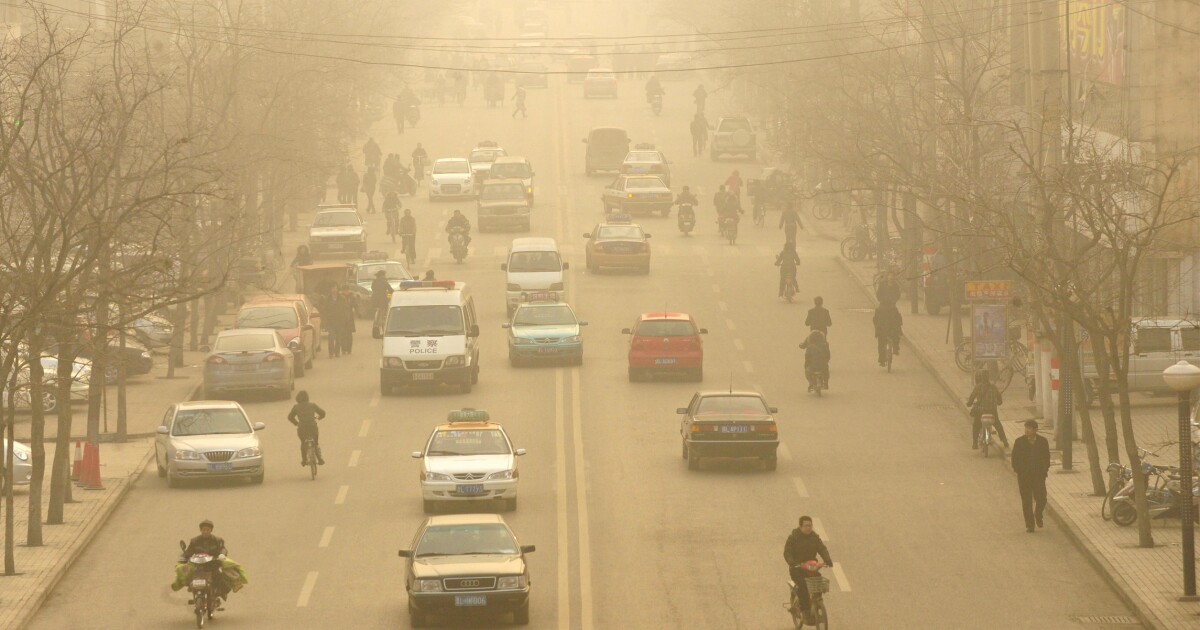 Here we are in the midst of a once-in-a-half-century pandemic, with the economy flattened, millions of people unemployed, and unrest on the streets of our cities. And President-elect Joe Biden says that one of his highest priorities as president will be to reenter the Paris climate accord.

President Trump kept his “put America first” promise and pulled the United States out of this Obama-era treaty. Biden wants us back in.

Why? Paris is an unmitigated failure. You don’t have to take my word for it. National Geographic, a supporter of climate change action, recently ran the numbers and admitted in its recent headline: “Most countries aren’t hitting 2030 climate goals.” That’s putting it mildly. Most haven’t even reached half their pledged target for emissions reductions.

Robert Watson, the former chairman of the Intergovernmental Panel on Climate Change, lamented: “Countries need to double and triple their 2030 reduction commitments to be aligned with the Paris target.”

Gee, this sounds like a treaty we definitely should be part of and pay the bills for. If there ever were an example of Democrats caring more about intentions than results, this is it.

One country is making very substantial progress in reducing carbon emissions: the U.S. under the Trump administration. Even though our gross domestic product is way up over the past four years, our carbon dioxide emissions are down. Our air pollution levels and emissions of lead, carbon monoxide, and other pollutants are at record lows.

Meanwhile, the one country that matters most to reduce greenhouse gas emissions is China. Beijing is far and away the largest polluter. Year after year, China makes hollow promises to world leaders about a commitment to stopping climate change while building dozens of new coal plants. India and its 1 billion people are hooked on coal as well. These two nations alone account for about half the world’s emissions.

We would have put our coal miners out of jobs under the Paris accord and crippled our $1 trillion oil and gas industry while China and India kept polluting and laughing at us behind our backs.

These countries are still developing, and their priority is to deliver a middle-class lifestyle to nearly 2 billion people, half who live in severe poverty. They can be forgiven if a high priority is making sure that people have enough food to eat rather than worrying about what SHAKE climate change models tell us what the global temperature will be in 50 years.

China has much more profound and sinister ambitions. Those don’t involve cleaning up the planet. Beijing’s communist government is obsessed with seizing world superpower status away from the U.S. The China 2025 Plan of world technology domination doesn’t involve switching to expensive and unreliable energy sources. China’s plan is to goad the U.S. into doing that.

The tragedy of all this is that we have a clean source of energy that makes sense. Thanks to the shale oil and gas revolution, the cost of fossil fuels fell 70-80%. The costs will continue to fall thanks to the superabundance of these energy sources. The U.S. has more fossil fuel energy than virtually any other nation. We are technologically ahead of the rest of the world in drilling productivity and have become a net exporter.

What makes no sense is to discontinue natural gas production from fracking. Gas is the planet’s wonder fuel. Natural gas is cheap, abundant, made in America, reliable, and burns clean. It should be the 21st-century power source. It makes no sense economically or ecologically to switch to windmills and solar panels unless you are an investor in these expensive, 19th-century energy sources.

The news across the globe is that world leaders and environmental agencies are thrilled to the rafters that under a Biden administration, the U.S. will reenter the Paris accord. Why wouldn’t they be? We pay the bills. We hang our booming free market economy on a cross of climate change regulation and alarmism. We pretend that the world is complying when their actions speak much louder than their words. We trust, but we don’t verify.

Paris may be Biden’s first act as president. It will be an announcement to the world that “put America first” has been replaced with “put America last.”