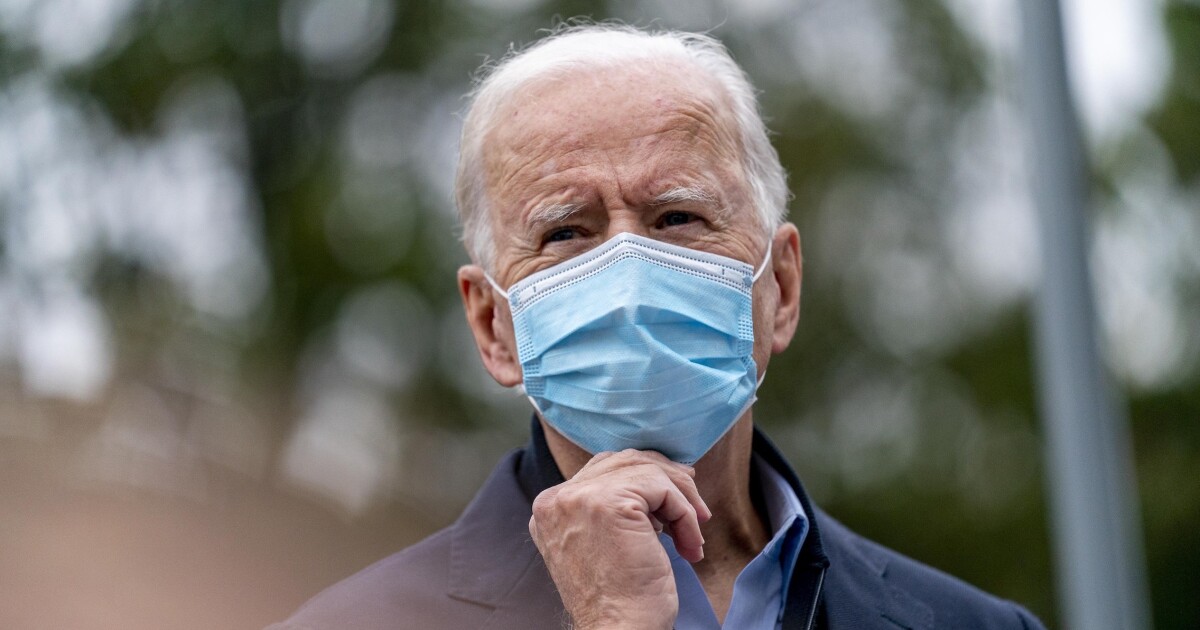 CLEVELAND — With a week until Election Day, Democratic presidential nominee Joe Biden is being urged to pitch his economic message hard and fast.

Biden, the two-term vice president and 36-year Delaware senator, has drawn on the coronavirus pandemic and pending Obamacare Supreme Court case to paint a contrast between himself and President Trump on healthcare.

But Ohio Democrats are warning his campaign to remember the economy, a critical issue to the so-called “forgotten man” in their Rust Belt state.

California Sen. Kamala Harris, Biden’s running mate, rallied supporters on Saturday at Cleveland’s Cuyahoga Community College, in the heart of the Democratic stronghold. After the event, Lindsey Joseph, 28, huddled with the Washington Examiner, away from a brisk Lake Erie breeze.

The Cleveland consultant said Trump’s COVID-19 leadership has turned off voters, particularly women with children. But, in her opinion, Biden hasn’t taken ownership of his proposed economic response to the crisis.

Joseph compared Biden to Sen. Elizabeth Warren, whom she backed during the primary. The Massachusetts Democrat was both celebrated and scorned for her wealth tax leveled at households earning more than $50 million a year.

Joseph added, “He’s done better in the debates on kind of explaining it a little bit more, but he doesn’t have a hallmark thing, like corporate taxes.”

In the parking lot, Marisa Arancibia, 25, conceded that Trump offered a clearer economic vision than Biden.

“I don’t agree with what Trump says, but I feel like the people who do support him like that he cares more about the economy,” the Lakewood librarian said. “He talks about the economy and businesses opening up and stuff with COVID. Biden’s more about compassion and moving forward with ecological steps, with less oil and all that stuff.”

The following day outside the Cuyahoga County Board of Elections building, Wendy Horn, 42, explained that, to her, Biden’s approach was based on the country’s top priority.

“I don’t want to say it’s a pick and choose your battle, but right now, COVID is at the height. COVID is at the absolute height,” the Cleveland child welfare supervisor said. “I don’t personally feel like that economic plan can be fully developed until we get a better handle on COVID.”

But Cleveland community activist Alana Garrett-Ferguson, 28, was adamant that the public health-economic dichotomy was a false choice.

“He actually should talk about the economy a little bit more because I think that healthcare and the economy are the two biggest things,” she said. “You have people who have had direct impact of COVID from a healthcare standpoint, and you have people who have had a direct impact on the basis of their business or basis of their employment. So you have to be able to balance all of that.”

After beating 2016 Democratic standard-bearer Hillary Clinton in Ohio by 9 points, Trump leads Biden on average by less than a percentage point, according to RealClearPolitics. But Trump’s edge on his rival when it comes to the economy trends outside the margin of error.

In the village of Grafton, southwest of Cleveland, Trump supporters proudly showed off roughly 50 decked-out cars gathered on Saturday for the start of a two-hour vehicular parade through Lorain County. Though Lorain County is traditionally Democratic, too, it’s a lighter shade of blue than Cuyahoga.

Cheryl Smith, 61, defended Trump from criticism regarding the pandemic since it was “China’s fault.”

“He has done what he said he would do, and he’s turn things around,” the Amherst retiree said. “I just can’t believe that anybody would want anything different.”

Her husband, Ken, 62, said there seemed to be even more enthusiasm for Trump in 2020, judging by yard signs and the number of people taking part in the parades. “The economy before this was fantastic, and everybody got lifted up,” he said, particularly of unemployment data.

Aside from boosting the military and law enforcement, Dan Fate, 74, said Trump’s rolling back of regulations made “the future look better.”

“There is a greater sense of patriotism, a brighter outlook instead of doom and gloom all the time,” the Grafton retiree said.

In 2016, Lorain County backed Clinton over Trump by only 131 votes, according to David Arredondo, Republican Party chapter chairman. Four years later, Arredondo said Lorain County, once a manufacturing hub, would serve as a bellwether for the rest of Ohio. And from his conversations with people at events, in the headquarters, and online, he was confident on behalf of Trump.

“I think there’s a big landscape that shows that people feel they are better off. And generally, when it comes to presidential elections, it’s the economy that does affect people,” he said.

Back in Cuyahoga County, Ralph King, a local Republican Party member, was convinced Trump had persuaded independents, given they were now being paid overtime and the United States was less dependent on foreign countries.

“These guys, they know that under Donald Trump they’re working. They know that economy. They may not be stock market guys and all these other smart guys with suits and everything,” the Main Street Patriots co-founder said.

How to fix the biased polling industry using economics