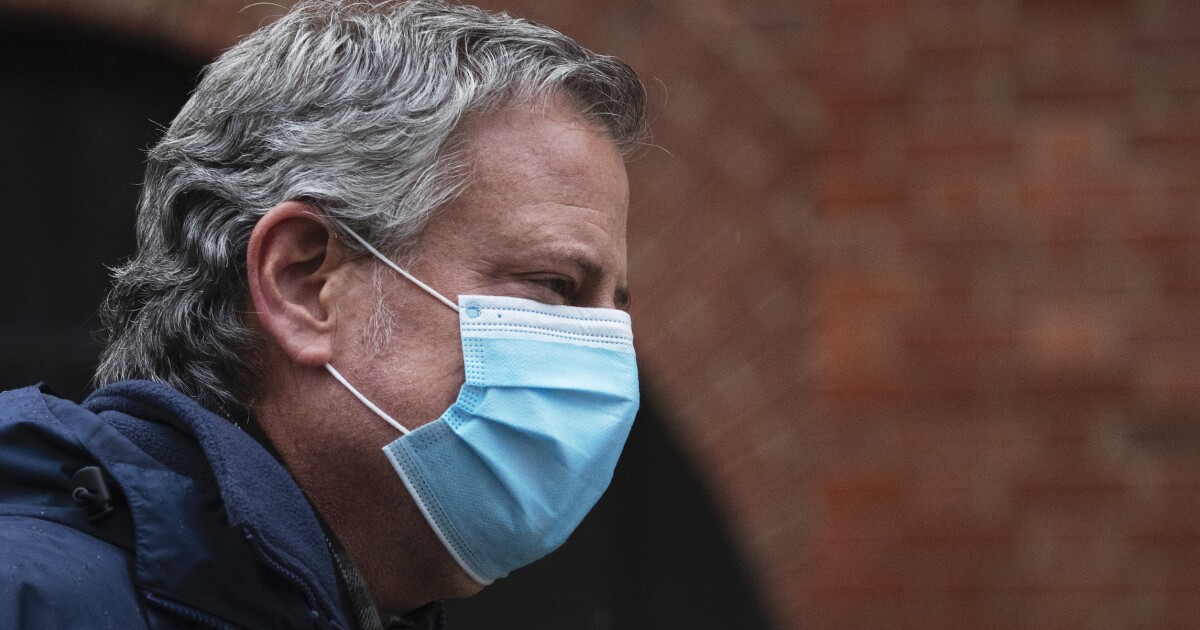 New York City Mayor Bill de Blasio put the forecast for the Big Apple’s full reopen at “a few months away, at minimum.”

De Blasio made the comments during an appearance on WNYC’s The Brian Lehrer Show on Friday. He was asked by a Brooklyn bar owner what New York City could do to help small businesses struggling with the city’s health restrictions.

“I’ll have more to say on that soon, on other ways we can help small businesses to get through to the point where we can really start at reopening, which obviously is a few months away at minimum,” de Blasio responded.

The mayor said that before a full reopening, the city would be looking into plans that might include allowing limited space at restaurants and bars and could factor in outdoor seating.

“There’s a lot of ideas out there we’re working on right now,” de Blasio said.

The comments come as anti-lockdown protests have broken out in states across the country. A Thursday protest in Michigan flooded into the state capital, with activists, many not wearing masks nor practicing federal social distancing guidelines, entering the building and demanding access to the House floor.

De Blasio drew criticism from both ends of the political spectrum this week when he singled out the “Jewish community” in a series of tweets where he spoke about how a funeral in the city had to be dispersed due to lack of social distancing.

“My message to the Jewish community, and all communities, is this simple: the time for warnings has passed,” he said in one tweet. “I have instructed the NYPD to proceed immediately to summons or even arrest those who gather in large groups. This is about stopping this disease and saving lives. Period.”

Jonathan Greenblatt, CEO of the Anti-Defamation League, said on Twitter that “generalizing against the whole population is outrageous especially when so many are scapegoating Jews.”

New York has had more than 313,000 of the nation’s 1.1 million coronavirus cases, with New York City shouldering almost more than half of those. New York City has also had almost 18,000 deaths, according to a tally by the New York Times.