Home Business No, the United States is not systemically racist 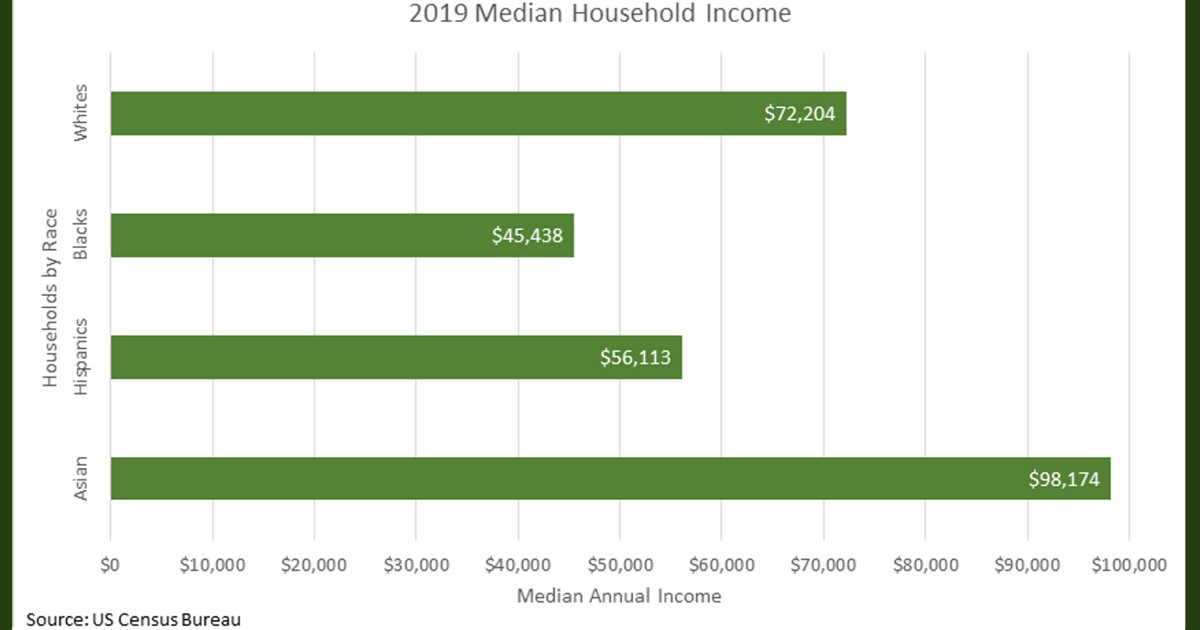 In the second half of the 20th century, from 1950 to 2000, black people in the United States experienced much larger income gains than whites did. The group that had the largest income gains by far was black women. Their incomes nearly doubled over that period (after inflation). The race gap persists, but it is much lower today than it was in 1950. Does this sound like the financial results from a systemically racist country?

We are told by Black Lives Matter, about 80% of the college professors, and their pals in the media, that President Trump is a racist. CNN says it almost every night. It’s always wise to judge a man by his deeds, not his words or promises. The Census Bureau report released earlier this month finds that from 2016 to 2019, black incomes rose more than in any three years in the history of the United States. The median household income for blacks is now $45,438. I don’t have the latest data in front of me, but data from several years ago would indicate few, if any, other nations on Earth with a higher average black income than the United States.

Black poverty rates fell to their lowest level ever recorded. Black poverty is still much higher than white poverty, but black people’s economic advancement under Trump (pre-coronavirus) has been nearly miraculous. Does this sound like the results of a racist president?

One of the more fantastic claims by the BLM crowd is that America discriminates against all minorities, or “people of color.” By that, they mean people who are black, brown, anything not white. But the latest census data on incomes squarely contradict this conclusion — at least when it comes to family finances and economic opportunity.

The highest income group in America today is not white-skinned workers. It is Asians. Astonishingly, the median household income of Asian Americans reached just shy of $100,000 a year. (The number is $98,174 to be exact.) In other words, the average Asian family is upper-income. One of America’s wonders as a land of opportunity is that an immigrant can come to America dirt-poor from China or India and, within 20 years, move into the middle class or even become wealthy.

How did Asians, many of whom are first- or second-generation immigrants from Japan, Korea, India, China, Pakistan, Taiwan, the Philippines, Indonesia, etc., race ahead of whites? Perhaps they have a stronger work ethic. Maybe they are more likely to go into occupations in the sciences, engineering, or medicine, where salaries are high. Perhaps it is the “tiger moms” effect. Who knows? But what is indisputable from this evidence is this: This couldn’t have happened in America if this were a nation that hates brown-skinned Americans. It could not have occurred in a xenophobic country.

What about or Hispanics? Trump has indeed said some very nasty things about Mexicans coming to the U.S. illegally and committing crimes. But Hispanics are doing very well in America. The average Hispanic household makes more than $56,000 a year today. That’s not rich — but it is a massive leap forward from what Hispanics earn in Mexico, El Salvador, or Cuba. The gains of Latinos in just the last three years have been extraordinary. Hispanics have also been invaluable in keeping our hospitals, nursing homes, stores, and delivery systems functioning during this pandemic thanks to their incredibly strong and admirable work ethic.

I would submit from all this that America isn’t the most but rather the least racist nation on Earth when it comes to upward economic mobility.