Home Business No more stimulus needed: Time to get on with the new economy 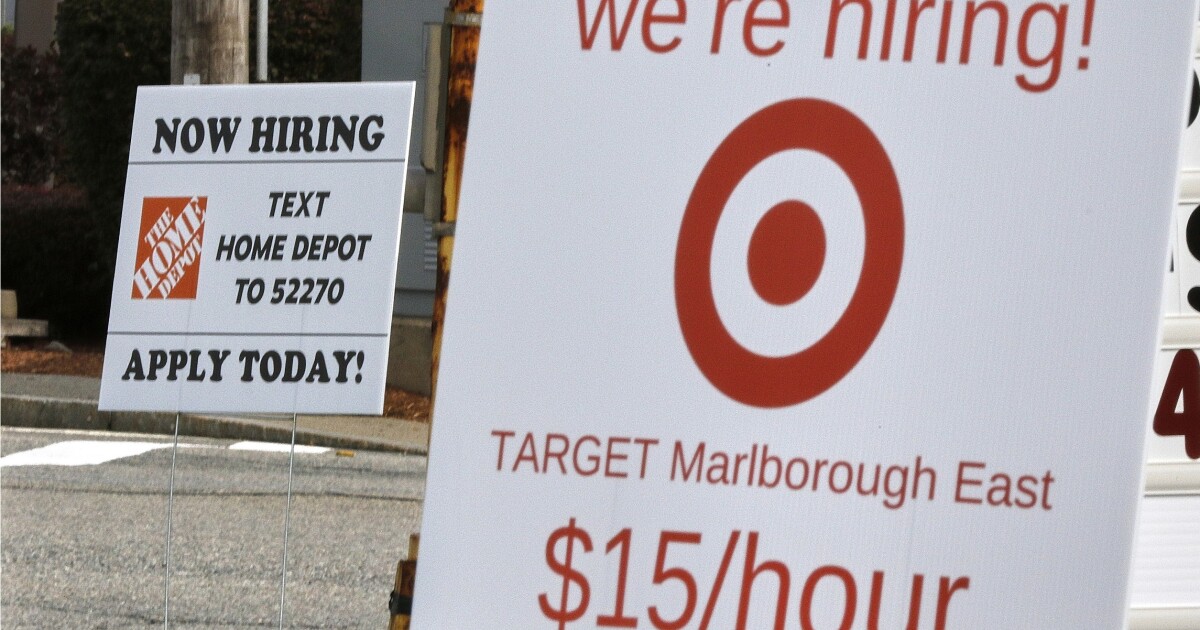 President Trump has announced that he won’t be approving any more economic stimulus or relief legislation until after the election. This may or may not be a wise move — it depends upon your views of what sort of recession we’re in right now. A rational view would be that it’s good news, for the bad news is that we have two different recessionary events to deal with.

The first recessionary event is obvious: close down large chunks of the economy, and we lose 30% or so of the GDP we had. Open it up again, and we get 30% growth (that being the current best estimate for the third quarter, the period that just ended about a week ago). Of course, a 30% drop followed by 30% growth from that smaller number doesn’t get us back to where we started from. We can check this with the unemployment rate of 7.9%. That’s half of what it was at its worst point during the coronavirus recession, but still twice as high as the pre-coronavirus rate.

We’ve had a lot of economic recovery, but not quite enough.

At which point, we could just say let’s blow some more of the deficit and get more stimulus! Which is to miss the second recessionary problem we’ve got.

There are some things we have to do differently now. We cannot just go back to where we were because we’re in a different world now. As all journalists know, this being our natural habitat, bars are different now. Social distancing means that concerts, plays, and the live arts just cannot be done as they were. There’s also been an acceleration in already extant trends. More people working from home is going to kill city-center coffee shops and sandwich takeouts. More online shopping will affect bricks-and-mortar retail. These things just aren’t going to bounce back. They’re going to be different in the future, not just take a mulligan.

This is what the economist Arnold Kling calls a recalculation recession. The important feature of such being that it takes us time to work out how we’re going to do these things. How do we do the old things in a new and different manner? What new things replace those old things that won’t exist at all? Anyone who has ever tried to get a job knows that nothing happens immediately here. Even if we knew exactly what to do — we don’t, we’re going to have to use market experimentation to work that out — already it takes notable time to advertise a job, collect applications, interview, kick HR a few times, and then hire. None of this process is aided by further economic stimulus.

The entire purpose of said stimulus is to save, until it can be reopened, that old economy. Something that only works with those bits that are going to reopen. The change needed as the last part of the process is hampered, positively delayed, by attempts to preserve those old ways.

Any and every economist you care to ask on the point will, if prodded enough, agree with the basic logic here. There are two different recessions, one of which we’re just trying to bounce back from, the other we’re going to have to change our ways to get out of. Disagreement (and there will always be that, these are economists we’re talking about!) will be about the relative importance of each.

At some point, the stimulus has to stop so that we can get on with the task of building the new economy we need instead of continuing to prop up all the last bits of the old one we’ll never return to. We’ve done enough cash-splashing to get the economy as a whole to self-sustaining lift off. So, we should stop and now allow people to get on with the difficult bit: working out how we do things in our new world. No more stimulus is probably the right answer.

Tim Worstall (@worstall) is a contributor to the Washington Examiner’s Beltway Confidential blog. He is a senior fellow at the Adam Smith Institute. You can read all his pieces at The Continental Telegraph.