Home Business Mnuchin says relief before election 'would be difficult' 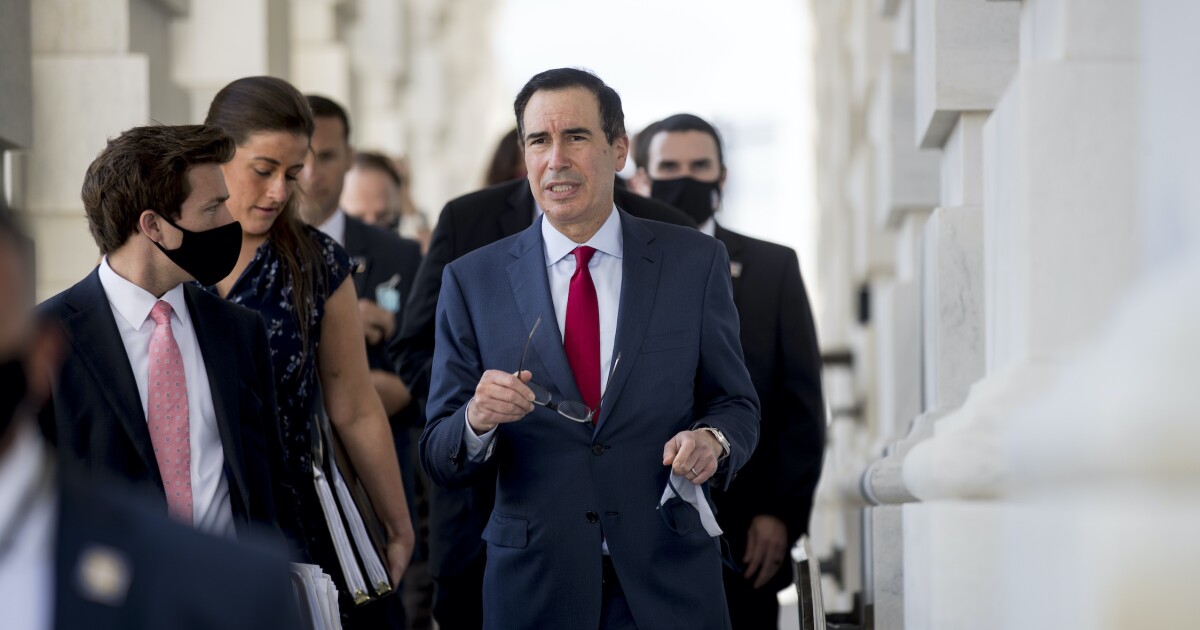 Treasury Secretary Steven Mnuchin said Wednesday that it is highly unlikely that a coronavirus relief package will get done before the election due to the gulf between both parties.

“I’d say at this point getting something done before the election and executing on that would be difficult, just given where we are,” said Mnuchin at the Milken Institute Global Conference.

With President Trump’s renewed support for a relief package, Mnuchin offered Democrats a new deal on Friday that would increase a previous offer of $1.6 trillion to $1.8 trillion.

But the two parties remain far apart from a compromise deal. Speaker Nancy Pelosi is seeking $2.2 trillion, including nearly $500 billion in state, local, and tribal funding, which Republicans oppose.

The amount of money for coronavirus testing and liability protections for businesses are two other major areas of disagreement between the two sides.

Pelosi spokesman Drew Hammill said Wednesday that “one major area of disagreement continues to be that the White House lacks an understanding of the need for a national strategic testing plan.”

Mnuchin said he’s willing to negotiate a larger, more comprehensive package later but wants to provide some stimulus to the economy now.

“I don’t agree with the speaker’s approach of we have to do all or nothing,” Mnuchin said at the Milken conference on Wednesday. “We’re continuing to negotiate a comprehensive bill, but we want to put money into the economy now.”