Home Business Lockdowns are killing us 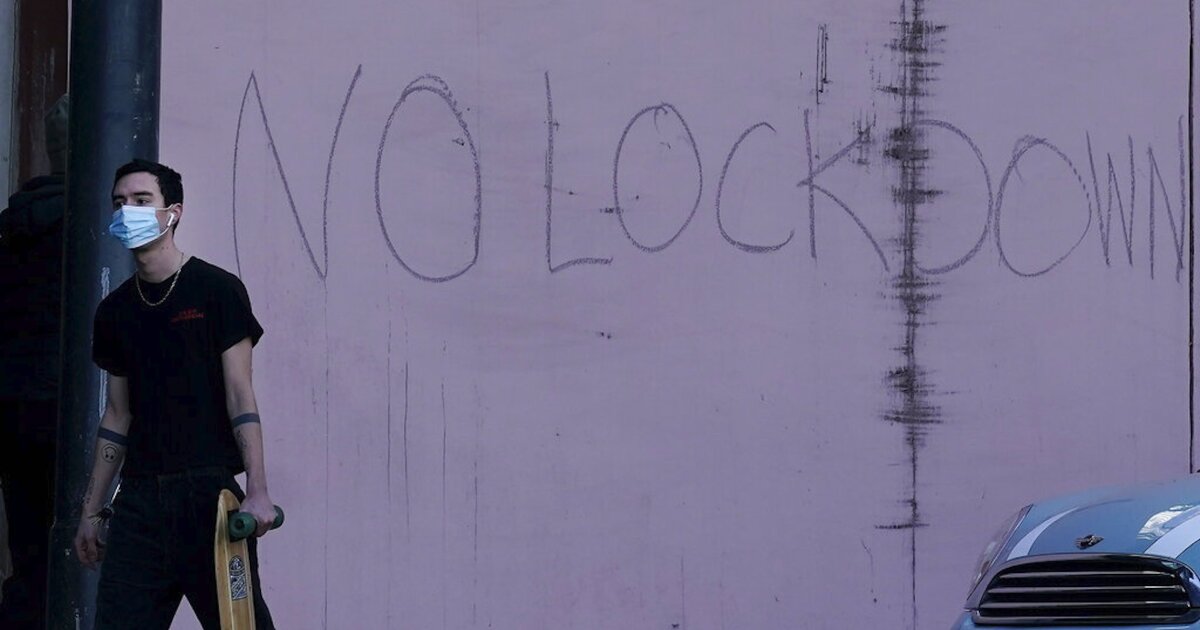 We are now nearly a year into the most self-destructive social experiment in the recorded history of human civilization.

And then, over the course of just a few catastrophic weeks, our government took a wrecking ball to it all. In the second quarter, GDP plunged by a third — the worst decline in productivity ever recorded. Unemployment exploded to its highest levels since the Great Depression. Tens of millions of people lost their jobs. Trillions of dollars of the nation’s wealth were squandered.

In the months since, our children have been robbed of a year of education. Millions of people have been forbidden from earning a living by their own government. Shopkeepers have seen their life’s work destroyed, and when in desperation they try to hold on, they are led away in handcuffs. Our most cherished rights to worship freely, to assemble peaceably, and not to be deprived of our lives, liberty, or property without due process of law have been destroyed.

COVID-19 didn’t cause this damage. Public officials did. They promised us it was for our own good, that it would save lives.

But mounting evidence in multiple scientific studies is putting the lie to these sophistries. It is becoming increasingly, tragically, and bitterly clear that the lockdowns have not only failed to save lives but are actually costing lives.

Last month, the University of Denmark released the results of a study comparing Danish municipalities that locked down and those that did not. Its conclusion: The lockdowns “had limited and statistically insignificant effects.”

This conclusion mirrored a similar study out of Stanford University that compared eight nations with lockdowns and two nations without them. It concluded: “We fail to find an additional benefit of stay-at-home orders or business closures.”

These are studies based not on assumptions and predictions but on actual data. This is what the science is telling us, and it’s telling us the same thing from multiple studies: The lockdowns have not saved lives, certainly not to any statistically significant level.

But it gets worse — much worse. We are now seeing mounting evidence that lockdowns are costing lives on a staggering scale.

Last month, the National Bureau of Economic Research warned that increases in poverty caused by the lockdowns will cost more than 800,000 lives in the United States over the next 15 years due to higher poverty levels — with the deaths disproportionally affecting African Americans and women. That comports with a United Nations warning that tens of millions of people worldwide will be pushed to the brink of starvation.

Suicide rates have jumped dramatically over the past year. Dementia deaths between March and September jumped 13,000 as patients were left with little means of social interaction. San Francisco reported that deaths from drug overdoses exceeded COVID-19 deaths in 2020.

According to the Wall Street Journal, the Centers for Disease Control and Prevention reported 475,000 excess deaths in the U.S. at a time when it was reporting 281,000 coronavirus-related fatalities. The difference is 194,000 additional deaths unexplained by normal mortality and COVID-19 combined. Could this be the butcher’s bill from a folly that has produced skyrocketing suicides, drug and alcohol deaths, domestic homicides, isolation-related deaths, delayed health screenings, delayed health treatments, and poverty-related deaths?

Unlike COVID-19, which is a curse brought to us by nature, lockdown deaths are the fault of specific individuals in positions of public trust who imposed draconian restrictions out of panic, ignorance, or egotism. They preened and virtue-signaled and boasted how much they cared for the lives of others while they have pursued a folly never attempted in recorded history, which is needlessly taking an appalling toll on lives and livelihoods.

Some of those responsible hold power by virtue of appointments by elected officials. Others hold power directly from the voters. The public ultimately must decide how much longer they will put up with this dystopian and authoritarian world. I fear this nightmare will not end until the officials who are responsible for it are removed from the offices they hold.

The secret history of the minimum wage movement