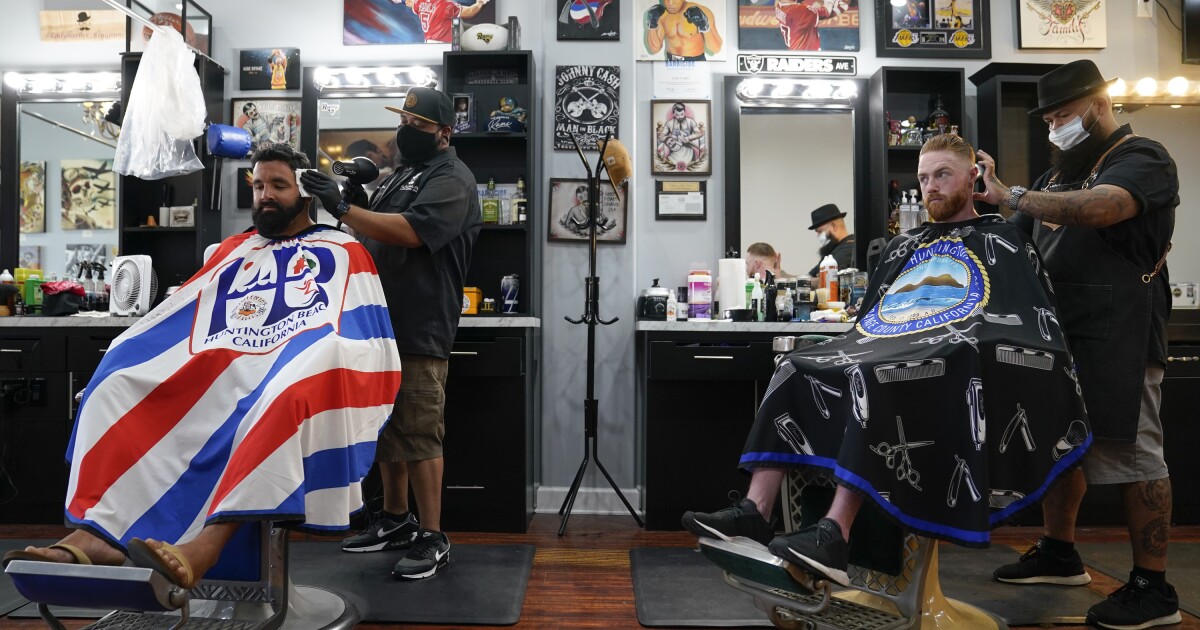 When President-elect Joe Biden takes office in January, he’ll be facing an economy in need of help. As lawmakers consider the merits of another coronavirus relief package, they should not only consider the immediate need for income support but also preparations for the long-term recovery.

It took until 2017 for the unemployment rate to hit its 2007 pre-Great Recession low, even though unemployment peaked in 2009. We need to avoid such a slow recovery this time and end the economic suffering as soon as possible. One way to help accelerate people returning to work would be helping states reform regulations that reduce employment.

Occupational licensing is a regulatory regime in which would-be members of certain professions are required to obtain a government license before they can perform a particular job or service. Which jobs are licensed varies on a state-by-state (and even municipal) basis, but it’s not just doctors and lawyers that need them. The share of the U.S. workforce that needs a license has risen from 5% in the 1950s to around 25% today.

Barbers need licenses in every state and the District of Columbia, and on average, they need over a year of education and experience, along with $154 in fees and two exams to earn them. Louisiana licenses florists, while 37 states require licenses for travel guides, and 41 states license makeup artists.

One common justification for these laws is the need to protect the public, but there’s little evidence that licensing regulation actually improves the safety of customers or workers. There are plenty of alternatives to protect public health, such as private and public certifications or health inspections.

The main effect of occupational licensing is the barrier to entry it creates for employment in regulated fields, which reduces competition for people who have licenses by keeping new workers out. According to a 2018 study by economist Morris Kleiner, occupational licensing eliminates almost 2 million jobs annually and reduces economic growth by $184 billion.

Excessive licensing regulation also has specific negative consequences for the post-COVID 19 recovery effort. The pandemic-induced recession has hurt small businesses more than large corporations, creating concerns that the few biggest companies will have even greater power over economic life. Occupational licensing regulation reduces entrepreneurship and small business formation, particularly among low-income people, even further. Relaxing these regulations would make it easier for new small businesses to enter the market.

Similarly, the increase in remote work the pandemic brought has the potential to reshape the geography of economic activity. The impact of a recession differs from region to region. Enhancing geographic mobility could improve the nation’s overall recovery as well as social mobility, as workers have more freedom to move to regions with more opportunities. But licenses are a barrier to that geographic mobility, as many states don’t recognize licenses granted in other jurisdictions. A recent study from economists at the Federal Reserve Bank of Minneapolis found that workers in fields with state-specific licenses are 36% less likely to migrate across state lines.

Some governments have used licensing fees as a way to raise revenue, but for most states, they lose more revenue from lower employment and slower economic growth than they gain from the licensing fees. States should be looking to raise tax revenues by increasing economic growth, not fleecing industry newcomers.

Given that occupational licensing is regulated on a state-by-state basis, most of the ability to reform the system lies at the state (and to a lesser extent, the local) level. There are some ways, however, that the federal government can push reform in the right direction.

Congress could include reforms like increasing grants to state governments to review the effectiveness of their occupational regulatory systems in a stimulus bill. The federal government could also include additional funding for Federal Trade Commission enforcement of antitrust law against state licensing boards, as the Restoring Board Immunity Act would have done.

These ideas should have bipartisan appeal, too. Joe Biden advocated loosening licensing regulations on the campaign trail. And while they should not by any means be the centerpiece of a new stimulus bill, they would be a useful, low-cost addition.