Home Business Liberalism will get unleashed and will fail again 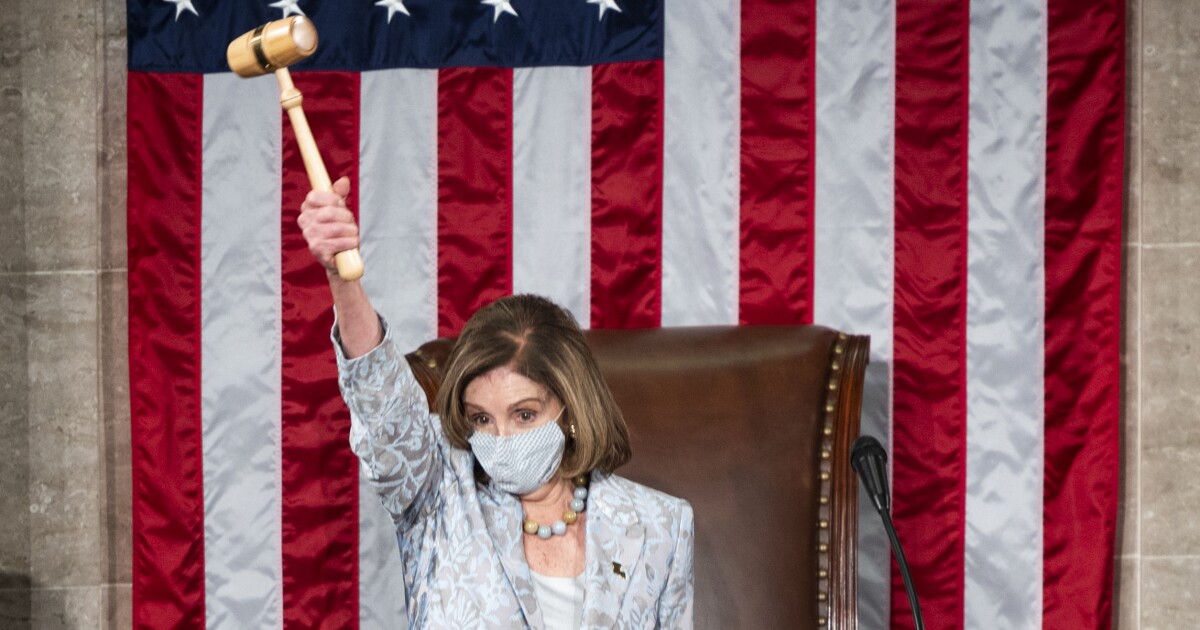 The events of the first week of 2021 have been monumental setbacks for conservatives and Republicans.

First, Democrats won both the runoff Senate races in Georgia, a formerly solid-red state. They won not by running centrist old-Southern Democrats like the highly-respected former Georgia Democrat Sam Nunn. The senators-elect from Georgia, Jon Ossoff and Raphael Warnock, ran as hardcore leftists — promoting more government, government-run healthcare, free money, higher taxes, and soaking the rich. They are, to put a spin on Winston Churchill’s famous yarn: wolves in wolves’ clothing. Bernie Sanders and Elizabeth Warren will have new comrades.

The results of this election and from the presidential race in November suggest the new Democratic coalition of overwhelming command of the inner-city minority vote, wealthy white suburbanites, know-nothing millennials, and gazillions of dollars of political dollars from high tech has become, for now, a winning formula in many parts of the country.

Then, there were the riots at the Capitol building to prevent the Electoral College count. It triggered a backlash against President Trump and Trumpism. Conservatism seems to be on life support.

The situation reminds me of the old joke of the politician who badly lost his election and declared: “If I’m alive, why am I lying in this casket? If I’m dead, why do I have to go to the bathroom?”

I’ve lived through two major Democratic takeovers of Washington in my 35 years inside the beltway. The first was in 1993, when Bill Clinton and the “New Democrats” seized complete control of power, and the second was in 2009, with the Barack Obama “hope and change” liberal agenda. In both cases, Democrats and their liberal allies outran their mandate from voters. In both cases, within two years of unchecked liberal mischief, voters had had it. They pummeled the Democrats with massive Republican victories from coast to coast, from local dog catcher races to congressional seats and governorships.

My prediction is this is what Democrats will do again. The dominant far-left wing of the party will feel uncaged. The “Squad” in the House, led by Alexandria Ocasio-Cortez, will demand a take-no-prisoners rush to socialist policies on healthcare, education, student loans, and climate change. Right out of the gate, the Democrats will ram through a $2-$3 trillion stimulus bill, with the debt careening past the $30 trillion mark.

Yes, they will try to jerry-rig the rules in Washington to sidestep every check and balance installed by our Founding Fathers and nearly 230 years of speed bumps to protect the rights of the minority. It means adios to the Senate legislative filibuster and hello to court-packing schemes. The House Democrats have already canceled the “pay as you go” budget rules requiring offsets in new spending with other deficit-reduction measures.

This whole leftist power agenda has a name: the “Great Reset,” a repudiation of capitalism and free markets and a grand tilt toward re-empowering the elites and the ruling class. The globalists are all for it. So is the pope. Putting America first is to be replaced with globalism.

As sure as the sun rises in the east and sets in the west, people will find such an anti-America agenda repulsive. The nation voted against Trump’s antics and his bombastic personality, not his policies, which were a spectacular success, particularly on the economy. Biden promised to kick the AOC and Bernie Sanders agenda to the side of the road, but that’s not where the party in Washington is. That’s not where last year’s most liberal senator, Kamala Harris, is at. Democrats will concentrate power in Washington and refill the swamp. Most voters still want it drained.

To save the country from socialism, which voters in 2020 said they do not want, Republicans need to do what Newt Gingrich did in 1993 and 1994 and the “young guns” in the House did in 2009 and 2010. Play defense like it’s fourth down on the 1-yard line and lay out an alternative vision for America based on opportunity, freedom, free markets, choices, and, yes, making America great again.

Conservatives may have lost the reins of power in Washington, but they won nearly everywhere else coast to coast in November. Meanwhile, the GOP’s corps of superstar governors from Ron DeSantis of Florida to Pete Ricketts of Nebraska, to Kristi Noem in South Dakota, among others, must show to the country the alternative and superior vision to progressivism.

The Biden-Pelosi-Schumer juggernaut is going to be like tanks streaming over the border. Of course, the victims of progressivism and redistributionism, as always, will be the very people who benefited the most from Trump’s policies: the poor, the working class, and minorities.

Liberalism has been unleashed, but it will go on trial in 2021 and 2022. I’d bet high odds that voters will convict it two years from now.