North Korean leader Kim Jong Un is calling for a major productivity campaign that is intended to boost his country’s economy.

Addressing a Politburo meeting of his ruling Workers’ Party, Kim told officials that there needed to be an “80-day battle” to reallocate workers and resources toward projects that are of crucial economic need, according to Bloomberg.

The productivity campaign is the first since a similar call from Kim in 2016.

“We still face the challenges that cannot be overlooked, and there are many goals we have to attain within this year,” read a Tuesday report from the state-run Korean Central News Agency about Kim’s meeting. 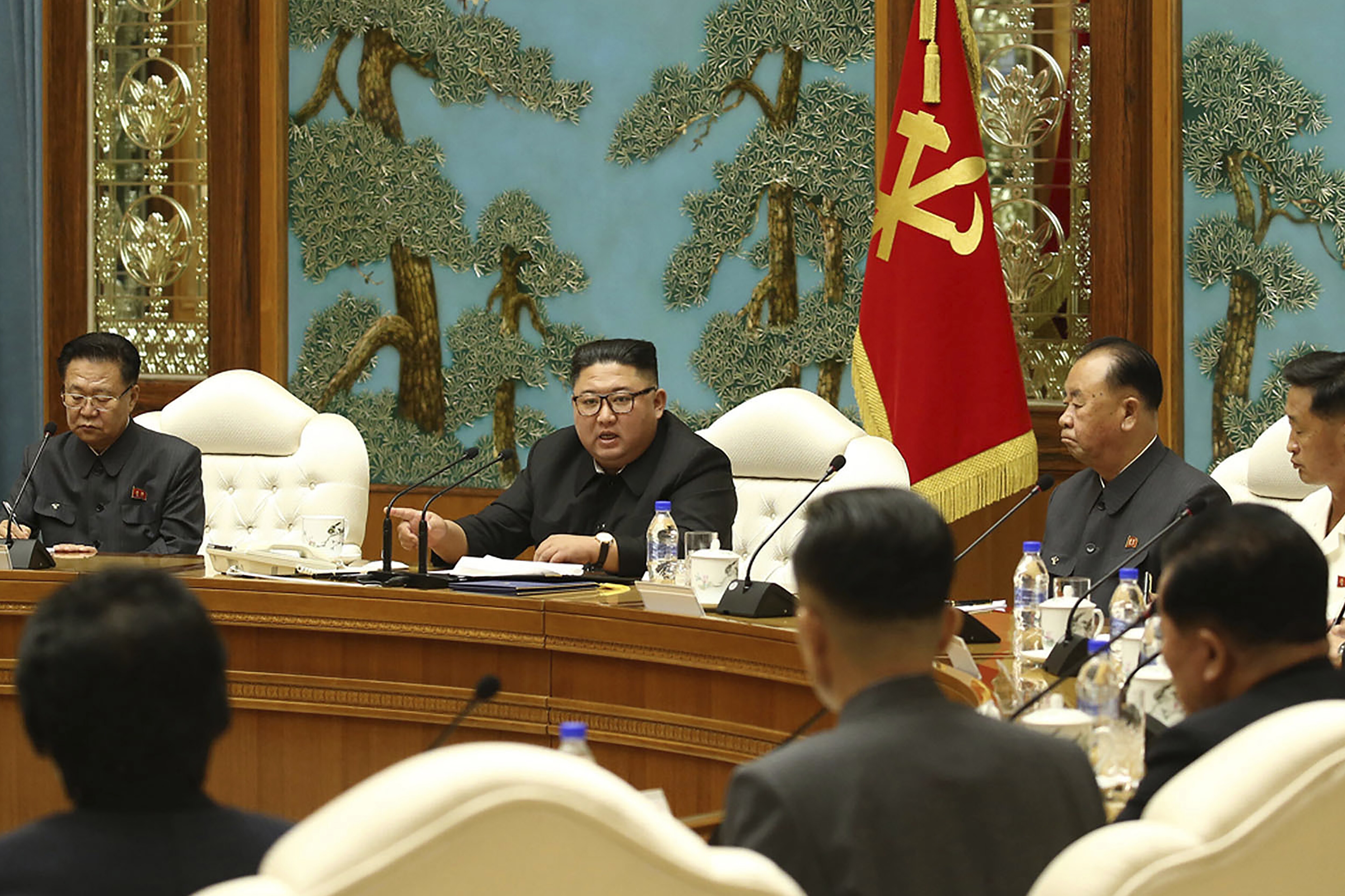 In this photo provided by the North Korean government, North Korean leader Kim Jong Un, center, attends the 19th meeting of the Political Bureau of the 7th Central Committee of the Workers’ Party of Korea in Pyongyang, North Korea Monday, Oct. 5, 2020. Independent journalists were not given access to cover the event depicted in this image distributed by the North Korean government. The content of this image is as provided and cannot be independently verified.
(Korean Central News Agency/Korea News Service via AP)

The sudden productivity drive is reportedly being designed in order to see major projects to completion prior to a rare January meeting with the party in which Kim is likely to make changes to leadership and unveil a new five-year economic plan.

Observers say the economy of North Korea is in poor condition as the country grapples with sanctions against its nuclear program, coronavirus-related border closures, and the economic fallout from devastating floods that struck the peninsula after typhoons hit earlier this year. Fitch Solutions analysts said the hermit nation’s economy has been hit the hardest this year in more than two decades.

Denuclearization talks between the United States, North Korea, and South Korea have fizzled out in recent months with Kim escalating tensions by test-firing several missiles off the coast of North Korea. Over the summer, North Korea bombed an inter-Korean liaison office and threatened to send troops into demilitarized areas along the border.

During a recent speech before the United Nations General Assembly, South Korean President Moon Jae-in advocated for an official end to the 70-year Korean War. The overture was done in an effort to jump-start the stalled denuclearization talks.