Home Business Joe Biden might not remember his failed economic record, but we do 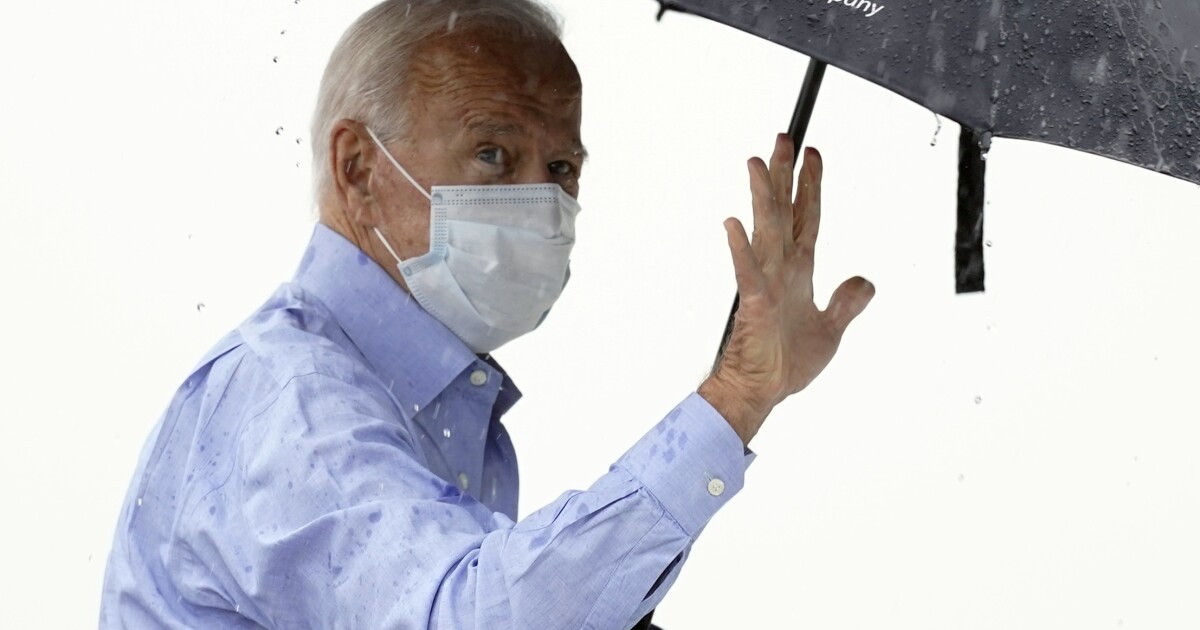 Joe Biden claims his polling on the economy is lousy because he’s “been out of office for four years.” Americans just don’t remember his record.

Wages not rising “by even a penny.” Unemployment falling “entirely because people stopped looking for work.” The number of women not working at record highs. Ninety-four percent of new Obama-Biden era jobs were part-time. Eight years of less than 1.5% GDP growth, making Obama and Biden the first administration in 86 years to not have at least one quarter over 3%. Billions going to cronies, bundlers, and family, while the middle class suffered. It was not the “hope and change” Democrats had promised.

In January 2009, President Barack Obama and Biden demanded the biggest stimulus package in history — or else they said unemployment would go above 8%. They got their plan, and unemployment not only rose above 8%, it stayed there — for 43 straight months. Biden personally promised that 600,000 jobs would be created in his “recovery summer.” Instead, hundreds of thousands of additional jobs were lost. Afterward, Biden was asked if Americans were “getting bang for their buck” from their $787 billion stimulus. “Absolutely,” Biden replied. “But I don’t think they realize it.”

What Democrats don’t realize is that people are a lot smarter than they think we are. Another decade later, Biden now says, “this time everyone will be cut in on the deal.” This time, we know better than to trust him.

Less than two years into office, Obama had “already begun thinking about what went wrong.” He confessed, “there’s no such thing as shovel-ready projects” — certainly not when you add 97,110 pages of regulation, an all-time record that cost the economy trillions. Biden excused the Democrats’ failure, as “it took us a long time to get into this, and it’s going to take us a while to get out.”

How long? Five years in the “percentage of people working or seeking work dropped to its lowest level in decades.” In April 2015, there were more steps back, with abysmal jobs numbers and revisions downward. By June 2016, the numbers of Americans giving up were “frightening.”

“The bottom line: a grim picture for the U.S. labor market,” CNBC reported. Obama and Biden talked a lot about what they inherited. This is what they left President Trump.

The forgotten man wasn’t some poll-tested slogan. It was real. After coming into office with a net negative number of missing workers – those unemployed who have given up looking for jobs and aren’t counted — Obama and Biden left office with 2.3 million of them.

“Building back better?” That’s what Trump did when he came to Washington. He quickly got to work correcting decades of big government, bad economic policies, and bad trade deals. He cut taxes, created opportunity zones, and threw out 22 regulations for every new one his administration created in its first year. He immediately began renegotiating NAFTA to deliver the USMCA, the biggest trade deal in American history. He achieved more deals with Korea, Japan, and the European Union, while slapping tariffs upon and taking a hard line against China.

The result was an economic boom. In January 2020, the number of Americans coming back into the workforce was at its highest levels ever. Three-quarters of the new jobs were going to Americans from outside the labor force — forgotten no more. Income gains in 2019 were the highest ever recorded, as median household incomes increase by $4,400, according to the Census Bureau. Over 2.2 million more Americans were working in 2019 than in 2018, and the poverty rate dropped to its lowest rate ever.

In the first six months of 2019 alone, wages increased by $150 billion more than the entirety of 2016. This was not a continuation of the Obama-Biden years — it was their complete reversal. Workers at the bottom half were getting twice as much of the gains in pay as those in the top half, and manufacturing production grew at an annual rate 11 times higher than the last three years of Obama-Biden.

The biggest winners of the Trump economy? Women and minorities. After declining during Obama and Biden’s second term, the number of women-owned businesses added per day doubled under Trump.

These fundamentals remained when the pandemic from communist China hit, and with 10.7 million net jobs created in just four months, a second great American comeback is here. Is there more work to do? Absolutely. But this super-V shows the fundamentals of the Trump economy are as strong, and Americans are as tough, as ever.

That all disappears with Biden, who offers the same empty promises, but even more disastrous results with a radical agenda to hike taxes by $4 trillion, an all-out war on oil and natural gas, and a Green New Deal regulatory regime that would make the Obama years look like child’s play.

Back in December 2011, Obama was asked if he had overpromised on the economy and underestimated “how difficult this was going to be.”

It turned out it only took one president. And with Trump, the best is yet to come.

Liz Harrington is national spokesperson for the Republican National Committee.