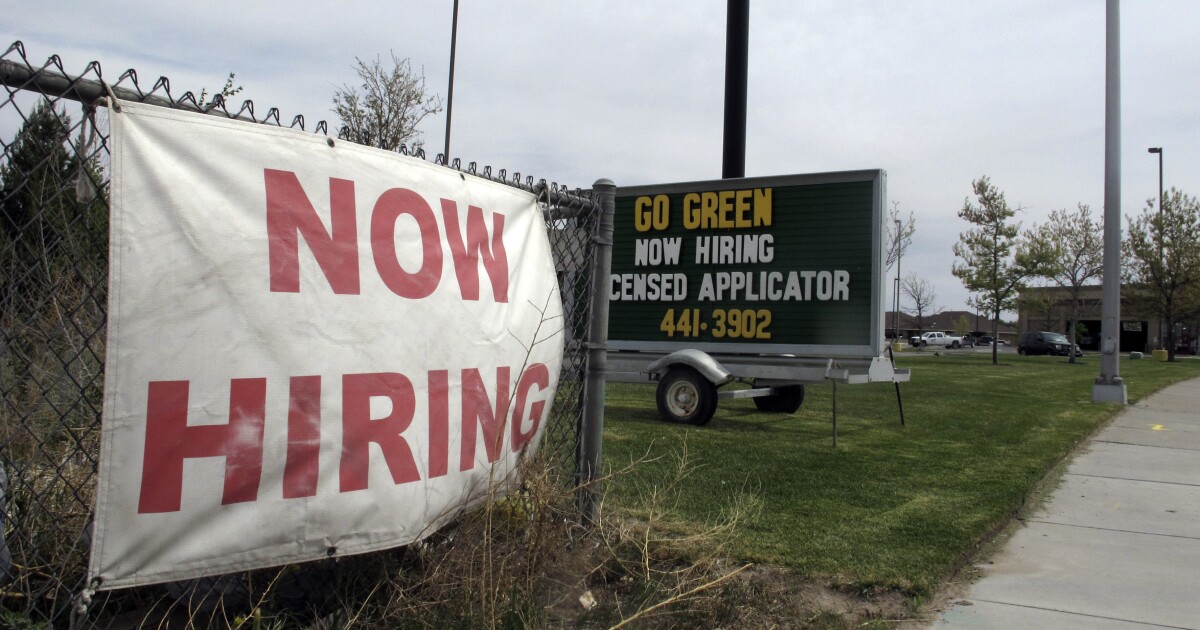 When Nancy Pelosi sneaked into a San Francisco salon maskless for an illegal coiffing, it turns out that her actions reflected those of her fellow citizens across the country.

We refer not to the illegality of her actions — most people feel bound by and obey local laws — but to the fact that members of the public, like the speaker, refused to submit to perpetual lockdown. Instead, regardless of how their state or local governments reacted to the second surge of coronavirus cases, people spent the month of August reopening and getting back to work. In the end, 1.4 million more people were back on the job last month than in July.

But even more impressive was the unexpected plunge in the unemployment rate back down to the single digits — just 8.4%, down sharply from April’s high of 14.7% — shows that nothing can keep this country’s spirit down. Workers are eager to get back on the job. Business owners are eager to reopen and let them. Parents are eager to get their children back into classrooms so that they, too, can go back to putting in full days of work.

The nation’s economic life must continue, with reasonable restrictions that keep the risk of infection at an acceptable level. Life cannot remain forever a prisoner of excessive bureaucratic caution.

One especially impressive fact about last month’s plunge in unemployment is that it was not caused by people leaving the labor force — the denominator in the rate.

It also came in spite of some large states’ keeping draconian restrictions throughout most or all of August. In hard-hit New York, for example, where coronavirus tests have now been below 1% positive for four weeks running, and the number of daily deaths is now in the single digits, restaurants still may not offer indoor dining. Gyms were allowed to reopen only last week. And for those Californians who are not above the law, salons in some towns still may not accommodate customers indoors.

This leaves room for still more jobs to return next month, assuming states and local governments follow the dictates of science rather than those of panic.

Finally, the job market improved as much as it did in spite of congressional Democrats’ continued failure to extend a new aid package or negotiate on the matter in good faith with the White House.

All around, this is a win for almost everyone. The rebuilding of the economy is occurring even now, from behind the mask. It is not a project to be undertaken next year. Joe Biden’s promise to “build back better” after the election could be obsolete by Election Day.

Meanwhile, the continued decline in coronavirus cases across the country, in addition to the promise of a vaccine, could point to a return to almost-normal by the end of the year. A whole weary world would welcome such relief.