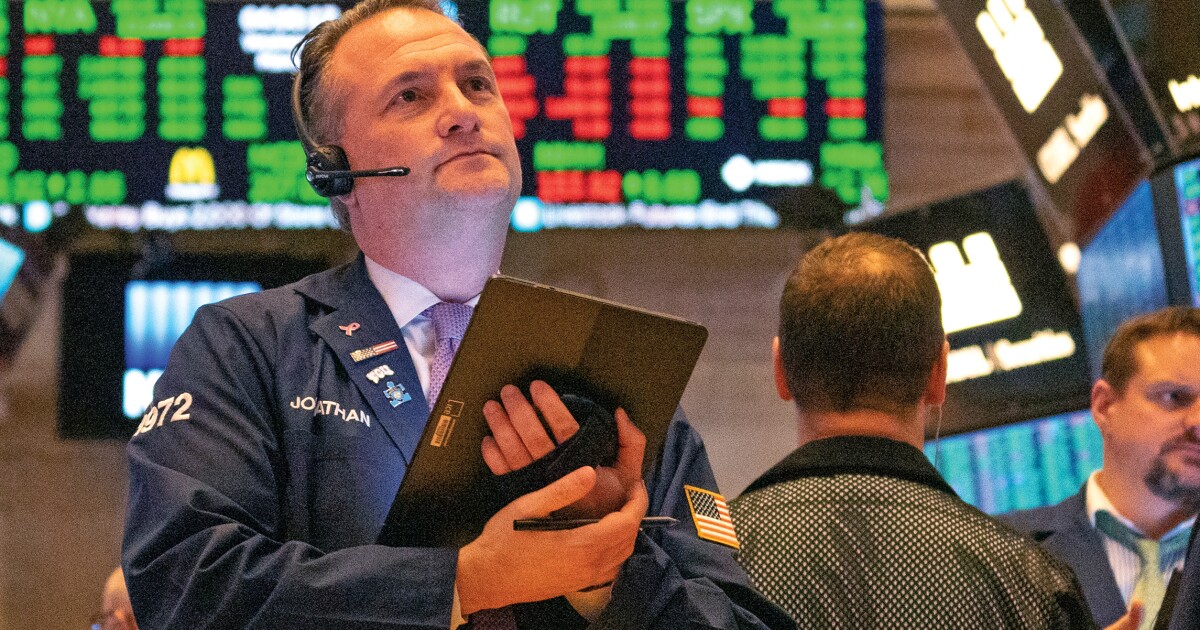 Joe Biden, whose lead is widening in the polls, is up on Wall Street, too. Many investment strategists suggest that his presidency could be a blessing for the economy and the stock market.

Investment strategists at Goldman Sachs, JPMorgan Chase, and Barclays all said this week that a strong victory by Biden would be good for markets because it would reduce uncertainty and ensure more coronavirus relief spending next year.

Wall Street, which has historically hated uncertainty, increasingly views a clear-cut Democratic presidential victory in November as much-needed stability amid a pandemic and a recession that has left tens of millions unemployed.

Biden holds a comfortable 9.7-point lead in the national polls, according to RealClearPolitics, although that margin is tighter at 4.6 points in key battleground states.

“This suggests that markets are assigning a bit more probability to his win and a bit less to a close and contested outcome,” Barclays bank strategists Ajay Rajadhyaksha and Shawn Golhar wrote in a report Sunday.

Nevertheless, there is big concern of a contested election, with the Trump campaign raising allegations of voting irregularities. A close election, if contested, could make a smooth transition of power unlikely and throw markets into chaos.

“We need to get through US elections event-risk first, but there could be a broadening in styles and in regional performances thereafter,” JPMorgan strategists led by Mislav Matejka wrote in a report on Monday. “A potential Biden victory should not be seen as a negative for markets.”

The JPMorgan report added that Biden winning would not necessarily lead to a significant spike in taxes, which has caused some concern in the business world.

“A potential Biden victory is unlikely to deliver significant tax increases, with these likely to be watered down, and additionally there could be a greater stimulus focus and consumer support,” the JPMorgan strategists said.

Biden in his campaign plans has proposed raising taxes on corporations by raising the corporate income tax rate and imposing a corporate minimum book tax.

Biden would also raise taxes on people with incomes above $400,000, including raising individual income, capital gains, and payroll taxes. The campaign has said the hikes would only affect the top 1% of earners, or those in the highest tax bracket.

Biden’s tax increases would raise a little over $3 trillion in revenue over the next decade from corporations, investments, and wealthy Americans, according to the Tax Foundation, a center-right think tank. These taxes will help pay for some of Biden’s ambitious spending programs related to infrastructure, healthcare, and climate change.

Some economists say that the economy would be best served if Biden wins the election and Democrats control the House and Senate in Congress as well.

“The economic outlook is strongest under the scenario in which Biden and the Democrats sweep Congress and fully adopt their economic agenda,” wrote Moody’s economists led by Mark Zandi in a recent report comparing the macroeconomic consequences of President Trump winning versus Biden. Zandi advised the late Sen. John McCain during the 2008 presidential race.

The Moody’s report predicts that if Democrats control the White House and Congress, the economy will create 18.6 million jobs during Biden’s first four years and the economy will returns to full employment, with unemployment of just over 4% by the second half of 2022.

Some economic forecasters said a big Democratic win in November would upgrade their expectations for market success thanks to Biden’s openness to providing more coronavirus relief. It has been reported that he is likely to kick off his presidency by pushing through a stimulus bill in January of 2021 that would pump at least $1 trillion into the economy to counter the pandemic.

“All else equal, such a blue wave would likely prompt us to upgrade our forecasts,” Goldman Sachs economist Jan Hatzius wrote to clients on Monday.

“The reason is that it would sharply raise the probability of a fiscal stimulus package of at least $2 trillion shortly after the presidential inauguration on January 20, followed by longer-term spending increases on infrastructure, climate, health care and education that would at least match the likely longer-term tax increases on corporations and upper-income earners,” Hatzius wrote.