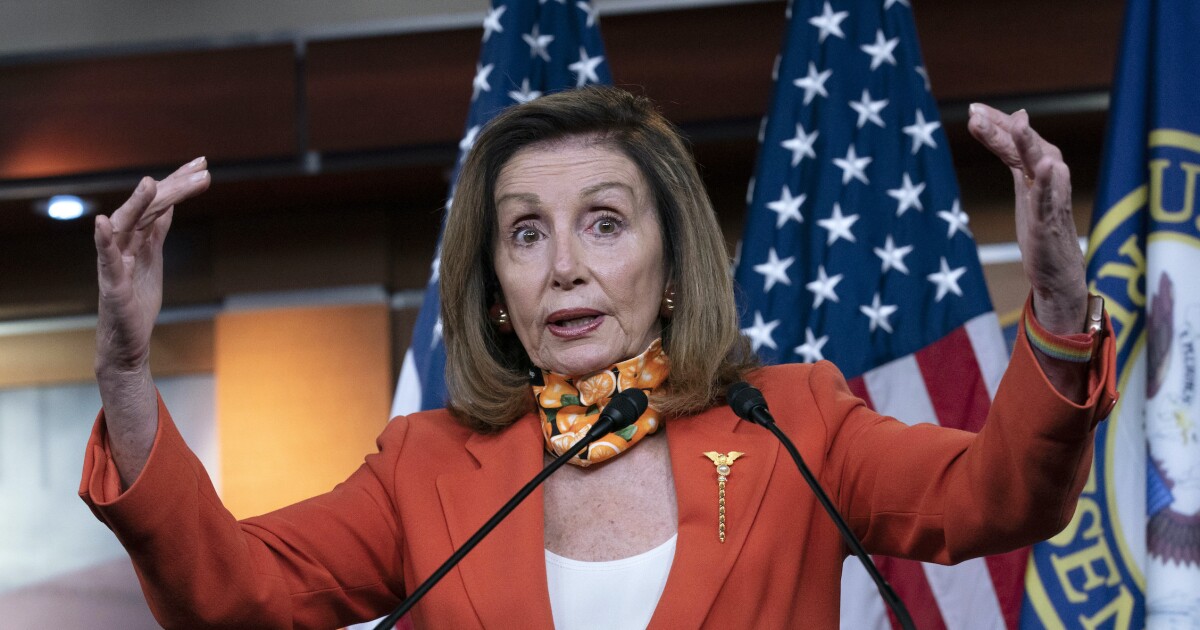 House Democrats could vote on a revised plan to provide new federal coronavirus aid, but it’s likely to go nowhere and would serve mostly as a preelection messaging bill.

Democrats have also scheduled a vote on a resolution affirming “the orderly and peaceful transition of power” and “that there should be no disruptions by the president or any person in power to overturn the will of the people of the United States.”

Democrats introduced the second measure after accusing President Trump of threatening to block the peaceful transfer of power in remarks to reporters last week. Trump was referring to mail-in ballot problems that could call the election results into question, but Democrats seized on the remarks as evidence that Trump is a threat to democracy.

Democrats are also eager to bolster how voters view their handling of the coronavirus relief package stalemate that stopped a much-needed, new round of federal aid.

Speaker Nancy Pelosi, a California Democrat and her party’s lead negotiator, has rejected any offer from the White House that is less than $2 trillion and is insisting on a measure that costs at least $2.2 trillion.

The measure Pelosi may bring to the floor next week would cost roughly $2.4 trillion, which is much lower than the $3.4 trillion to $3.7 trillion proposal Democrats have said is needed to respond to the health and economic needs created by the coronavirus.

It looks like a compromise, but the number is still far too high for the Republican Party, and Democrats made no attempt to talk to Republicans in crafting the new measure.

It’s not scheduled for a floor vote yet, but it could be one of the final votes before the members of the House leave town to campaign ahead of the Nov. 3 election. It would give vulnerable centrists who have been clamoring for a funding compromise an opportunity to show voters they are trying to compromise with the GOP on a deal, even though most Republicans realistically won’t endorse the plan.

Both parties agree federal funding should provide a new round of stimulus checks, money to help schools reopen, and funding for coronavirus testing, treatments, and vaccines.

It’s not clear whether a House vote on a new measure would prompt a more serious revival of talks between Pelosi and Treasury Secretary Steven Mnuchin, the lead negotiator on behalf of the White House.

Pelosi signaled to reporters last week that she would tell Mnuchin even more money is needed to deal with the impact of the coronavirus because needs have increased.

“We’ll be hopefully soon to the table with them, very soon, showing where our money would be spent,” Pelosi said.