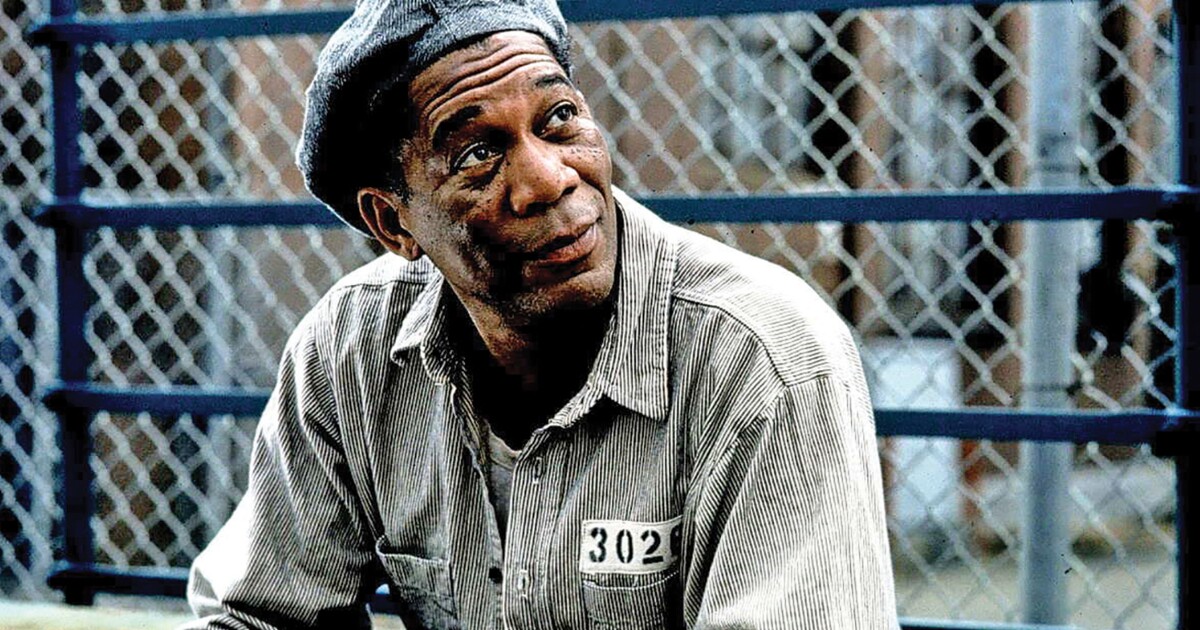 It’s a challenge to find someone who hasn’t watched the classic movie The Shawshank Redemption. It turns out there is a real-life “Red” Redding, the memorable prison inmate played by iconic actor Morgan Freeman.

Mitchell Rutledge is in prison in Alabama, and he’s been there for nearly 40 years. He was guilty of his crime, a murder he committed as a teenager. Many people who have interacted with Mitch during his four decades in prison see remarkable similarities in his character with “Red.”

He grew up in a broken home with a father he never knew. His mother was still a child herself, only 14 years old, and was hardly around to provide supervision. She died at the age of 16. Rutledge was unschooled and illiterate with an IQ of 84. As a teenager, he roamed the streets with drug dealers and prostitutes. He had no family, no religion, and didn’t receive love of any kind. It was the trapped and hopeless situation that makes one think, “There but for the grace of God go I.”

He admitted his heinous crime during a botched robbery of a drug courier. Rutledge was convicted and sentenced to death. His tragic story was widely publicized in 1983 by a Time magazine profile of individuals in prison on death row. It was not a sympathetic portrayal. The author ended her story by dismissing Mitch as evil and irredeemable. She recommended that “he sit and stew in his five feet by eight feet pen in Alabama” for the rest of his life. Her last sentence: We should all “forget about him.”

But his story drew the attention of my friend and fellow economist Burt Folsom, a bestselling free market author, and a few other kindhearted people who saw a chance of redemption. Burt and his wife Anta went to visit Mitch on many occasions.

They and others helped guide him to Christ, and his life turned around. Due to testimony from the Folsoms and others at a hearing, they successfully had the death sentence commuted to a sentence of life in prison. He has become in every way a model citizen in prison. He instructs young black men how to avoid the mistakes he made. What gave Mitch hope was his inner conviction that “maybe there was a purpose to my life. Maybe there were still things God wanted me for.” This epiphany is what has kept Mitch from the torture of total despair after 40 years behind bars in a gruesome maximum-security prison in Alabama.

Prison typically hardens men’s souls. Mitch has softened. As the Folsoms wrote in their biographical book Death on Hold, “There may be no inmate in the United States who is more rehabilitated than Mitchell Rutledge.” After 40 years behind bars, two-thirds of his life, with virtually no personal freedom and only knowledge of the outside world from a TV screen in prison, he has paid his debt to society by any rational measure.

Alabama Gov. Kay Ivey should commute Rutledge’s sentence, and President Trump should weigh in on his behalf. It would be an act of justice and mercy. It would be a victory for our penal system to show that a man can serve his time and get rehabilitated. Mitch puts it well: “The prison system does not rehabilitate inmates. The prisoners have to rehabilitate themselves.” Everyone, including the warden, has spoken up on his behalf.

The famous line from Tim Robbins in The Shawshank Redemption is, “I guess it comes down to a simple choice. Get busy living, or get busy dying.” Let Mitch get on living. Freeing a 60-year-old black man, who has reformed his life against all odds and poses no threat to the public, would be an appropriate and justified use of presidential influence by Trump, highlighting his righteous crusade for civil justice reform.

Redemption is a beautiful thing and would provide a terrific start to 2021.

For Bitcoin, transactions and trading are two sides of the same coin

Lori Lightfoot: 'I want to get our restaurants and bars reopened as quickly as possible'