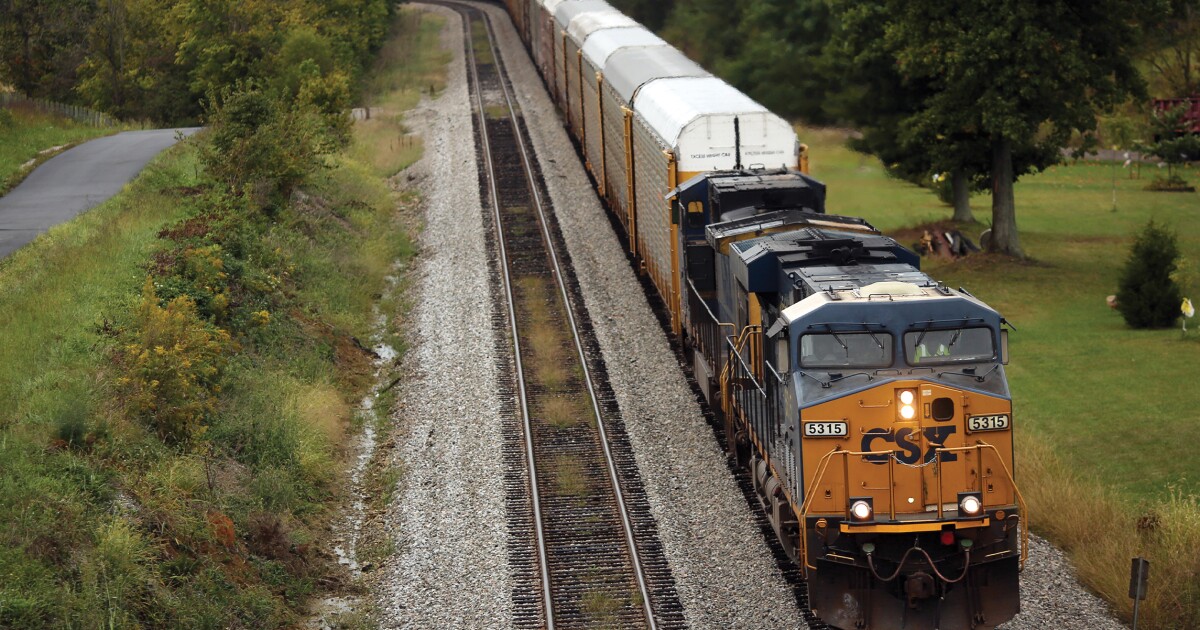 Forty years ago this October, Congress had a hard choice to make. Domestic freight rail was on the ropes.

Clifford Winston is an economist at the Brookings Institution. He suggested trying to think back in time and see the issue as senators and representatives must have when they considered what legislation to back.

“What does this industry have to look forward to in its future? Basically, it was nothing,” he told the Washington Examiner.

The same regulatory regime had been in place since the Interstate Commerce Act of 1887, which regulated railroads such as utilities with price controls and mandates. The largest railroad company, Penn Central, went under in 1970, often described as a “massive bankruptcy.”

Investment bank Goldman Sachs, which issued commercial paper for Penn Central, said that “potential losses” from this bankruptcy posed a threat to the bank’s “very existence.” Only “through a series of litigation and settlements” did Goldman Sachs finally pull through.

Because of the Penn Central-inspired run on commercial paper, many financial institutions didn’t want to touch railroad investments in the 1970s, making it that much harder for those rail firms still left standing to operate.

Over the next 10 years, Congress passed several bailouts and half-measures, including the Rail Passenger Service Act of 1970, the Regional Rail Reorganization Act of 1973, and the Railroad Revitalization and Regulatory Reform Act of 1976.

None of those actions turned the industry around. So, Congress took a very different approach. “What government finally realized is that markets exist to help government,” said Winston. It passed legislation to inject “competition, efficiency, and innovation” into the commercial rail freight industry.

The elected official who took the lead on changing things is the person for whom the Staggers Act is named, Democratic Rep. Harley Staggers of West Virginia, then the chairman of the House Interstate and Foreign Commerce Committee.

“The good thing about the Staggers Act is that it eliminated or greatly reduced federal regulation over most railroad operations that had been slowly killing the industry over decades. Freight railroads on life support were freed from rigid price controls and service mandates and quickly began to rebound, became profitable again, and U.S. freight railroads are once again the top-performing freight rail system in the world,” Marc Scribner, transportation policy analyst for the libertarian Reason Foundation, told the Washington Examiner.

The Association of American Railroads recently issued a press release crowing about the results of the Staggers Act.

“Over the past 40 years, rail traffic has doubled … rail rates are down more than 40% when adjusted for inflation … and recent years have been the safest on record,” the AAR said.

It added that “railroads have weathered the economic downturn associated with coronavirus on their own, shunning federal bailout money.”

Among policy scholars who study rail, the Staggers Act is broadly seen as a success. Winston said that it made a future for private freight rail possible. Scribner called it a success that should be extended further.

“This issue doesn’t really break down on the Left versus Right. It’d be hard to find anyone today not tied to shipper interests to say that Staggers was bad,” Scribner explained.

Paul Lewis is vice president of policy and finance at the Eno Center for Transportation, a think tank that has been skeptical of many transportation privatization proposals. He told the Washington Examiner that the legislation was “on the whole a huge success” that made possible a “robust and healthy freight rail network today.”

“There are few serious discussions about reregulating the freight rail industry,” Lewis said.

Looking forward to the industry’s future, Lewis said he does worry that “consolidation” has made it so that small shippers “don’t have as much bargaining power” as they used to.

Lewis also worries that automation in the railroads’ chief competition, commercial trucking, will prove a considerable challenge. If the railroads don’t prove up to it, a partial shift to trucks could increase congestion on the highways, he warned.

“Freight railroads operate in an intensely competitive market, and that reality is intensifying with the deployment of new technologies,” Greener said.

“Certainly, the industry possesses two competitive advantages — scale and distance of operations — but those are being challenged by trucking efforts to electrify and/or automate. Freight railroads are thus working diligently to incorporate their own efficiency-aiding technologies. They are also keenly focused on improved customer service and reliability, a must-have in a digital and e-commerce world where customers expect fast service,” he added.