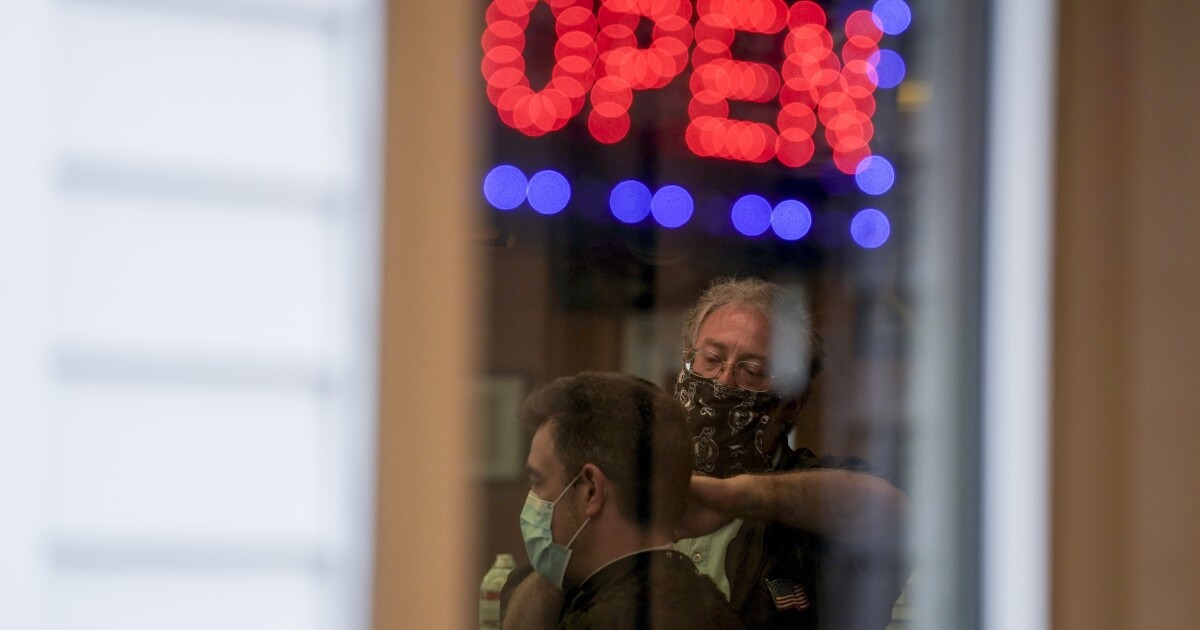 The jobs lost due to the coronavirus pandemic are expected to take longer to come back than economists initially expected, according to a survey released Thursday.

The rebound may take until the next presidential term, regardless of whether President Trump is reelected or Democratic challenger Joe Biden defeats him.

The slower labor market recovery is projected due to an expected resurgence of the virus in the coming months and a lack of relief aid from the federal government.

“More than half of business and academic economists polled this month said they didn’t expect the labor market to claw back until 2023 or later all the jobs lost as a result of coronavirus-related shutdowns,” according to a Wall Street Journal survey of economists.

This is a slower timeline than the same economists predicted six months ago. Economists surveyed by the Wall Street Journal in April said that, on average, payrolls would recover to February 2020 levels in two years, by the third quarter of 2022.

A large part of the shift in forecasts comes from the pandemic stretching on longer than initially expected.

“Many economists didn’t believe the lockdowns would exist in October,” said Brian Riedl, an economist with the Manhattan Institute, a conservative think tank.

He added that the longer the lockdowns have to continue, the more the economic struggles go from being cyclical to structural. A structural change in the economy is one that is permanent or long-lived, while a cyclical shift is one that lasts a shorter amount of time.

“Cyclical downturns become structural when businesses permanently shut, which is what’s happening now, and a lot of industries are hanging by a thread,” said Reidl.

The lack of another coronavirus package is also having an impact on job projections, Riedl said. He said that there was a short-term adjustment in economic forecasts because of a lack of further aid from Congress for struggling businesses and the unemployed. Negotiations between Democrats and Republicans have been going on for almost four months. The two parties hope to come to an agreement before the presidential election in November.

Some economists say the coronavirus itself has posed a greater challenge than initially expected from a public health and economic perspective.

“You can’t solve the problem of the economy and jobs until you solve the pandemic, and it’s obviously taking longer to do that,” said Andrew Stettner, an economist focused on unemployment at The Century Foundation, a liberal think tank.

“It could be a lot worse, but we are facing a longer period of slow growth and unemployment because of a double dip in the virus, and so, the tail end of the recovery is slower than expected,” Stettner said.