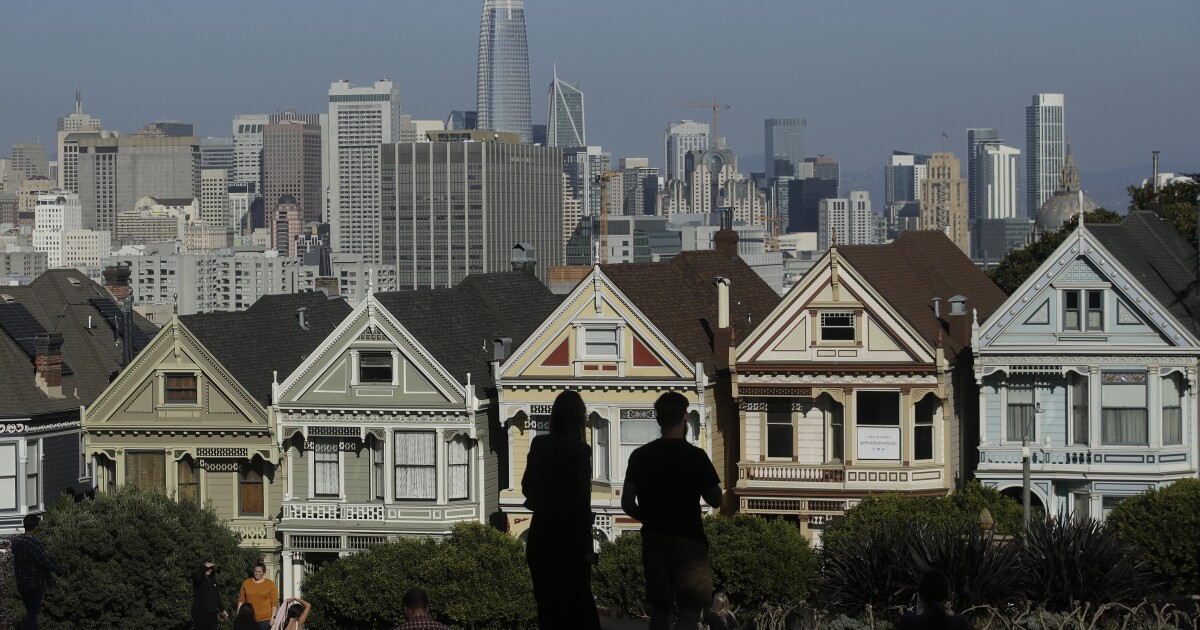 Sales tax revenue and other economic indicators suggest residents are fleeing San Francisco over the past six months largely due to the negative effects of coronavirus restrictions.

The California city has experienced a drop in public transportation ridership, weak online sales tax collection, a 20% drop in rent pricing, and an office vacancy spike over the past six months, which suggests a significant drop in population, according to the San Francisco Chronicle.

“San Francisco’s bleak economic vital signs over the past six months strongly suggest residents are leaving amid record job losses, the entrenchment of remote work, and a coronavirus pandemic that shows no signs of ending,” the paper reports.

Nine Bay Area counties saw large drops in brick-and-mortar sales taxes as stay-at-home orders took effect, including a 53% drop in San Francisco. Most Bay Area counties saw a large increase in online sales tax revenue during that same time period, except for San Francisco, which only saw a 1% increase compared to jumps as high as 36% in other areas.

That 1% increase was the worst mark among all of California’s 20 largest counties.

Zumper, a real estate data firm, has reported a 20% decline in median one-bedroom rent this month in San Francisco, which is the largest drop among all major cities.

“There is a decline in occupancy,” said Noni Richen, the president of the Small Property Owners of San Francisco. “They’re moving home to mom and dad or somewhere cheaper.”

Chris Thornberg, a founding partner of research firm Beacon Economics, says he believes the coronavirus lockdown measures are the driver of the economic declines.

“As soon as the virus is under control, the economy is going to bounce back like nobody’s business,” Thornberg said, adding that he believes excessive restrictions on reopening businesses were unnecessary. “I don’t think there’s any way to stamp this disease out by shutting down the economy.”

The city is also experiencing a significant spike in drug overdoses, which has been a trend nationwide over the past several months due in part to despair in response to coronavirus lockdown measures.

ABOUT US
Contact us: [email protected]entslab.com
© © 2020 - Investments Lab - All Rights Reserved.
MORE STORIES