Home Business Despite lack of experience, Buttigieg gets nominated for secretary of transportation 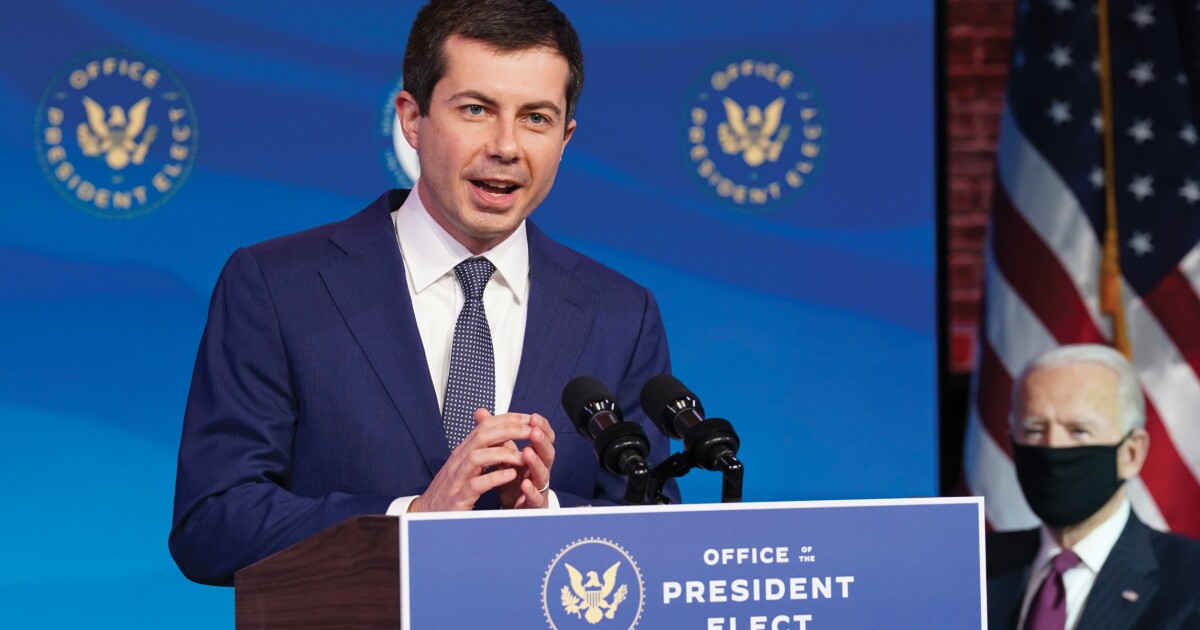 On Dec. 16, President-Elect Joe Biden announced that he would nominate Pete Buttigieg to head the Department of Transportation. Biden called Buttigieg “a new voice with new ideas determined to move past old politics.”

The experience gap between “Mayor Pete” and the people he beat out led to some mockery.

One difference between Buttigieg and the other candidates is that they didn’t run for president, drop out, and endorse Biden at a fortuitous time.

He was then part of a small wave of Democratic candidates who dropped out at roughly the same time and endorsed Biden just before Super Tuesday, which turned out to be Bernie Sanders’s electoral Waterloo.

Joshua Claybourn is an attorney and close observer of local politics from Indiana. He believes both that Buttigieg has some traits to make him a good DOT secretary and that the post will be something of a setback for the political ambitions of this “fast-rising star.”

“From a political standpoint, Kamala Harris must surely be pleased with Buttigieg’s appointment since it largely neuters his ability to gain much-needed foreign policy credentials,” he added.

In addition to his time as mayor, Buttigieg is a former McKinsey consultant and a former Navy Reserve officer who served in an intelligence role during the Afghanistan War. He might have preferred to be secretary of the departments of State or Defense, giving him a sturdier springboard to higher office. For example, Hillary Clinton, in addition to her Senate tenure, served as secretary of state before capturing her party’s nomination.

If the Senate approves him, Buttigieg will enter an agency that had perhaps the most thorough restructuring during the Trump administration.

Departing Transportation Secretary Elaine Chao is the former secretary of the Labor Department and the wife of Senate Majority Leader Mitch McConnell.

“She oversaw the most expansive federal transportation regulatory modernization effort in decades despite Congress’s general inattention to these matters during her tenure,” Marc Scribner, a transportation policy analyst for the Reason Foundation, told the Washington Examiner.

Adie Tomer, a fellow for the Brookings Institution’s Metro Policy Program, said he believes a Biden administration will have very different ambitions for the Department of Transportation.

“The Biden administration will make climate resiliency and social equity priorities, but those are not traditional focus areas for USDOT. The next Secretary will have the opportunity to realign USDOT toward those higher-order goals, whether it’s through coordinating policy with [the Department of Housing and Urban Development] and EPA, proposing new rules, or adjusting the competitive grant process,” Tomer told the Washington Examiner.

“Climate insecurity and environmental justice issues won’t be solved in four or eight years, though, so the approach adopted by this USDOT Secretary could genuinely transform the agency for a generation,” he added.

For Bitcoin, transactions and trading are two sides of the same coin

Lori Lightfoot: 'I want to get our restaurants and bars reopened as quickly as possible'

Will Biden’s worker-centered trade policy help most workers or a select few?