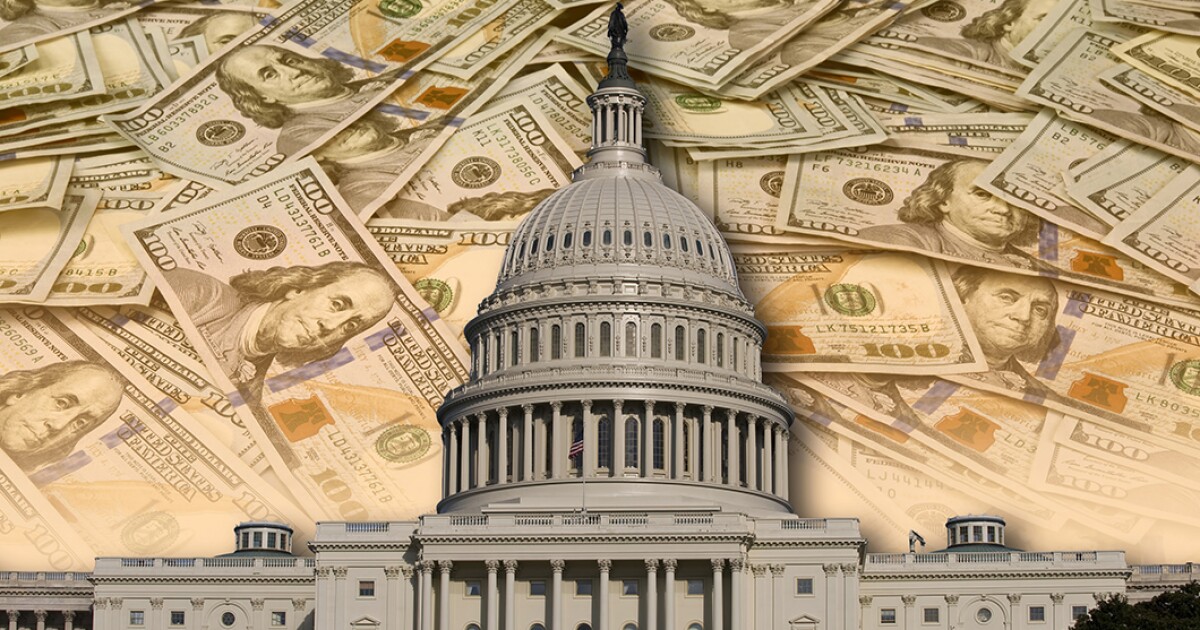 A common charge leveled against libertarians is that we are utopians whose ideas may seem good in theory but don’t work in the real world. But this is precisely backward. The true wild-eyed utopians of American politics are the Republicans and Democrats, who think they can just keep on running up spending and debt without endangering the economy.

According to the nonpartisan Congressional Budget Office, the federal debt will reach 104% of gross domestic product next year and, absent serious reductions in federal spending, reach an astounding 195% of GDP by 2050.

Spending and debt have exploded this year because Democrats and Republicans passed coronavirus relief bills. This is an example of the government breaking your legs, then handing you a crutch and saying, “See, I saved you.” The government broke our legs when it neglected to lift the onerous regulations imposed by the Centers for Disease Control and Prevention and the Food and Drug Administration that severely delayed the availability of COVID-19 testing, followed by mandatory government shutdowns that threw millions of people out of work.

The federal government was on a path to a fiscal meltdown well before this year’s eye-popping spending bills. President Trump campaigned on a pledge to eliminate the deficit. Yet, annual federal spending increased by $937 billion. Most of that time, he was working with a House and Senate controlled by Republicans.

Most of the Republicans who supported the spending increases under Trump voted against President Barack Obama’s spending proposals. This repeats a pattern in which Republicans talk and even vote like former Rep. Ron Paul when Democrats hold the White House; when a Republican sits in the Oval Office, they remember the words of Dick Cheney, who said that “Reagan taught us that deficits don’t matter.”

Democrats are even more fiscally reckless. According to the Committee for a Responsible Federal Budget, former Vice President Joe Biden’s spending plans would increase the federal debt by $5.6 trillion. In contrast, Trump’s second-term agenda would “only” add $4 trillion to the national debt.

Fortunately, people who are concerned about our escalating federal debt have an alternative to Trump and Biden. I am the Libertarian candidate for president, and I am on the ballot in all 50 states.

If elected, I will make reducing government spending and debt a top priority.

My first step toward balancing the budget is to bring the troops home. The United States is meant to be a limited republic, not a crusading empire that, in the words of John Quincy Adams, “goes abroad in search of monsters to destroy.” Our interventionist foreign policy wastes trillions every year in a futile effort to play the world’s policemen while spreading democracy via guns and bombs.

A number of unneeded and unconstitutional Cabinet departments and agencies will be on the chopping block, starting with the Department of Education. This will begin the process of returning control of schools to where it belongs: with parents, teachers, and students.

My balanced and downsized budget plan would save our economy from a fiscal crisis, and it would put power back in the hands of individuals and families to run their own lives. The result would be an economic boom that puts Trump’s pre-COVID economy to shame.

The Libertarian Party rejects the fantasies of peace and prosperity via an ever-expanding government. Instead, we offer a return to the realism of the framers of the Constitution, who recognized that our economy functions best when people and businesses can operate freely with minimal government.