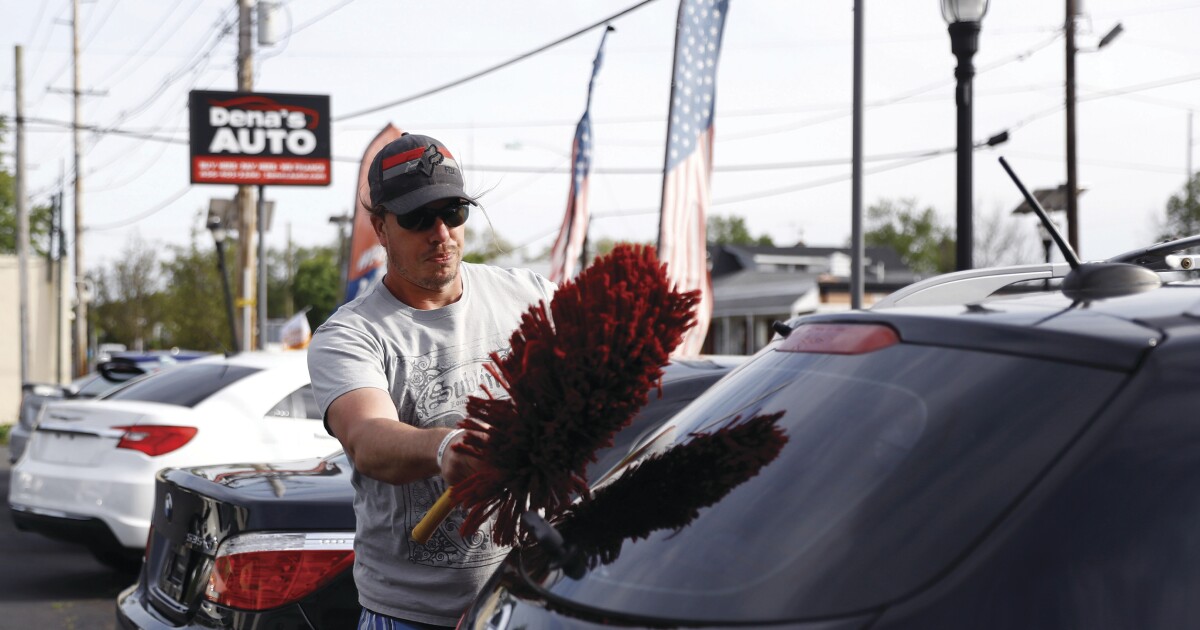 COVID-19 has reduced driving in the United States, as people have been ordered and lobbied by governments to stay close to home. For couples with more than one vehicle, this commute constriction has reduced the use of second cars. Will this great parking job lead to large-scale vehicular downsizing?

Suppliers, experts, and parents admitted to the Washington Examiner that this is a tricky question that will take some time to sort.

Rich Hartman owns automotive dealerships in Washington state. He told the Washington Examiner, “In a big city, there’s absolutely, positively a one-car family,” but observers won’t “see that out in the country at all.” He also doesn’t expect that city-country dynamic to budge much.

The Evergreen State car dealer said that if people sell their second cars, “it’s being eaten up really quick” because the supply of cars, trucks, and SUVs has been “inhibited” by the coronavirus-related manufacturing slowdown of automobiles.

Hartman estimated that many effects of COVID-19 reshuffling will be short-lived. Even if a significant percentage of the workforce continues to work remotely and some people sell their surplus vehicles, they are likely to be “offset by people who don’t want to be on mass transit” and will have to use vehicles to get around, he argued.

Location will continue to play a significant role in people’s automotive choices, Hartman said. In large cities, families can sometimes get by without multiple cars because of walkability, public transit, hourly rental services such as Zipcar, and car-sharing services, including Uber and Lyft. In more rural settings, that won’t work.

Moreover, one of the biggest trends in real estate, fueled by COVID-19 and last summer’s riots, is a movement of people away from densely populated cities and into smaller cities, towns, and other sparsely populated areas, where cars are more vital.

Alan Pisarski is a national transportation policy and investment consultant and the author of the influential Commuting in America series of reports. He gave some numbers to show why a lot of the nation’s second cars are currently parked.

“When working at home modifies the commuting realm big, as it has, it can mean that one car is used less or not at all. About two-thirds of all workers live in a household with at least one other worker. Plus, most households have some cars equal to or greater than the number of household workers. The vehicle fleet is old, on average over 10 years. So the more safe, more current vehicle probably gets used, especially when there are kids involved,” Pisarski told the Washington Examiner.

Steven Polzin is a consultant who recently worked in the Department of Transportation. He points out that car sales are holding up reasonably well in these uncertain economic times despite some setbacks.

“Early in the COVID era, new and used car sales were severely impacted. But they have recovered, with strong used car sales and recovering new car sales. The rental car industry that buys 11% of new cars has cut way back,” Polzin told the Washington Examiner.

Analysts also worry about a significant spike in vehicle repossessions with the high number of unemployed service workers.

In another scenario, households may buy more vehicles to avoid public transit and flying. This scenario is in line with U.S. vehicle ownership trends before COVID-19 hit.

“Over the past few years, there has been an increase in the share and number of households with vehicles and growth in the households with three or more vehicles,” Polzin said.

Martin Dekom and his wife are New York transplants raising a young family in the Florida Panhandle. They have two vehicles, a Dodge Durango SUV “for comfort and packing up the family of five for outings” and a Ram pickup truck “used only locally, as we get ‘farm vehicle’ rate if we keep the mileage low,” Dekom told the Washington Examiner.

He doesn’t see them downsizing, in part because Florida’s response to COVID-19 has been more lenient.

“We drove less at first,” with “no church, no kids activities at school, no movies,” he said. “We now drive about as much as we used to, as there is little lockdown here.”

Joe Hadfield is an IT professional in Utah. He said his wife needs “one car exclusively for work.” They will not be selling the second car, but even with teenagers, the Hadfield family will not be adding a vehicle either.

“Our son turned 16 in January and got his license,” Hadfield explained. Before COVID-19, they would try to make that second car-sharing scenario work out but didn’t know if they could manage. Now, with Hadfield driving less, there is “never a situation where two cars doesn’t cover the three of us.”

Newsom pushes Californians to the brink