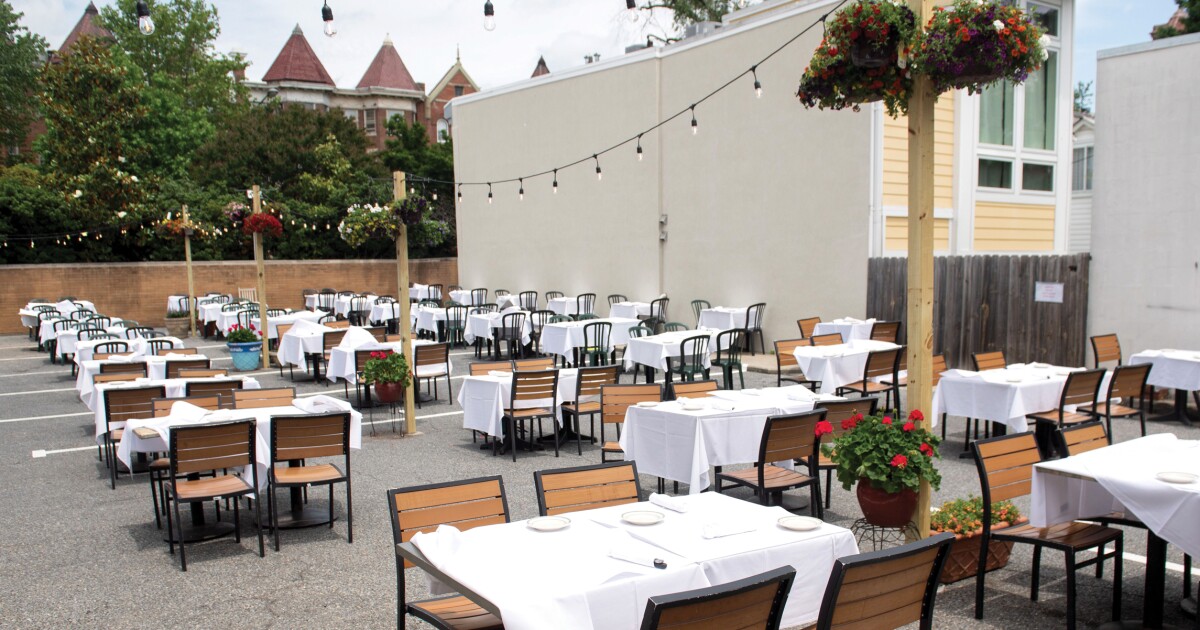 Business owners are worried that recent spikes in coronavirus infections across much of the country could prompt another economic shutdown, and without additional aid from the federal government, many establishments might not survive it.

“It’s the single biggest concern for them,” said Justin Adler, co-founder and COO of NorthOne, an online bank serving small businesses and freelancers.

Proprietors in sectors such as hospitality, which includes bars and restaurants, or retail, all of which were hit hard during the first shutdown, are especially worried about surviving another lockdown, according to Adler.

“We’ve seen the majority of businesses in the most impacted industries predicting that it will be difficult for them to stay open through the winter without government aid,” he said.

Vanessa Gordon, publisher of East End Taste magazine, which covers food trends and events on the east end of Long Island, said she is still recovering from the first shutdown and that another one would be detrimental to her business.

“We are just starting to bring back momentum, and now would be the worst time to shut down. All that we have worked for would be gone. There is not much left to hold onto as our resources are running thin,” she said.

“The winter season will prove challenging for many businesses if coronavirus infections continue to surge,” she told the Washington Examiner via email.

By Adler’s calculation, at least 70% of small- and mid-sized businesses will need relief if a second shutdown is mandated, and they will likely need aid if the economy experiences prolonged closures.

The National Federation of Independent Business, a small-business advocate, found that 75% of small-business owners would seek more aid if it were available irrespective of another shutdown, according to polling conducted between Oct. 23 and 26.

“This has been a difficult year for small businesses, and many of them are still struggling to survive,” said Holly Wade, executive director of NFIB’s Research Center. “It’s clear that the small-business community, nearly half of the GDP, need additional financial assistance to keep their doors open.”

Without additional aid, 19% of business owners anticipate having to lay off employees in the next six months, the poll found.

Even more distressing, 1 in 5 business owners would be forced to close permanently if additional aid is not provided and the economy does not improve over the next six months, the NFIB found.

The CARES Act enacted in March provided loans (some forgivable) to business owners to help them cover payroll and other expenses. Those programs have either expired or the loans have stopped being processed because all the funds have been allocated, according to the Small Business Administration.

The Federal Reserve has also provided loans to businesses through its Main Street Lending Program. But it has been plagued with administrative headaches, and few businesses have applied for relief from it.

Meanwhile, additional relief to businesses is a work in progress.

Talks between House Speaker Nancy Pelosi, a Democrat from California, and Treasury Secretary Steven Mnuchin have failed to produce a deal on a plan costing roughly $2 trillion that would help companies and individuals.

The two sides are far apart on providing COVID-19 liability protections for businesses, which Republicans support, and delivering additional aid to state and local governments, which Democrats want.

Pelosi and Mnuchin support providing more aid to businesses, either through additional funding or reallocating what has already been appropriated.

With additional relief in limbo, states face an onslaught of infections that could prompt another round of shutdowns.

Ohio is one of the states that have experienced recent spikes in cases that dwarf what it endured earlier this year.

“We’re seeing in Ohio a huge increase in cases — much more than we saw in the spring and summer,” Gov. Mike DeWine tweeted on Oct. 26.

During a recent briefing, DeWine said that the spike in cases means he cannot rule out another economic shutdown, like the one in March, to slow the spread of the virus.

Business owners in Iowa are bracing for a shutdown as basically every county has at least 1,000 confirmed COVID-19 cases as of Oct. 28.

Daniel McCraine, a small-business strategist and consultant in central Iowa, told the Washington Examiner that, much like the rest of the country, the state’s restaurants, spas, and salons would feel the brunt of a shutdown order.

“Another complete shutdown of their industry would be devastating,” he said.

The odds that more states could follow Illinois’s lead are worrisome.

Scott Gottlieb, a former U.S. Food and Drug Administration commissioner, said on Oct. 28 that virus surges in the United States are following what occurred in Europe, where infection spikes are widespread.

Countries such as Italy, Greece, Bulgaria, and Switzerland have either imposed curfews, mandated mask-wearing, or temporarily closed night hot spots. Madrid and some areas in Spain have ruled out nonessential travel.

“We’re about maybe three weeks behind Europe, maybe a month at the most, so we’re on a trajectory to look a lot like Europe as we enter the month of November, so I think things are going to get worse,” he told CNBC.