Home Business Bipartisan duo of senators team up to get plastics out of the... 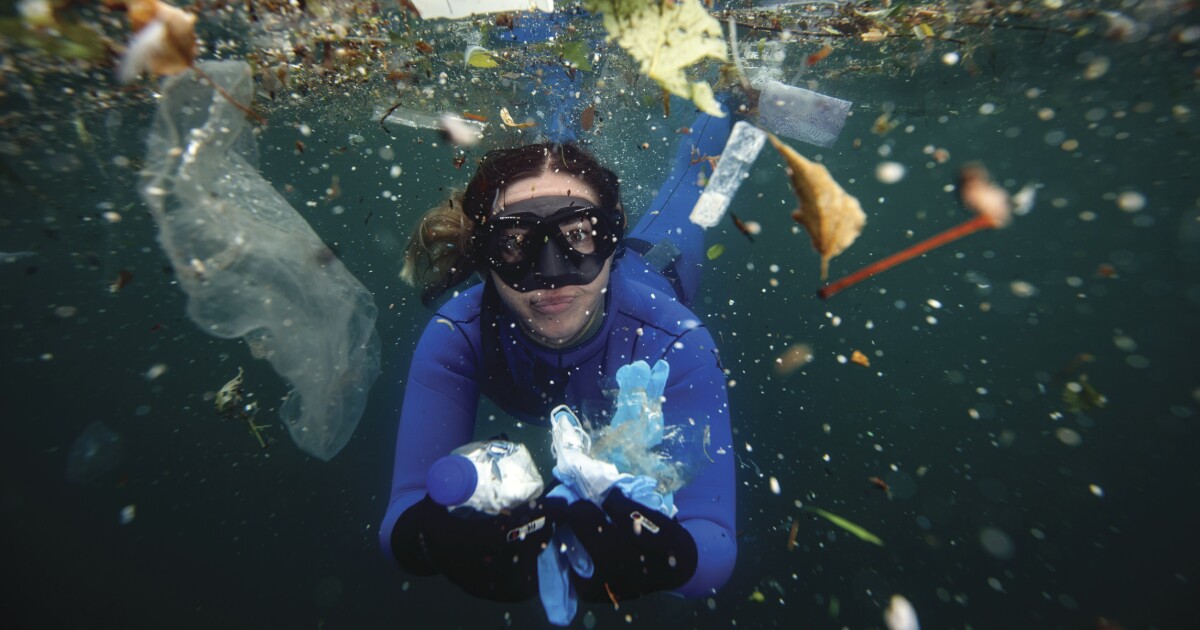 Sens. Dan Sullivan and Sheldon Whitehouse have forged a partnership that has led to Congress unanimously passing two measures to clean up plastics in the ocean, and their work isn’t complete.

The Alaska Republican and Rhode Island Democrat told the Washington Examiner during a joint interview that they’re already working on the Save Our Seas Act’s third iteration. The Congressional Research Service called the second Save Our Seas package, which President Trump just signed into law in December, the most comprehensive ocean cleanup bill that Congress has ever passed, Sullivan said.

Cleaning up plastics in the ocean is personal to Sullivan and Whitehouse, as both represent coastal states that see firsthand the waste that washes up on their shores.

Overall, roughly 11 million tons of plastic waste are dumped into the world’s oceans each year, according to a 2020 study from the Pew Charitable Trusts and SystemIQ. A World Economic Forum report in 2016 estimated that, without changes, by 2050, more plastic would be floating in the oceans by weight than fish swimming in them.

“That’s a pretty harsh metric to have to meet, and it’s not enough to take a victory lap that you passed a bipartisan bill,” Whitehouse said.

The senators will be pressing the incoming Biden administration to follow through on implementing their latest bill, and their offices are already exploring options for Save Our Seas 3.0. So far, they said they’d found broad interest in their efforts from other lawmakers, environmental groups, and companies that make and use plastics.

The Save Our Seas 2.0 bill had co-sponsors made up of “some of the most liberal Democrats and some of the most conservative Republicans,” Sullivan said. “It’s not just coastal senators like us, but you have serious ‘square-state’ senators with no ocean within 1,000 miles of their state who are co-sponsors.”

Their legislative effort has even gained support from Trump. Both senators were at the White House when Trump signed the first version of the Save Our Seas Act in 2018, Whitehouse’s first time meeting Trump in person.

In an on-the-spot decision, Trump made the closed signing open to the White House press corps, and “he started riffing on ocean plastics,” Whitehouse said. Trump administration officials then helped Sullivan and Whitehouse write portions of the Save Our Seas Act 2.0, the more significant of the two measures, according to Sullivan.

The two senators are hoping they can have the same success with the incoming Biden team.

Whitehouse said he has already pressed Antony Blinken, President-elect Joe Biden’s nominee to be secretary of state, on the issue. He plans to keep the pressure on the Biden team in a similar way Sullivan did on the Trump administration.

“He understood the dimensions of it, that there are environmental dimensions, economic dimensions, trade dimensions, and support” for emerging economies such as Vietnam that have plastic waste issues, Whitehouse said of his Dec. 21 conversation with Blinken.

Whitehouse added that he is hoping former Secretary of State John Kerry, Biden’s choice for special climate envoy, can be a “secret weapon” on ocean plastics. During his tenure at the State Department, Whitehouse noted that Kerry hosted the first global oceans conference.

“So, while he’s busy working on climate stuff, I’m hoping that he’ll also be a strong ally on fixing the ocean plastic mess, as well,” Whitehouse said of Kerry. “He’s got about as strong a sensibility for oceans as anybody.”

The senators are also keeping the pressure on their colleagues to make sure enough money is appropriated to implement the Save Our Seas Act 2.0, which focuses on building out domestic capacity to address ocean cleanups, boosting research of recycling and waste disposal, and working with other countries to strike an agreement on marine debris.

The latter could help the U.S. keep other countries accountable, especially developing Asian nations such as China that are the biggest offenders dumping plastics into the oceans.

They’ve already made progress in securing investment: Sullivan and Whitehouse persuaded Senate Appropriations leaders to include $75 million in funding for ocean plastic cleanup in the year-end spending package.

“We both saw the original [Save Our Seas] bill as a beachhead to prove the proposition that Congress could legislate in a bipartisan, unanimous fashion in a new area of ocean plastic. And then, 2.0 brought that with much more strength,” Whitehouse said.

“3.0 gives us a chance to expand further as we get more feedback from the Biden administration about what they think they need and as we explore questions like … what’s going on with recycling, really,” Whitehouse added.

Whitehouse and Sullivan said they’re hoping to create strong enough economic incentives to encourage the private sector to craft new ways to recycle and dispose of plastic waste, as well as invent plastic materials that can fully biodegrade.

“I’m still of the mind that that’s ultimately one of the most powerful forces to get the oceans cleaned up,” Sullivan said.

However, that approach has drawn criticism from some environmental groups, which argue the senators’ legislation is too soft on the plastics industry and doesn’t take any steps to curb plastics production. Dozens of activists and environmental groups, including the Center for Biological Diversity and Greenpeace, urged senators in a letter last year to oppose the bill.

“The chemical industry strongly supports the Save our Seas 2.0 legislation because it does virtually nothing to reduce single-use plastic production, even with the massive increase in greenhouse gases that accompany plastic production,” the environmental groups wrote.

“We have been told to settle for this bill because the political climate in Washington does not allow for anything better,” they added. “We disagree.”

Whitehouse said he understands the frustration of those environmental groups. He shared their skepticism about the industry but suggested the plastics industry has a “significant immediate public relations problem” that pushes it to want to reduce plastic waste.

He and Sullivan also noted they’re trying to build a consensus around legislating on ocean cleanup, meaning they have to temper their expectations based on what they can get accomplished with unanimous support and gradually build toward more aggressive action.

“Their fury is justified, and ‘keep yelling’ would be my advice to them,” Whitehouse said of environmental critics.

Biden's proposal to raise minimum wage to $15 could could kill up to 3.7M jobs, CBO estimates