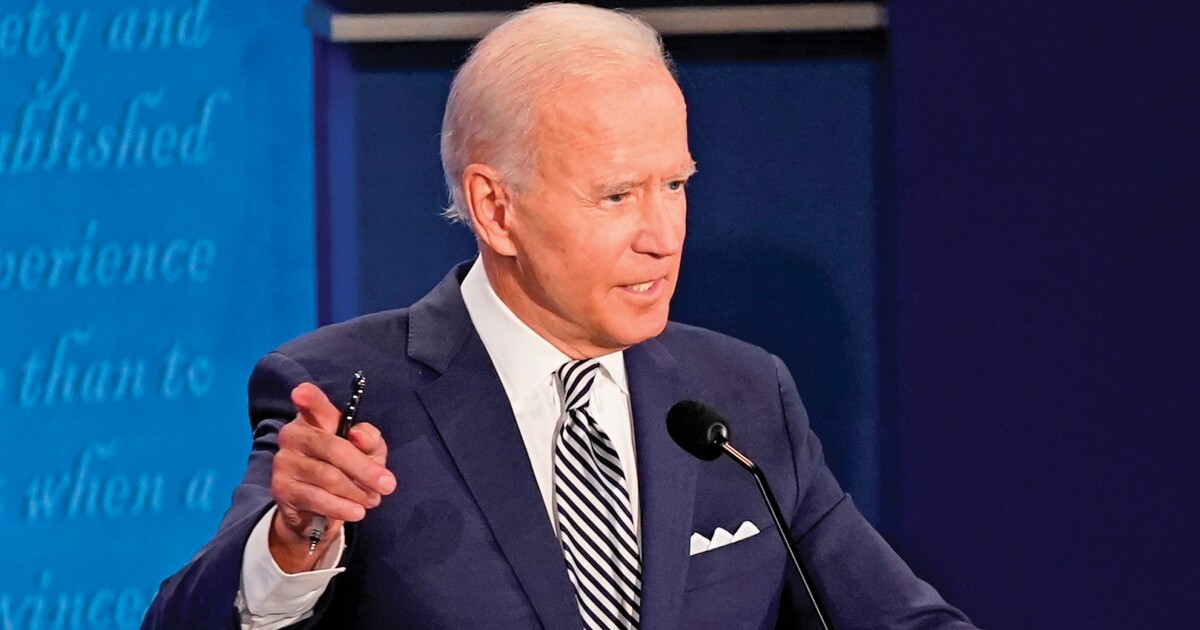 Joe Biden keeps claiming to be a centrist Democrat.

Polls show that while most realize that President Trump would be better for our economy than Biden, they also think that old Uncle Joe’s economic plan is relatively harmless and won’t endanger jobs, paychecks, or their retirement savings.

Think again. Let’s look at what’s actually in Biden’s economic plan, so everyone has their eyes wide open when they vote.

I’ve read the whole thing. There is nothing centrist in this economic scheme. In many ways, it is the most radical plan proposed by a major presidential nominee of either party in any of our lifetimes. Biden’s plan is further to the socialist left than anything such liberal nominees of yesteryear, including Jimmy Carter, George McGovern, Barack Obama, or even Hillary Clinton, ever dreamed.

Here are the most dangerous ideas in the Biden plan, or what I call Biden’s seven economic deadly sins:

1. The most significant tax increase in the history of America.

Biden would raise taxes by some $4 trillion, an average rise in taxes over the next decade of some $35,000 per household.

The plan clobbers small businesses with income tax soaring from 30% now to 51%. The capital gains tax would skyrocket from 24% to 40%, thus threatening to tank the stock market and reduce every family’s retirement savings in America.

2. The end of right-to-work laws in America.

Biden’s plan forces millions of workers to join a union and pay union dues whether they want to or not. Today, 26 states, including Arizona, Georgia, Michigan, and Texas, have right-to-work laws that give workers the right to choose to join the union. The National Right to Work Association warns these state laws are effectively repealed under the Biden plan. Big Labor bosses could snatch away thousands of dollars right out of workers’ paychecks without their consent.

Under Trump, America has become energy independent for the first time in at least 50 years. Biden insists he won’t ban fracking, but his radical energy agenda requires zero fossil fuels by 2035, which means hundreds of high-paying jobs lost in states such as Pennsylvania, Ohio, and Texas. Saudi oil sheikhs and Russia will love that plan, but it sure isn’t good for America.

The death tax is one of the most unfair taxes because the public already pays a lifetime of income taxes, payroll taxes, sales taxes, gas taxes, and property taxes. The Biden tax scheme of taxing 40% of a family farm, a ranch, or a family-owned business could require these legacy businesses to break up to pay the taxes. That’s un-American.

Trump wisely pulled the United States out because almost none of the countries have come close to meeting their pollution targets. They want America to pay all the bills, which Biden seems willing to do. We are already reducing carbon emissions more than virtually any other nation. China and India are adding multiple times as much pollution into the atmosphere as America is.

Biden wants states that have already balanced their budgets, like Arizona, Tennessee, and Florida, to bail out bankrupt blue states such as California, Illinois, New Jersey, and New York. That isn’t fair. This only rewards bad behavior and government lockdowns imposed by incompetent Democratic mayors and governors.

This will destroy millions of jobs for young people and low-skilled workers. It will severely damage poorer states with lower costs of living, such as Mississippi, Arkansas, and South Carolina. Can you think of a worse time to saddle small businesses and restaurants with higher costs when so many firms are already facing bankruptcy due to the virus?

Is it any wonder that socialist Bernie Sanders and radical leftist Alexandria Ocasio-Cortez have enthusiastically embraced the Biden plan? Some economists, myself included, worry that we could be looking at a second Great Depression with the Biden policies. Something to think about over the next two weeks.