Home Business Biden's plan for infrastructure and everything else 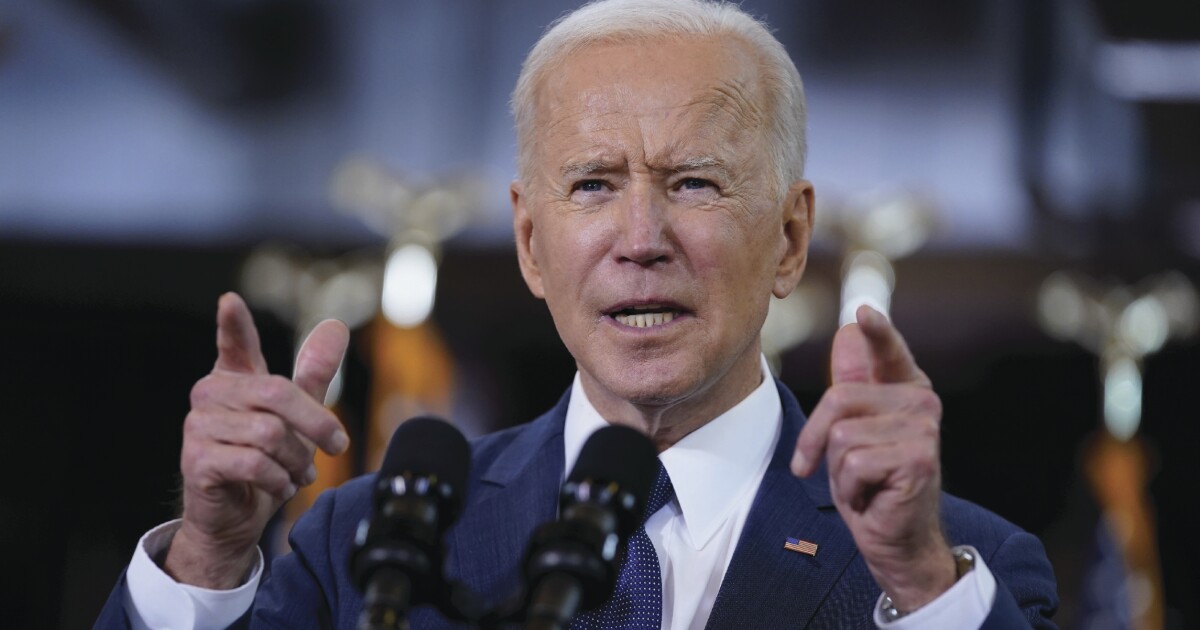 If “Infrastructure Week” degenerated into a punchline in the previous administration, President Joe Biden hopes his version will be a down payment on a transformative Democratic agenda.

“People who get up every day, work hard, raise their family, pay their taxes, serve their country, and volunteer for their communities and [are] just looking for a little bit of breathing room, just a little bit of light,” Biden said as he unveiled his more than $2 trillion infrastructure spending package in Pennsylvania.

But while Biden was selling the proposal as a throwback to President Bill Clinton’s promise to make the economy reward people who “work hard and play by the rules,” Republicans castigated the bill as a “Trojan horse” for a slew of liberal agenda items unrelated to infrastructure.

“This is not going to be, apparently, an infrastructure package. It’s like a Trojan horse. So, it’s called infrastructure, but inside the Trojan horse is going to be more borrowed money and massive tax increases,” Senate Minority Leader Mitch McConnell, a Kentucky Republican, told reporters after Biden briefed him on the details.

“Joe Biden’s ‘infrastructure’ plan is not really about infrastructure. It is another multitrillion-dollar far-left wish list,” said Tommy Pigott, the rapid response director of the Republican National Committee. “Just take a look at the actual bill. Only 7% of the bill’s spending is for what Americans traditionally think of as infrastructure.”

A similar complaint was lodged against the last nearly $2 trillion spending bill Biden signed into law after it passed Congress on a party-line vote. The “American Rescue Plan” was promoted as a COVID-19 stimulus package, famously including the $1,400 individual payments sent to cash-strapped voters in the wake of the pandemic. But Republicans estimated that only 9% of its total spending was directly related to the outbreak.

The Biden administration has defended the spending as necessary investments in the bills’ stated purposes. But it does concede infrastructure is currently only part of the plan. “He’ll talk this week about investments we need to make in domestic manufacturing, R&D, the caregiving economy, and infrastructure,” White House press secretary Jen Psaki told reporters. “In the coming weeks, the president will lay out his vision for a second package that focuses squarely on creating economic security for the middle class through investments in child care, healthcare, education, and other areas.”

The infrastructure plan also includes the union-backed Protecting the Right to Organize Act, which has already passed the Democrat-run House. One of its most controversial provisions has been compared to a California law that would reclassify many independent contractors, including freelance writers and gig economy workers, as employees. Critics say it would also undercut right-to-work laws already on the books in 27 states.

Given that this package comes on the heels of the “American Rescue Plan,” which itself followed two economic rescue measures passed last year totaling more than $3 trillion, and will soon be followed by another round of spending increases, some have raised concerns about the economy overheating. “Given the uncertainties and downside risks, I think a little more caution would be in order for the upcoming proposals,” said Bob Bixby, executive director of the deficit-conscious Concord Coalition.

Even the White House economic team had concerns about borrowing too much to pay for the plan and included more tax increases, including boosting the corporate tax rate from 21% to 28%, to raise revenues. “We don’t believe that the cost should be on the backs of the American people,” Psaki told reporters. “We believe that corporations should be able to bear the brunt for investing in America’s workers, but they can come forward with their ideas.”