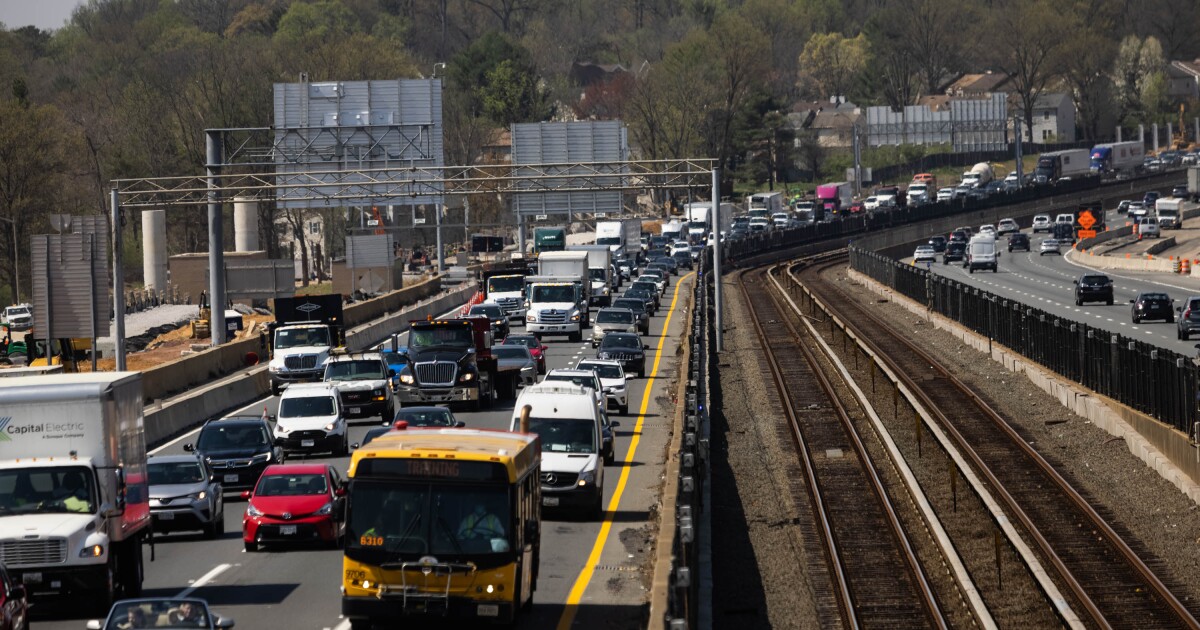 President Joe Biden’s “infrastructure” plan is called the American Jobs Plan, but it doesn’t focus much on infrastructure and wouldn’t create many jobs. A more appropriate name for the $2.2 trillion proposal would be the “American Debt Plan.”

Former President Barack Obama’s “stimulus” bill, which Congress passed in 2009 with Biden as vice president, cost taxpayers a cool $278,000 for every new job added or saved, based on estimates from Obama’s hand-picked economists. Biden’s “infrastructure” plan might have trouble matching even that pathetic record. The plan’s overarching philosophy appears to be that the private sector doesn’t create jobs but government creates jobs.

Moody’s Analytics projects that Biden’s “infrastructure” plan would result in there being 2.7 million additional nonfarm jobs by 2030 at a total cost of $2,183,800,000,000. That works out to $809,000 per job — nearly three times as much as those under Obama’s failed “stimulus” bill. Yet Transportation Secretary Pete Buttigieg said that creating fewer than 3 million jobs at the cost of more than $2 trillion “is a great place to be.”

Perhaps Buttigieg is comparing this anemic rate of return to that of Biden’s recently passed “COVID-19 stimulus” bill, which Moody’s projects will result in about 700,000 additional jobs by 2030 at a cost, per the Congressional Budget Office, of $1.8 trillion. That’s a little over $2.5 million per job. Still, compared to anything but Biden’s wasteful COVID-19 stimulus bill, his infrastructure plan would be an appallingly inefficient job-creation program.

Not only would Biden’s “infrastructure” plan not produce many jobs, but it wouldn’t produce much infrastructure. Most people presumably think of infrastructure as referring to things such as roads, bridges, airports, and subways. For Biden, it means using people’s hard-earned money to fund a left-wing wish list.

Take a look at the three largest specific categories of expenditure in Biden’s infrastructure plan. Third place goes to $174 billion in increased public subsidies for electric vehicles. This windfall of crony capitalism, provided at taxpayer expense, is 10 times the $17 billion that the plan would spend to improve the nation’s ports and waterways.

Second place goes to public housing, which would get a whopping $213 billion in increased funding. At a time when Democrats’ onerous regulations have kept people from building or selling private homes, thereby sending housing prices skyward, Biden’s solution is to pour a fifth of a trillion dollars into public housing and call it “infrastructure.” Biden compares his plan to the United States’s efforts to win the space race, and he proposes to increase spending on public housing by as much as we spent on NASA over the past decade.

The first-place prize for spending in Biden’s infrastructure plan goes to publicly funded care for the elderly and disabled via a big Medicaid expansion. Perhaps realizing that most people won’t buy that this is infrastructure spending, the White House doesn’t get around to discussing this proposal until more than halfway through its lengthy fact sheet. Yet it is by far the largest proposed outlay: $400 billion, 16 times the amount proposed for airports.

Fourth on Biden’s list, not even good enough for a bronze medal, is $115 billion for bridges, highways, and other roads. In other words, the fourth-largest priority in Biden’s “infrastructure” plan is actual infrastructure.

Further evidence suggests that neither infrastructure nor jobs are at the forefront of Biden’s mind. His plan focuses on a subset of “union jobs” that are dependent upon government spending. Small businesses and their workers, which are less likely to be unionized or fueled by government largess, are not the intended beneficiaries of this plan despite their having been disproportionately clobbered by the coronavirus lockdowns that Biden has espoused. As for “the great challenges of our time” that the “infrastructure” plan is designed to meet, the first listed is “the climate crisis.”

What’s more, Biden’s plan talks of “systemic discrimination” and repeatedly emphasizes “racial equity.” It declares, “But unlike past major investments, the plan prioritizes addressing long-standing and persistent racial injustice.” Most people would probably rather see it prioritize actual infrastructure spending and the colorblind ideal of equal opportunity rather than the Left’s new obsession with color-consciousness.

The U.S. cannot afford any of this, literally or figuratively. At the end of the 1980s and the Reagan defense buildup, our national debt was $2.87 trillion. It is now $28.2 trillion, according to the National Debt Clock. We’ve essentially moved the decimal point but in the wrong direction. Now, on top of his newly passed $1.8 trillion COVID-19 stimulus bill, Biden is proposing about $2.2 trillion in “infrastructure” spending. That would be a total of $4 trillion in new spending, about $1.1 trillion more than the entire national debt of 31 years ago, when Biden was about halfway through his Senate tenure.

If Biden is going to propose a massive expansion of government, the least he could do is pitch it honestly to the people. But similar to most far-left proposals, he knows it can’t be sold on the merits, so he is working a con. We’ll see if people will buy it.

Jeffrey H. Anderson served as the director of the Bureau of Justice Statistics from 2017 to 2021 and is the co-creator of the Anderson & Hester Rankings, which were part of college football’s Bowl Championship Series from 1998 to 2014.