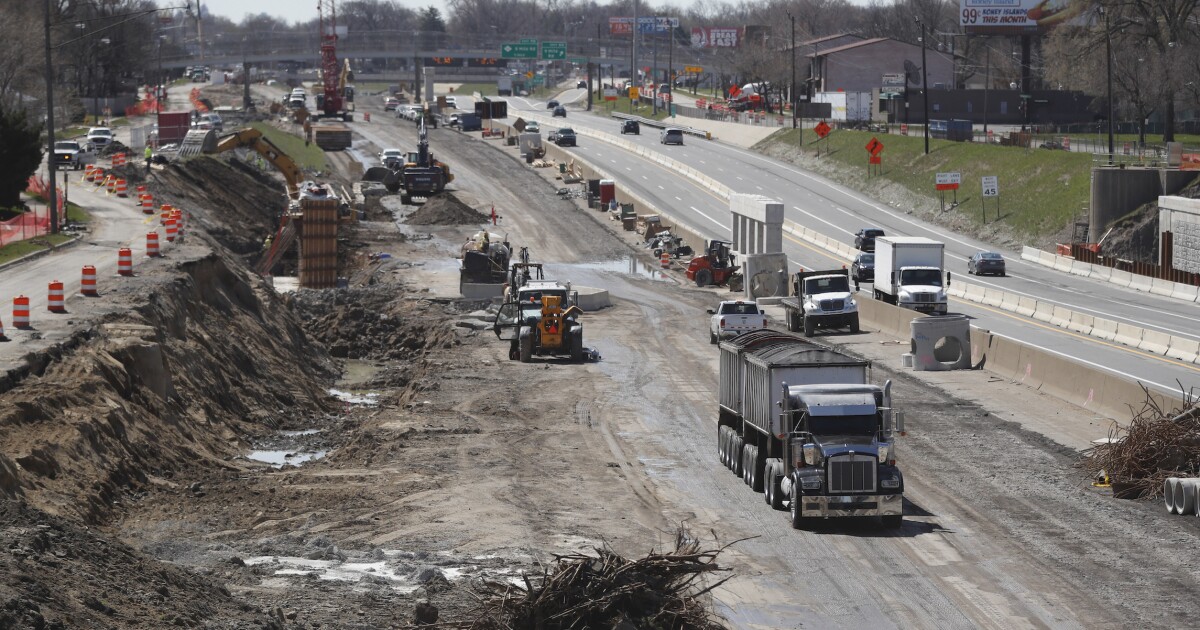 President Biden and the Democrats just spent $1.9 trillion on an unneeded stimulus bill, and that could be just the beginning of their budget blowout. Next up is an infrastructure plan of $2 trillion or more. The stimulus bill was debt-financed, but Democrats are saying that the infrastructure bill will be funded by tax hikes. Those hikes, combined with the labor and green regulations Biden wants to impose, will damage infrastructure, not help it.

The key to infrastructure policy is recognizing that the private sector owns most of it. In 2019, the nation had a massive $40 trillion in nondefense, nonresidential fixed assets, which is a broad measure of infrastructure. The private sector owns 65% of it, including power stations, freight railways, pipelines, factories, broadband networks, and much else. State and local governments own 30%, including highways, schools, and airports. The federal government owns just 5%, including dams, postal facilities, and other assets.

Biden is proposing large increases to business income taxes, including raising the federal corporate tax rate from 21% to 28%. Because private infrastructure is so huge, seemingly modest changes in tax rates can have a large effect. The Tax Foundation estimated that Biden’s tax increases would reduce investment in fixed assets, including infrastructure, by more than $1 trillion.

That would be a big loss to the economy not just because private infrastructure is larger than government infrastructure, but also because it is more innovative. Investment in highways and schools will expand capacity, but private investment expands capacity and usually embodies technological advances. Every generation of factory robots, satellites, semiconductor plants, and broadband infrastructure is more advanced than the last.

Consider broadband providers such as AT&T and Verizon. Every year, they invest more than $50 billion in network infrastructure, such as 5G, that generates broad-based economic benefits. The Progressive Policy Institute is right: “Hundreds of billions of dollars of investment by broadband providers enabled the U.S. internet to respond magnificently to soaring demand when the pandemic hit.”

Biden’s corporate tax hikes would undermine these crucial investments, yet his infrastructure plan includes billions of dollars in subsidies for broadband. Biden would take with one hand what he gives with another, and the overall economy would shrink as markets are replaced by political resource allocations.

It would be the same damaging approach with technology investment. Biden would spend $300 billion on items such as “competitive capital financing to encourage small businesses to commercialize cutting-edge technology.” But the president wants to double the top capital gains tax rate from 20% to 40%, which would dry up financing for small technology businesses. Capital gains are the reward for risky tech investments that take years to pay off, so when capital gains tax rates rise, investors move their funds to safer investments such as tax-free municipal bonds.

Biden’s proposed regulatory policies would also damage investment. His proposals aim for “net-zero emissions,” and one of his first executive orders requires that “every federal infrastructure investment” reduce “climate pollution.” Clearly, Biden wants to squeeze out fossil fuel power generation, which is a major part of America’s infrastructure. The president’s first infrastructure move in office was to kill the Keystone XL oil pipeline.

Union-backed Davis-Bacon rules already raise wage costs on highway projects by about 20%, and PLAs will likely raise costs further. Thus, under Biden’s plan, taxpayers will get less bang for their buck in terms of new infrastructure facilities built with their money.

In a White House meeting on infrastructure on March 4, Biden said that “it makes us a helluva lot more competitive around the world if we have the best infrastructure.” But we won’t have the best if higher taxes and regulations weaken private investment and if federal spending is steered toward boondoggles, such as Biden’s high-speed rail “revolution.”

We would get a real revolution in infrastructure by adopting reforms from abroad to privatize passenger rail, airports, seaports, air traffic control, water systems, and other facilities. There is no need to subsidize infrastructure if it can be moved out of the government and supported by user fees. Rather than spending $2 trillion, we should privatize infrastructure where feasible and cut taxes and regulations on the rest.

Chris Edwards is the director of tax policy studies at the Cato Institute and the editor of DownsizingGovernment.org.