Home Business Bidenomics is winning without a fight 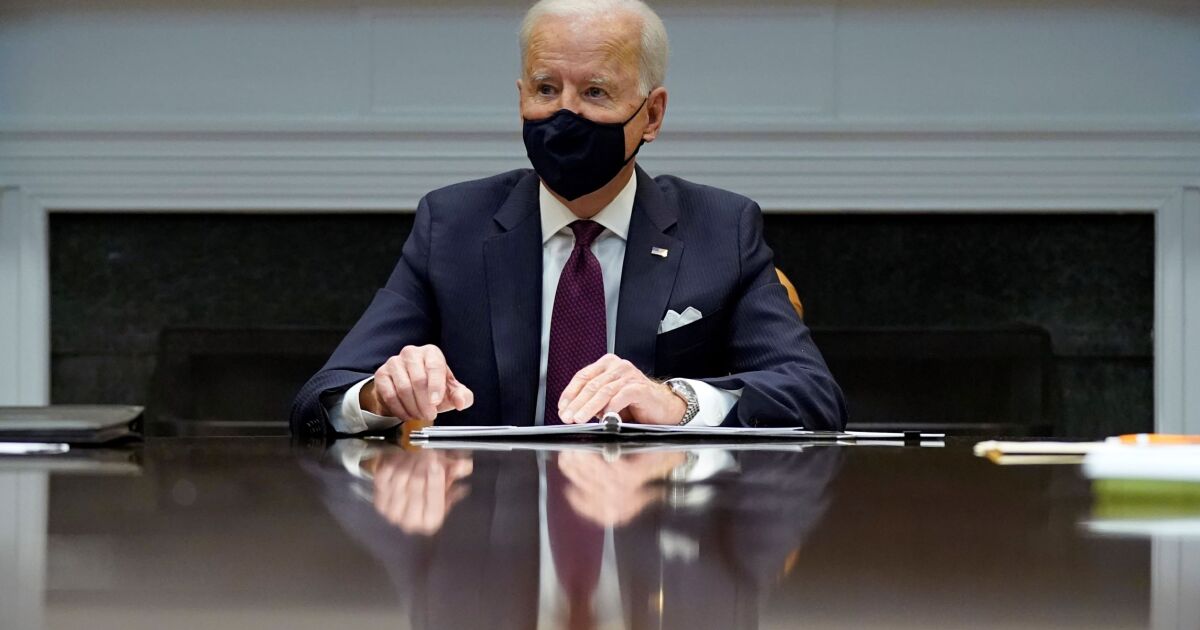 A $1.9 trillion coronavirus relief bill with vaccines and testing as an afterthought. A $2.3 trillion “infrastructure” proposal that prioritizes climate activism and corporate welfare over roads and bridges. President Joe Biden is confirming the worst fears of those who didn’t vote for him and no few who did: He’s all-in on the economics of profligacy. The economic theories behind these reckless policies, unvetted by the scientific community, have captured Washington without a fight.

Bidenomics is Keynesianism on steroids. But we must distinguish Keynesianism from the economics of Keynes himself. The godfather of modern macroeconomics was no spendthrift. Sure enough, he believed the government must spend to meet aggregate demand shortfalls or else the economy would languish in recession. But Keynes was adamant that in times of full employment, the government should scale back. The ideal was balanced budgets over the course of the business cycle.

The problem with Keynes’s system is that it collapses under political pressure. In 1977, future Nobel laureate James Buchanan and Richard Wagner, one of his greatest students, published Democracy in Deficit: The Political Legacy of Lord Keynes. They realized an awful truth: Keynes’s theories gave politicians an excuse to do what they always wanted in the first place: spend without limit. But those same politicians would never choose to spend less, even after the economy recovered. Keynesianism in practice is a one-way fiscal ratchet. It destroyed the intergenerational social contract, saddling our posterity with crippling debt before they can defend themselves at the ballot box. Whatever the merits of Keynes’s system as economics, Buchanan and Wagner argued, it fails as political economy. They were right.

After World War II, Keynesianism swept the academy, becoming scientific orthodoxy for an entire generation of economists. Towering intellects such as Milton Friedman, Robert Lucas, Edmund Phelps, and Thomas Sargent eventually convinced their scholarly peers that Keynesianism was bankrupt. The disciples of Keynesian macromanagement stood manfully in the scholarly arena, giving blow for blow. But eventually, the better ideas triumphed over the worse, as is proper.

Bidenomics was never subject to this trial by battle. The president’s economic advisers are peddling ideas that were discarded a generation ago or else are foolhardy innovations with no scientific pedigree. It’s the Buchanan and Wagner story all over again: The political economy of prodigality is winning not because it’s good economics but because it’s good politics.

Just a few years ago, left-wing economists could separate their ideology from their scientific enterprise. Many of them still can. Case in point is Larry Summers, a brilliant scholar who also occupied the commanding heights of policy for decades. Summers recently expressed his skepticism at Biden’s fiscal excesses. “It doesn’t seem prudent on resource allocation grounds, as well as being problematic on macroeconomic grounds,” he warned. Summers still believes in scarcity, opportunity costs, trade-offs, and constraints. But politics has passed him by. Humility and restraint are no longer convenient.

Bidenomics is a hodgepodge of untested assertions. Deficits and debt don’t matter. There are no long-term supply constraints. Productivity is about purchasing power, not productive capacity. Collectively, these represent a revolution in economic thought beyond even the Keynesianism of yesteryear. But this time, there was no intellectual proving ground. The administration has steered the ship of state off the edge of the map.

The president and his economic team can only ignore reality for so long. The longer Bidenomics reigns unchallenged, the harder the landing will be. When an ancient Roman general celebrated a triumph, he would be accompanied by a servant who whispered in his ear, “Remember, you are mortal.” We desperately need an economist who has the courage to whisper in the president’s ear, “Remember, you have a budget constraint.”

Alexander William Salter is an associate professor of economics in the Rawls College of Business at Texas Tech University and a research fellow at TTU’s Free Market Institute.