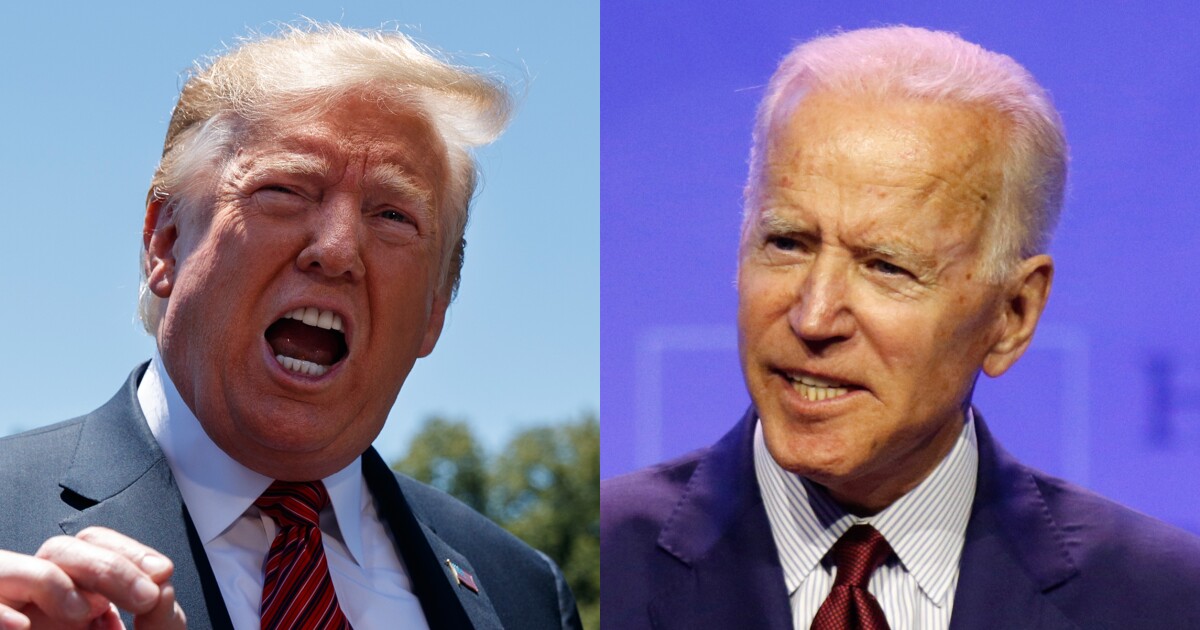 Joe Biden is expected to use the first presidential debate to attack President Trump on one of his strengths: his handling of the economy.

Both sides anticipate that Biden will blame Trump for the tens of millions of job losses in the coronavirus pandemic as well as the immense financial struggles facing workers with lower incomes, those without a college degree, and black and Hispanic people.

“When there’s so much wreckage all over the country because of Trump’s mismanagement of the pandemic, I think Biden’s attack strategy is pretty straight forward,” Seth Hanlon, a senior fellow at the Center for American Progress, a left-leaning think tank, said.

“A lot of things just speak for themselves,” Hanlon, who was a special assistant for economic policy to President Barack Obama, said.

Economists told the Washington Examiner that Biden will likely structure his arguments around those who are unemployed because of Trump’s mishandling of the virus and the lack of aid provided by the federal government in the past few months.

“In a lot of ways, we’re still worse off than we were before,” Kyle Pomerleau, an economist at the right-leaning American Enterprise Institute, said. “Just look at the unemployment rate. It’s at a level we shouldn’t find acceptable.”

He added that the closure of thousands of businesses nationwide shows that the economy still needs plenty of help, presenting an opening for Biden.

“Biden could say it’s Trump’s fault for not passing another robust stimulus package. The great deal-maker couldn’t get this deal done,” Pomerleau said.

Earlier this month, Biden hit Trump on his handling of the economy, saying the recovery has been “K-shaped,” meaning that the wealthy have done well but that lower-income families have suffered.

Biden currently leads the presidential race in national and several swing-state polling averages, but Trump is ahead when it comes to issues pertaining to jobs and the economy.

Trump is expected to tout the strength of the recovery during the debate.

“I think Trump will take the offensive and talk about the four months of job creation, the latest GDP projections, which are huge,” Stephen Moore, one of Trump’s top outside economic advisers, said. “Any debate about the economy is great from Trump.”

The unemployment rate fell 1.8 percentage points to 8.4% in August after 1.37 million jobs were added during the month. Unemployment is already below the rate that Federal Reserve officials expected it to be at the end of the year.

Consumer confidence also surged in September as some states eased their coronavirus restrictions, and home prices have been rising. However, weekly applications for unemployment benefits remain extremely high, and many industries, such as restaurants and theaters, are in dire straits.

Moore met with Trump at the White House last week to prepare him for the debate by giving him the latest economic data. He also said that Trump will play up his recent executive actions and his critique of Speaker Nancy Pelosi.

“Trump is probably going to talk about his payroll tax cut, the money he’s given to the unemployed and students, and he’s going to say Pelosi held up the recovery bill because she wanted more money for her blue states that are bleeding,” Moore, who is also a contributor to the Washington Examiner, said.

Democrats say that Trump’s arguments for the strength of the economy are not persuasive for those on the bottom end of the socioeconomic ladder.

“I think that Trump’s argument is very tortured,” Rep. Tom Suozzi, a Democrat from New York, said. “Right now, things are really bad economically for large swaths of people. We know that the recovery has been very uneven.”

He emphasized the need for Biden to come across as sympathetic to the financial plight of many, especially in contrast with Trump’s message that the economy is doing well.