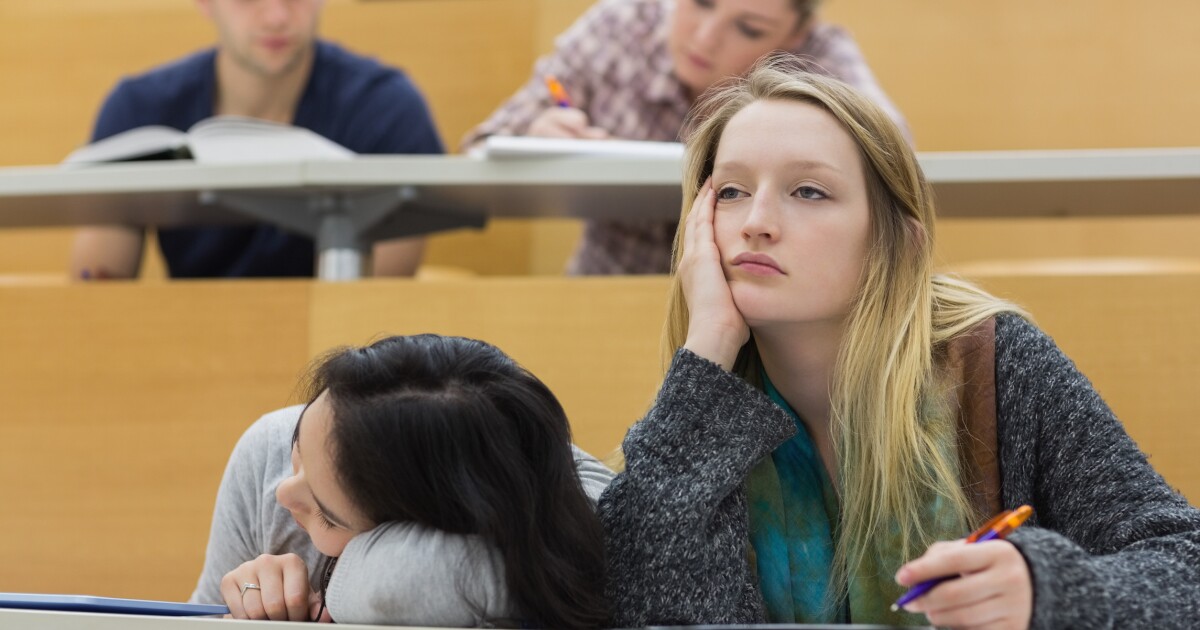 President-elect Joe Biden’s plan to cancel billions of dollars in student loan debt is facing skepticism from liberals who say it will largely benefit high earners and fail to stimulate economic growth.

In the event that Republicans hold the Senate and block much of his progressive legislative agenda, lessening student debt is one of the biggest goals Biden could pursue unilaterally. Biden said earlier this week there should be “immediate” congressional action on student loan forgiveness. Some Democratic senators, however, have said the president could even use executive authority to cancel student debt.

There are roughly 42 million people in the United States with an aggregate $1.5 trillion in college debt, according to the Brookings Institution, a left-leaning think tank. Biden this week recommitted to erasing $10,000 of debt for everyone with student loans. During the presidential campaign, Biden also promised to forgive all of the student debt for those who attended public colleges or historically black colleges and earn less than $125,000 a year. Biden’s policy would cut the $1.5 trillion in student debt by about a third, according to Mark Kantrowitz, a financial aid expert with SavingForCollege.com.

Democrats say that erasing student debt would benefit young people starting their careers excessively burdened with loans. They also say the president-elect’s plan would free up cash that could be put into the economy and help it recover from the pandemic.

Yet many economists, including liberal ones, say that student loan forgiveness is much more likely to help those who are already succeeding than those who are struggling.

“If you cared about creating progressive policies to help low- and middle-income families based on need and hardship, then student loans are not that,” said Adam Looney, an economist from the Brookings Institution.

“People who will benefit from student loan forgiveness are not just higher income but totally different socioeconomic class,” said Looney, who served on President Barack Obama’s Council of Economic Advisers and in his Treasury Department.

He said that those with student loans typically have much higher incomes and are more educated than the average person, while their earnings potential is also much higher.

According to a Brookings analysis Looney co-wrote, those in the top 40% of household incomes (those with incomes above $74,000) owe almost 60% of the outstanding education debt and make almost three-fourths of the student loan payments. On the other hand, those in the bottom 40% of household income hold just under 20% of the student loan debts and make only 10% of the payments.

Warren and Senate Minority Leader Chuck Schumer from New York are pushing for much more debt relief than Biden has called for. The senators co-authored a bill in September asking for the next president to cancel up to $50,000 of remaining federal student loan debt per borrower. Such an action would cancel all student debts for more than 75% of borrowers.

Progressives in the House of Representatives also appear to be in support of this proposal.

“I believe people like me should have to pay my student loans which is why I’m strongly in favor of any proposal that provides broad relief to the working class and middle class,” Democratic Rep. Ro Khanna of California said in a text message to the Washington Examiner.

“This will foster more people becoming entrepreneurs, going into public service, buying homes, and starting families. Not everyone will have to run to Wall Street to start their careers. That’s a good thing,” said Khanna.

However, Khanna also said he would prefer if Schumer and Warren’s student loan forgiveness plan or Biden’s was “well tailored” and would focus on those with lower household incomes and less economic mobility. Currently, Warren’s $50,000 debt cancellation proposal is not restricted to those with low incomes. Biden’s plan would also allow the first $10,000 of student loan debt to be canceled for any borrower, regardless of household income.

“I think Warren’s plan is crazy. It’s a lot of money, and it’s not targeted,” said Looney from the Brookings Institution.

“Fifty-thousand dollars across the board for all borrowers is a trillion dollars. That’s more than all of our Pell Grants combined, or 40 years of welfare,” Looney said.

Furthermore, some liberal economists say student loan forgiveness does very little for the economy at large and people’s personal wealth.

Harvard economist Jason Furman, previously a top adviser to Obama, said this week that student loan debt forgiveness was “not a great idea” because its effect on economic growth was close to zero, the forgiveness is taxable, and its effect on people’s wealth in the short run was “small.”

Biden’s plan to forgive any borrower’s first $10,000 of student debt, for example, would result in approximately $100 less every month in loan payments for 10 years, for each borrower. Looney said such a small amount of money would have little to no effect on people’s spending habits.

Looney said it was possible that Democrats were pushing for student loan debt relief because it’s an issue that’s popular with powerful, vocal constituents such as doctors, lawyers, and MBA graduates, many of whom hold lots of debt and want to lower their financial obligations despite their high-earning potential. However, student loan forgiveness could come at the cost of helping those who are truly impoverished and struggling, he said.

“If we’re going to have a new policy to give a trillion dollars to someone, why give to college grads instead of people who are truly disadvantaged?” he said.