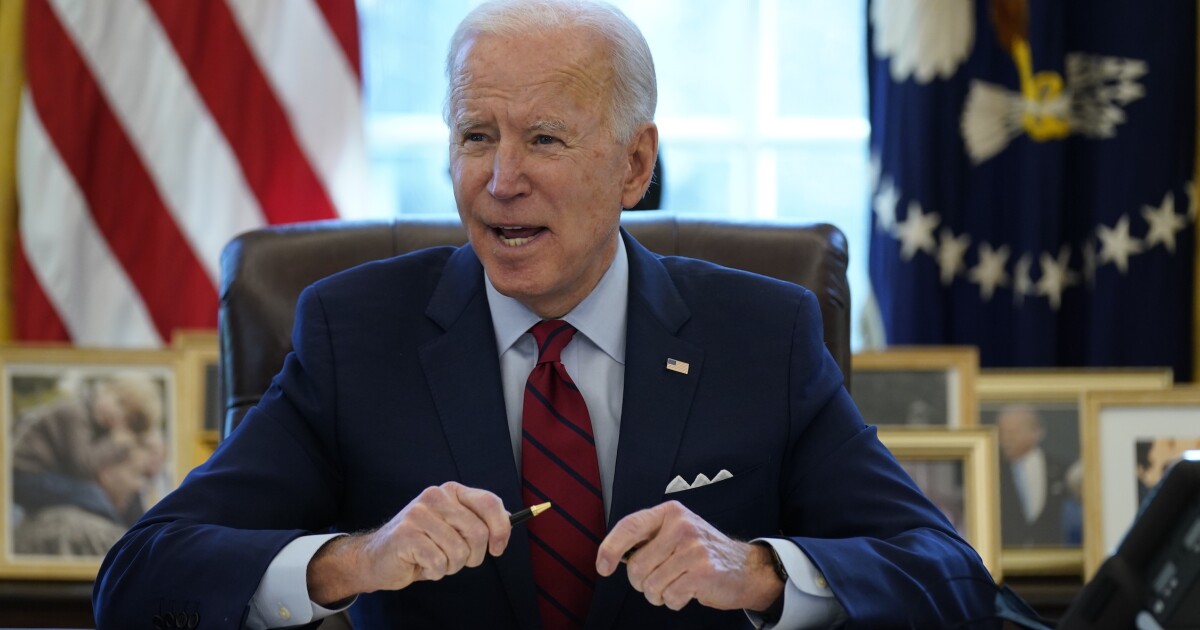 President Biden on Friday warned a still-sputtering economy is hampering a full jobs recovery, using his bleak assessment to continue pressuring Republican and Democrats alike to strike a deal on the details of his proposed $1.9 trillion coronavirus relief package.

“We’re going to be talking about the recovery package, but you saw the jobs report. Only 6,000 private-sector jobs have been created,” Biden told reporters in the Oval Office as he convened with Democratic House leaders and Vice President Kamala Harris. “At that rate, it’s going to take 10 years before we get to full employment.”

“That’s not hyperbole. That’s a fact,” he added. “We’re going to be in a situation where it takes a long, long time.”

The United States last came closest to the president’s goal of “full employment” in January 2020, when the unemployment rate stood at 3.5%, according to the Bureau of Labor Statistics. It soon began to climb severely as the COVID-19 pandemic spread across the country, hitting a peak of 14.8% in April 2020. The bureau’s latest numbers, from January, put the national unemployment rate at 6.3%.

Biden pointed to his experience as vice president when he helped shepherd an economic package through Congress as the country dealt with the 2008-2009 “Great Recession” that began under the George W. Bush administration.

He said it was “hard as hell” to secure the votes needed for the 2009 Recovery Act under President Barack Obama, and he used that administration’s experience to say Washington should have learned a lesson from those negotiations.

The president has been negotiating his $1.9 trillion “American Rescue Plan,” meeting this week with Republicans and Democrats at the White House. Aides say he has also been working the phones as the White House and Democratic leaders reportedly want a bill on his desk by the end of February.

[Read more: GOP uses COVID talks to paint Biden as ‘puppet’ of Pelosi, Schumer — and his own staff]